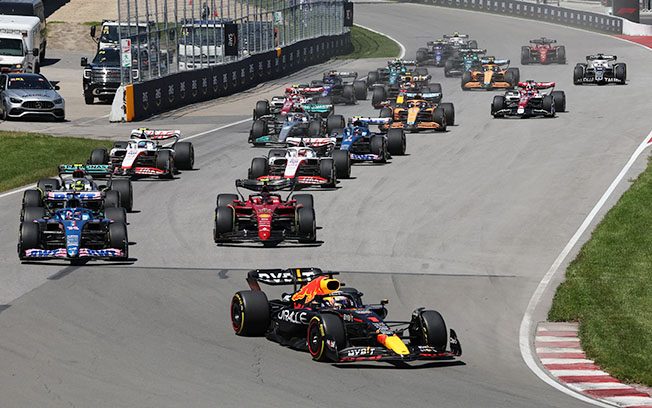 Formula One’s governing body approved engine regulations for 2026 on Tuesday, an eagerly-awaited move that could lead to the arrival of premium Volkswagen Group brands Porsche and Audi.

The new power unit will retain the high-revving 1.6 litre V6s but have significantly increased electrical power and use 100% sustainable fuels.

The current Motor Generator Unit Heat (MGU-H) element will be removed, reportedly a pre-requisite for the Volkswagen Group brands to come in.

“The regulations are intended to make it possible and attractive for newcomers to join the sport at a competitive level,” the FIA said.

It added they were the result of a “collaborative consultation between the FIA and both incumbent and potential new PU (power unit) manufacturers.”

Media reports have indicated Porsche is planning to take a 50% stake in Red Bull Technology, the company which builds cars for the current championship leaders.

“The first actual hurdle for any new manufacturer coming in is those technical regulations for the power unit from 2026 onwards,” he said.

Audi have been linked to Sauber, the Swiss-based company that runs the Alfa Romeo team.

FIA president Mohammed Ben Sulayem said significant time and resources had gone into analysing and resolving the problem of vertical oscillation with the new generation of cars introduced this year.

“The FIA has a duty to act and ensure that the drivers are not put at undue risk of injury as a result of this phenomenon,” he added.

The FIA will be measuring the phenomenon from the Belgian Grand Prix at the end of August.

In 2023 floor edges will be raised by 15mm, a compromise agreed by teams after the FIA initially proposed raising them by 25mm.

Some teams, such as Ferrari and Red Bull, do not have a problem with porpoising and argued the initial proposals favoured those who got this year wrong.

The FIA said a key finding from the Silverstone crash was that the pointed top of the Alfa’s roll hoop ripped off after digging into the asphalt when the car flipped.

A rounded top will now be required.

“For 2024, the intention is to proceed to a significant overhaul of the roll hoop tests to ensure that cars in the future resist significantly more severe loads,” the FIA added.