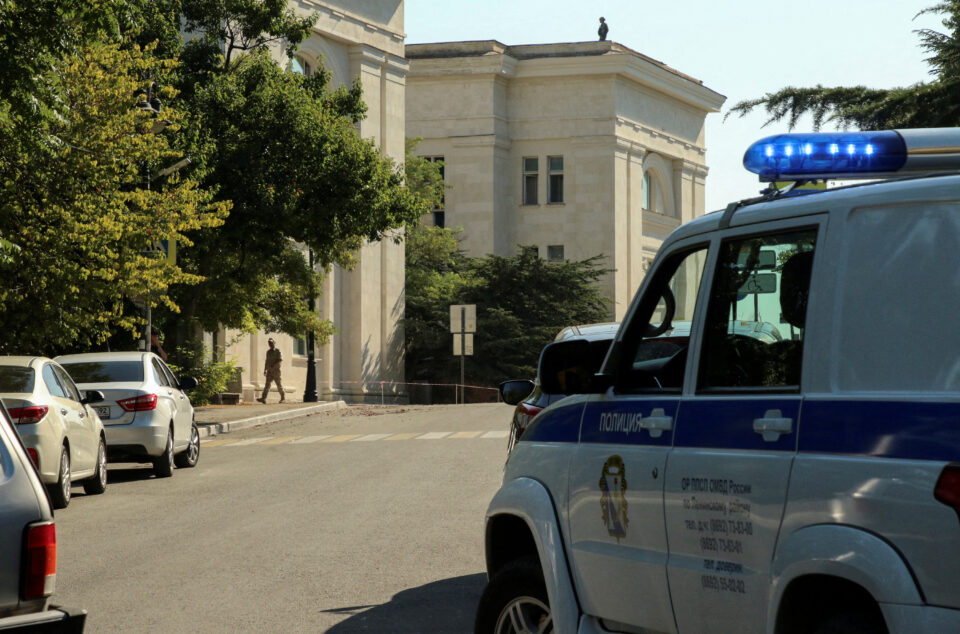 Russia has replaced the commander of its Crimea-based Black Sea Fleet, a state news agency reported on Wednesday, after a series of explosions rocked the peninsula it annexed in 2014 and had previously seen as a secure rear base for its war in Ukraine.

Moscow blamed saboteurs for blasts that engulfed an ammunition depot in northern Crimea on Tuesday. Plumes of smoke were later seen rising at a second Russian military base in central Crimea, Russia’s Kommersant newspaper said.

Ukraine has not officially taken responsibility but has hinted at it. The apparent Ukrainian capability to strike deeper into Russian-occupied territory, either with some form of weapon or with sabotage, indicates a shift in the conflict. Blasts destroyed warplanes at a Russian naval airbase in Crimea last week.

On Wednesday, Russia’s RIA news agency cited sources as saying the commander of its Black Sea fleet, Igor Osipov, had been replaced with a new chief, Viktor Sokolov.

If confirmed, the move would mark one of the most prominent sackings of a military official so far in a war in which Russia has suffered heavy losses in men and equipment.

State-owned RIA cited the sources as saying the new chief was introduced to members of the fleet’s military council in the Crimean port of Sevastopol.

The Black Sea Fleet, which has a revered history in Russia, has suffered several humiliations since President Vladimir Putin launched the invasion of Ukraine – which Moscow terms a “special military operation” – on Feb. 24.

In April, Ukraine struck its flagship, the Moskva, a huge cruiser, with Neptune missiles. It became the biggest warship to be sunk in combat for 40 years.

Crimea, which Russia seized from Ukraine in 2014 and has extensively fortified since then, provides the main supply route for Russian forces in southern Ukraine, where Kyiv is planning a counter-offensive in coming weeks.

Ukrainian military intelligence said in a statement that after the recent explosions in Crimea, Russian forces had urgently moved their some of their planes and helicopters deeper into the peninsula and to airfields inside Russia. Reuters could not independently verify the information.

President Volodymyr Zelenskiy urged Ukrainians to steer clear of Russian military bases and ammunition stores and said the explosions could have various causes, including incompetence.

“But they all mean the same thing – the destruction of the occupiers’ logistics, their ammunition, military and other equipment, and command posts, saves the lives of our people,” he said in an evening address on Tuesday.

On Wednesday Russia’s FSB security service said it had detained six members of what it called an Islamist terrorist cell in Crimea, though it did not say if they were suspected of involvement in the explosions.

The Black Sea fleet has also blockaded Ukraine’s ports since the start of the war, trapping vital grain exports, which are only now starting to move again under an agreement brokered by Turkey and the United Nations. R

Another three ships left Ukraine on Wednesday, the infrastructure ministry said on its Facebook page.

“This morning, three ships with Ukrainian food products left the ports of Chornomorsk and Odesa… More than 33,000 tons of agricultural products are on board,” it said.

‘WHERE SHOULD WE GO’

The war has caused millions to flee, killed thousands and deepened a geopolitical rift between the West and Russia, which says the aim of its operation is to demilitarise its neighbour and protect Russian-speaking communities.

Ukraine, which broke free of Moscow’s rule when the Soviet Union broke up in 1991, accuses Russia of waging an imperial-style war of conquest.

Pavlo Kyrylenko, the governor of the eastern Donetsk region, which has seen some of the fiercest fighting, said early on Wednesday that two civilians were killed and seven wounded in shelling by Russian forces in the past 24 hours.

The Ukrainian government has ordered mass evacuations in Donetsk, but for one couple on a small farm near the city of Kramatorsk leaving was not an option.

“Grandmother cannot be transported – she is almost 100 years old,” Nataliia Ataiantz, 47, said as she checked on the elderly woman. For her husband, Oleksandr, the idea of leaving was “scary”.

“Our parents are buried here. And this is our land too … where should we go, to foreign country?” he said.