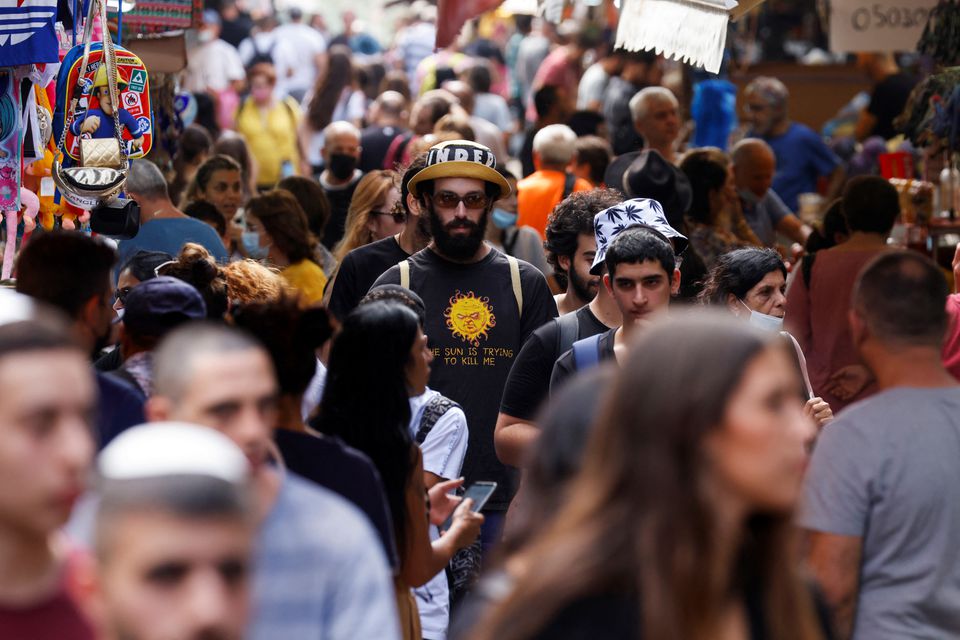 A sharp rebound in Israel’s economic activity and a jump in annual inflation have made a 0.75-point interest rate increase more likely next week, analysts said on Tuesday.

The central bank had looked headed for a second straight half-point move at its upcoming Aug. 22 policy meeting, but data showed stronger than expected economic growth in the second quarter a day after a further uptick in prices.

That followed figures on Monday showing the annual inflation rate jumped to 5.2 per cent in July, its highest level since October 2008, from 4.4 per cent in June.

The central bank, headed by governor Amir Yaron, projects Israeli economic growth of 5 per cent in 2022 after a more than 8 per cent spurt last year. It also sees an inflation rate of 4.5 per cent this year, above an official 1 per cent-3 per cent annual target, but easing to 2.4 per cent in 2023.

Inflation in Israel is still far below Western levels, but with prices rising rapidly and anger growing among Israelis, the cost of living has become a main issue for candidates running in the Nov. 1 general election.

Citi economist Michel Nies said he now foresees another 150 basis points of tightening through the rest of 2022, with a possibility of a three-quarters point move next week, and more hikes in 2023 that would increase the risk of a “policy-induced downturn” in economic activity.

Goldman Sach economist Tadas Gedminas also said he expects a three-quarter point hike at the upcoming meeting instead of a half-point.

Since April, policymakers have lifted the key rate to 1.25 per cent, the last move a half-point increase in early July, from 0.1 per cent in April.

The last time the Bank of Israel moved by three-quarters of a point was a rate reduction in early 2009. It last hiked rates by at least that amount in mid-2002.

Second-quarter gross domestic product growth in the second quarter was led by 10 per cent gains in both exports and private spending, while investment rose 7.7 per cent and government spending gained 5 per cent.

“This is a strong print supporting our assessment that economic activity remains strong in Israel,” said Leader Capital Markets Chief Economist Jonathan Katz, adding the latest data mean “a greater chance for a 0.75 per cent hike”.