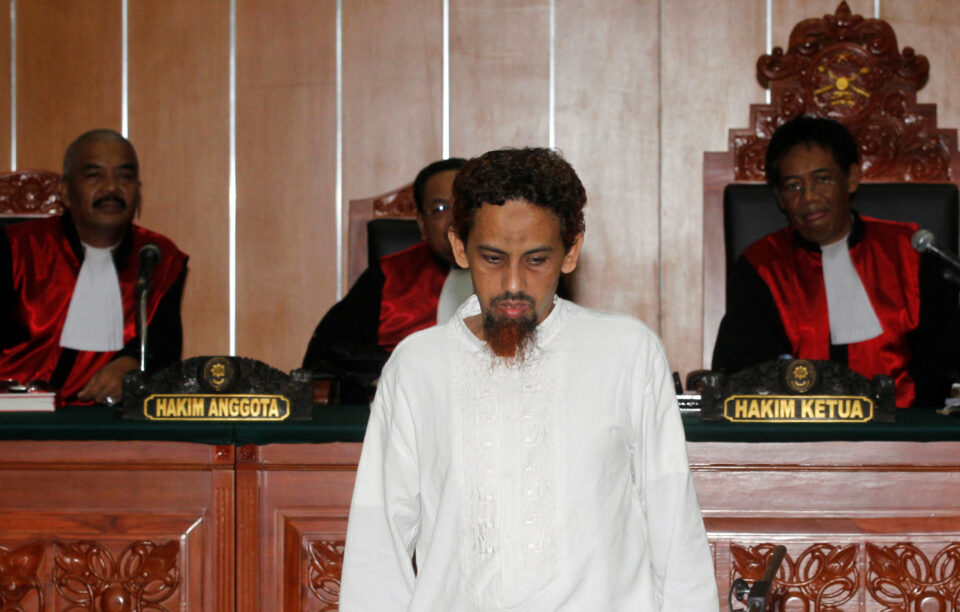 An Indonesian man jailed for his role in the deadly 2002 Bali bombings could be released on parole in days after his sentence was reduced, a law official said on Friday, news that shocked those impacted by the attack at home and abroad.

Umar Patek, a member of the Al Qaeda-linked Jemaah Islamiyah, was jailed for 20 years in 2012 after he was found guilty of mixing bombs that ripped through two Bali nightclubs a decade earlier, killing 202 people, including 88 Australians.

Patek, who was also convicted for his role in deadly church bombings in 2000, was this week granted the latest of severalsmall reductions to his sentence as part of remissions regularly given to inmates to mark Indonesia’s Aug. 17 independence day.

The bomber is now eligible for parole this month because he has served two-thirds of his sentence, said Zaeroji, head of the law and human rights office in East Java where Patek is jailed.

The matter has been passed to the justice ministry for final approval, added Zaeroji, who goes by one name. The ministry did not respond to a Reuters request for comment.

“I hope the government, especially President Joko Widodo, will please suspend this decision,” Thiolina F Marpaung, a victim of the attack, told Reuters from her home in Bali’s capital Denpasar.

“Because for us, the survivors, while our tears have dried the pain inside our bodies, our body parts, persist,” she added, showing a burn mark on her arm she suffered while passing by the nightclub when the bombs went off 20 years ago.

The decision has also sparked criticism in Australia, where Prime Minister Anthony Albanese said Patek’s release would have a devastating impact on the victims’ families.

“They have a system whereby when anniversaries occur, quite often sentences are reduced and commuted for people,” Albanese told reporters in Queensland.

“But when it comes to someone who’s committed such a heinous crime… then we have a very strong view,” he said, adding his government wouldraise the issue with Indonesia.

On the run for nine years, there had been a $1 million dollar bounty on Patek’s head before he was finally apprehended in Abbottabad, Pakistan, in 2011, in the same town where Osama bin Laden was killed several months after his arrest.

Bali bombing mastermind Hambali, also known as Encep Nurjaman, is currently being detained at Guantanamo Bay in Cuba and has been awaiting trial since 2006.