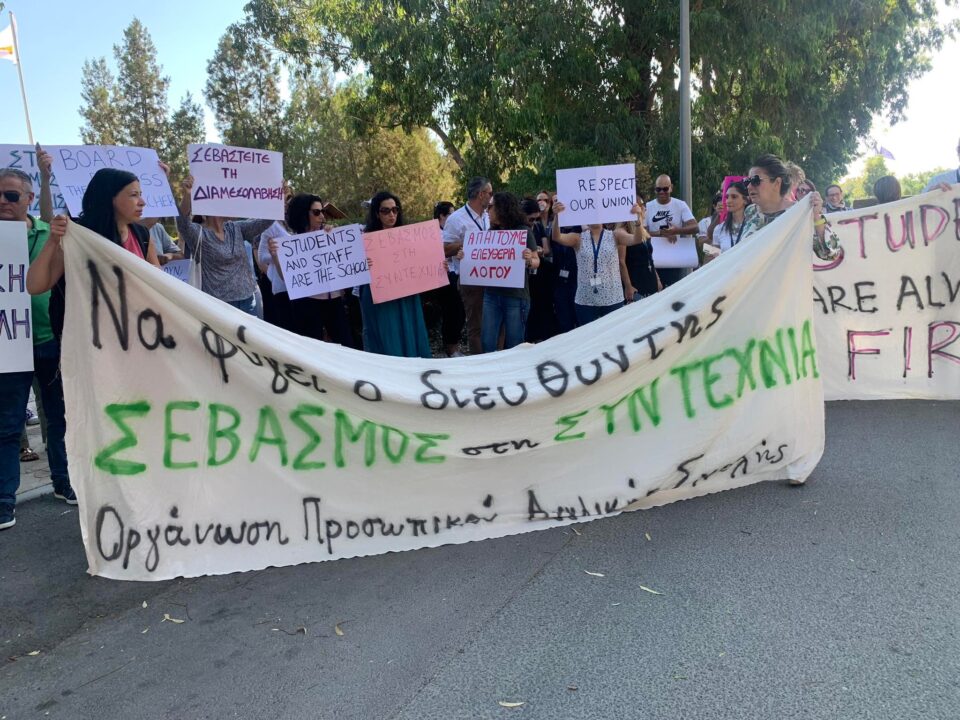 The House committee on education is to hold an extraordinary session on Wednesday August 24 to discuss the issues prompted by the recent layoffs at the English School in Nicosia, according to its agenda posted online.

Specifically, the items to be discussed include the legal framework governing the English school and the obligations derived from it, and the complaints launched against the school by staff union (ESSA) regarding what they call arbitrary layoffs.

Main opposition party Akel had called for the education committee to hold an extraordinary meeting to address the layoffs and called on the president to intervene.

The party on Wednesday expressed discontent over staff moves at the school, branding the administration as authoritarian, and a victimiser of both the school and its students.

It said that the administration proceeded to illegally dismiss three teachers whose only “sin” was that they dared to defend the rights of their colleagues.

According to Akel, the direct intervention of the president at this stage was required to revoke “the authoritarian and vindictive decision of the school’s administration” as he is the only one who can create conditions for dialogue.

In calling for an extraordinary meeting of the House education committee it noted that the school’s board of directors – appointed by the council of ministers – illegally refused to attend the session on July 26. The party said this would not be tolerated a second time.

According to the House committee’s agenda, among those invited to attend the extraordinary session on Wednesday is the auditor-general, the commissioner for the protection of human rights, the director of the office of the president and other officials, representatives from the board of directors of the school, the staff union and the association of parents.

According to Akel, there is only one way out of this crisis: “to revoke the dismissals and start a dialogue.”

English School staff union last month protested outside the presidential palace, calling for the decision to dismiss three teachers to be revoked.

The three teachers, members of the union, received their letters informing them of the decision to dismiss them after the school closed for the summer.

In an announcement on Thursday the staff union said that the three teachers were laid off because of their union activity. “… despite their excellent evaluations as teachers, they were prosecuted and fired because they led the English School staff organisation with ethos and with principles,” it said.

The board has said the school has “a well-established right to apply the provisions of its disciplinary code where it has reasonable grounds to suspect that disciplinary misconduct has been committed.”

It added that the school’s right to proceed with legal procedures has been confirmed by the relevant department of the labour ministry.

It also clarified that the decision was unrelated to the academics’ trade union involvement.

Founded over 100 years ago, the English School is a private secondary school the legal status of which was confirmed in 2007 by a final decision of the Supreme Court. However, it is still regulated by a special legislation dictating that its management and maintenance are responsibilities of the state, which also means that part of its budget comes from state funding.