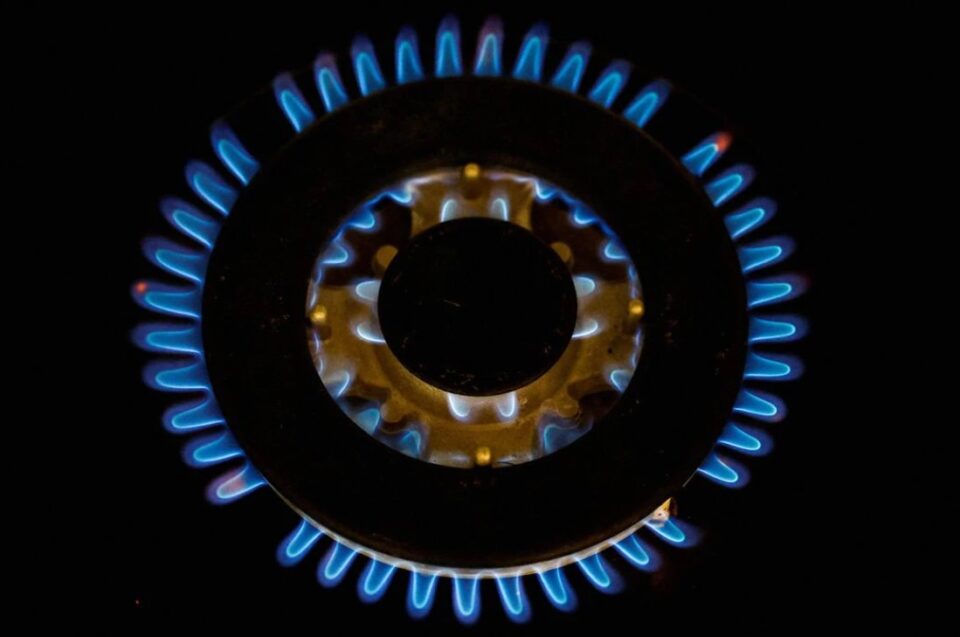 Another dramatic spike in natural gas prices appears to have ended any hopes that Europe’s inflation battle is set to ease, with financial markets now bracing for higher prices, a faster pace of interest rate hikes and a deeper economic downturn.

Just a few weeks ago, signs that inflation in the United States – which tends to lead world economic shifts – might be peaking boosted stocks and lowered government borrowing costs. Investors bet central banks would now pay more attention to slowing economies, with a peak in the rate-hiking cycle nearing.

Instead, this week began with a forecast from US bank Citi that UK inflation would rocket to a near half-century high of 18.6 per cent by January, a prediction that dominated British newspaper front pages on Tuesday.

That landed as another explosive rise in natural gas prices showed little sign of slowing, with Russia signalling further squeezes on exports and European buyers scrambling for supplies before winter.

Gas prices have surged almost 40 per cent in August and nearly 300 per cent this year.

“The key is energy, energy, energy. There is an energy crisis, let’s be honest about that, electricity prices are 10 times pre-COVID levels, that is a shock to the system,” said Thomas Costerg, senior economist at Pictet Wealth Management.

“The US and Europe are on different paths. We all knew that the Achilles’ heel of Europe is foreign energy and now they are paying the price for that,” he said, referring to European reliance on Russian gas.

So it’s no surprise the mood has soured fast. World stocks (.MIWD00000PUS) have shed 4.3 per cent from a 3-1/2 month high last Tuesday, the euro has pushed back below $1 and US 10-year Treasury yields are back at 3 per cent.

Monica Defend, head of the Amundi Institute, predicts a fall in the euro to $0.96 by December because of Europe’s weak economy.

Concern is growing that central bankers, gathering at this week’s Jackson Hole symposium, are laying the ground for more aggressive rate hikes than previously expected. Without some certainty about when the hiking will end, investors are nervous.

“The market was increasingly confident that recession is going to be the dominant theme, that central banks were going to be more conciliatory or relaxed in their policy tightening,” said Richard McGuire, head of rates strategy at Rabobank. “Since the beginning of last week that has completely reversed.”

Just take a look at market-based measures of inflation expectations. Short-term gauges in the euro zone and Britain jumped to record highs this week. ,

One long-term gauge watched by the European Central Bank (ECB) in the euro zone rose to 2.24 per cent on Tuesday, after falling below the ECB’s 2 per cent target in July. .

ECB policymaker Isabel Schnabel warned last week that inflation expectations may be getting “de-anchored”, central bank speak for a loss of trust in the bank’s willingness to deliver on its mandate.

In Britain, a similar inflation gauge rose to 3.82 per cent this week, from 3.4 per cent in late July.

Two-year British government bond yields, trading at their highest since 2008, saw their biggest weekly jump since 2010 after data last week showed inflation hit 10.1 per cent in July. Investors on Tuesday were betting the Bank of England would not stop hiking until June 2023 and rates are around 4.2 per cent. Before the inflation reading, they expected a peak of 3.25 per cent in March.

Euro zone markets have also raised where they think ECB rates will peak next year, by about 50 basis points to around 2 per cent, Refinitiv data shows.

Craig Inches, head of rates and cash at Royal London Asset Management, said the rise in market-based inflation gauges showed markets were now focused on “the next round of inflationary impact”. Causes range from a European drought, to the gas crisis and pandemic-related supply constraints in China.

“There seem to be numerous stories that can point to more entrenched, embedded inflation,” he said, adding markets were now asking themselves “how high do interest rates need to go”?

Inflation expectations are rising in the United States too, but the outlook for Europe looks much gloomier.

“Inflation in Europe was expected to rise in the fourth quarter but the scale of the rise we’re now facing is a new event because of the renewed surge in gas prices,” said Holger Schmieding, chief economist at Berenberg.

“That is a new shock that was not foreseen a few weeks ago.”