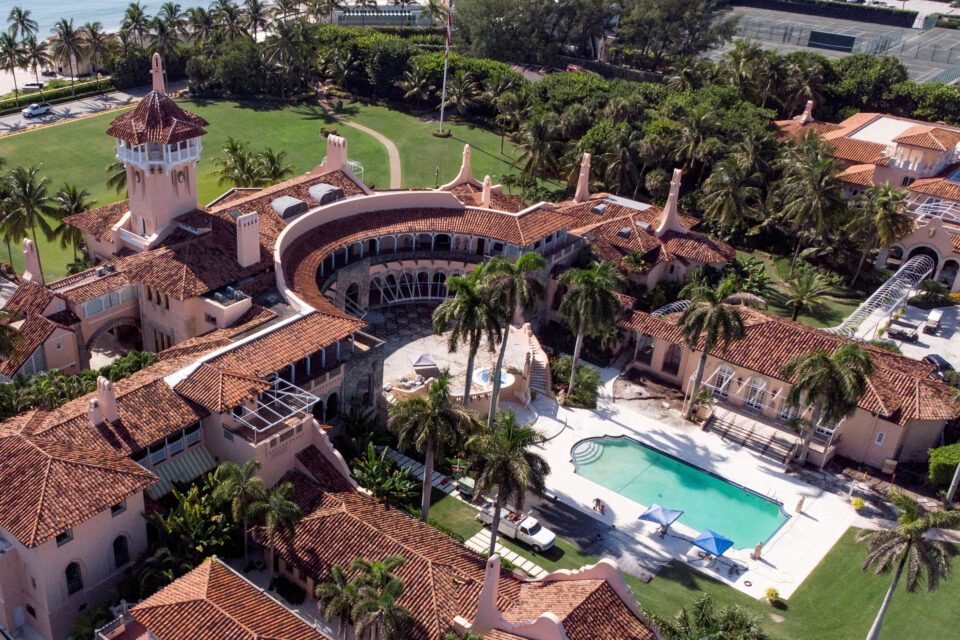 The FBI recovered more than 11,000 government documents and photographs during its August 8 search at former President Donald Trump’s Florida estate, as well as 48 empty folders labeled as “classified,” according to court records that were unsealed on Friday.

The unsealing by US District Judge Aileen Cannon in West Palm Beach came one day after she heard oral arguments by Trump’s attorneys and the Justice Department’s top two counterintelligence prosecutors over whether she should appoint a special master to conduct a privilege review of the seized materials at Trump’s request.

Cannon deferred ruling immediately on whether to appoint a special master but said she would agree to unseal two records filed by the Justice Department.

Former US Attorney General William Barr, who was appointed by Trump, questioned the usefulness of such an appointment.

“I think at this stage, since they’ve (FBI) already gone through the documents I think it’s a waste of time” to have a special master, Barr said in an interview on Fox News.

Barr, who left the post in late December 2020, defied Trump by not backing his false claims that the presidential election that year had been stolen from him.

In the interview, Barr added that he saw no “legitimate reason” for Trump having documents at his Florida estate if they were classified.

He added, “I frankly am skeptical of this claim (by Trump) that ‘I declassified everything.’ Because frankly I think it’s highly improbable and second, if he sort of stood over scores of boxes not really knowing what was in them and said ‘I hereby declassify everything in here,’ that would be such an abuse, show such recklessness that it’s almost worse than taking the documents.”

One of the records, released on Friday, provides a little more detail about the 33 boxes and other items the FBI found inside Trump’s Mar-a-Lago estate, as part of its ongoing criminal investigation into whether he illegally retained national defense information and tried to obstruct the probe.

It shows that documents with classification markings were at times co-mingled with other items such as books, magazines and newspaper clippings.

“Top secret” is the highest classification level, reserved for the country’s most closely held secrets.

There were also 90 empty folders, 48 of which were marked “classified,” while others indicated that they should be returned to staff secretary/military aide.

It is not clear why the folders were empty, or whether any records could be missing.

The other record that was unsealed is a three-page filing by the Justice Department updating the court about the status of its investigative team’s review of the documents seized.

That filing, dated Aug. 30, said investigators had completed a preliminary review of the materials seized and will investigate further and interview more witnesses.

The Justice Department’s criminal investigation could be potentially put on pause if Cannon agrees to appoint a special master to come in and conduct an independent third-party review of the seized records.

However, Cannon signaled at Thursday’s hearing she might be willing to permit U.S. intelligence officials to continue reviewing the materials as part of their national security damage assessment, even if a special master is appointed.

The Justice Department has previously said in court filings it has evidence that classified documents were deliberately concealed from the FBI when it tried to retrieve them from Trump’s home in June.

The Justice Department also opposes the appointment of a special master, saying the records in question do not belong to Trump and that he cannot claim they are covered by executive privilege, a legal doctrine that can be used to shield some presidential communications.

UK has classified $1.3 bln of COVID ‘bounce back’ loans as suspected fraud