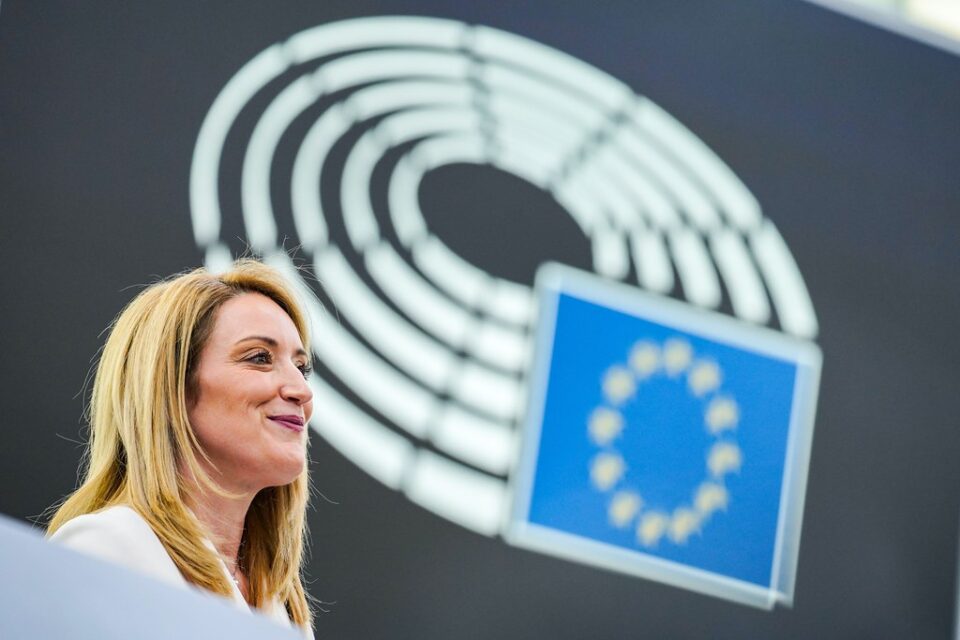 European Parliament President Roberta Metsola will be in Cyprus on Friday to discuss the latest gas find in the island’s exclusive economic zone (EEZ) among other issues during a packed schedule that includes meeting President Nicos Anastasiades, and addressing parliament.

Ahead of the visit, Metsola told Kathimerini newspaper in an emailed interview on Sunday that the latest gas discovery in block 6 of the island’s EEZ was a promising development at a time when the EU needs to replace Russia as an energy source.

“The recent discoveries of significant natural gas reserves offshore Cyprus are important for two reasons: First, they hold the promise of increasing natural gas production in the EU without dependence on third countries for energy supply. This news is promising at a time when we need to replace Russian energy sources,” she said.

“Second, today’s crisis has brought the member states of the European Union even closer together – we are developing common solutions for common problems. This means that the discovery of large natural gas deposits in one country is good news for the entire bloc and makes us all stronger.”

Regarding Russia’s invasion of Ukraine, as well as the sanctions imposed by the EU on Moscow, she said EU’s reaction was united and in solidarity.

“This war started with the unjustified attack of Putin against the sovereign state of Ukraine. So we must not forget who the aggressor is,” said Metsola.

“Although our main priority is the end of war, we must at the same time avoid the fatigue it causes. We must not forget that we are on the right side of history, even if the effort turns out to be long.”

The fight was for Ukraine, and the EU and Europe’s way of life, Metsola said.

“If the conflict continues, the blame and the responsibility belong to Putin alone. The EU it was created to ensure peace on the European continent and we will insist on that. Europe will not give in to the blackmail of a dictator.”

On Turkey, she said the only option for a sustainable settlement of the Cyprus issue was the continuation of a targeted dialogue based on the agreed framework and the resolutions of the of the United Nations.

“Turkey must show commitment to maintaining good neighbourly relations and stop promoting unacceptable and extreme proposals, such as the one for a two-state solution in Cyprus, contrary to the spirit and letter of the United Nations framework,” she said.

On the opening by the Turkish side of the fenced-off town of Varosha, Metsola said both the EU and European Parliament had clearly called on Turkey to immediately reverse its actions in Varosha as they make the prospect of reaching a solution to the Cyprus problem more difficult.

The ongoing division of a member of the EU family was an open wound, she said.

In July, Metsola, in a letter to President Anastasiades, reiterated the Condemnation by the European Parliament of the continuing violations by Turkey of Security Council Resolutions on Famagusta and undermines confidence-building efforts, as well as the prospects of resuming talks aimed at resolving the Cyprus problem.

During her visit on Friday, Metsola will meet first with the president after which they will hold a joint news conference.

At 11am, she will meet House Speaker Annita Demetriou followed by another joint news conference.

Metsola will also address the House of Representatives at 11.45am in the presence of Anastasiades.

At 12.20pm she will have a meeting with the UN Special Representative in Cyprus, Colin Stewart, followed by a working lunch at 1.15pm which will be hosted by the House president.

Metsola will also have a meeting with the Mayor of Famagusta and municipal councillors in Dherynia at 4pm, while at 6pm, together with Demetriou, she will attend an event organised by youth groups and students of the University of Cyprus in the university library.