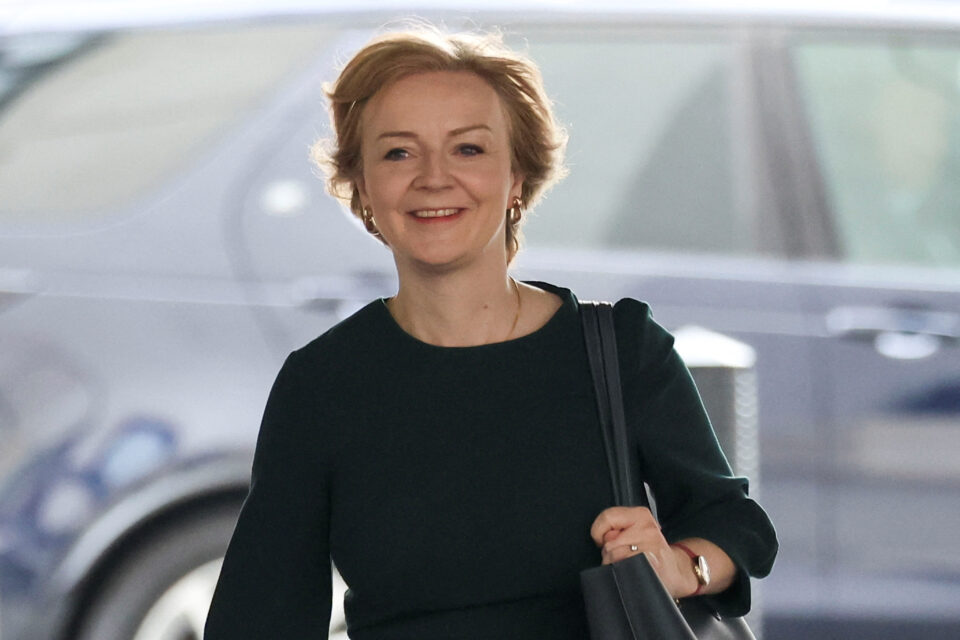 British foreign minister Liz Truss said on Sunday she would set out immediate action in her first week in power to tackle rising energy bills and increase energy supplies if she is, as expected, appointed prime minister.

The governing Conservative Party is widely expected to name Truss its new leader, and Britain’s new prime minister, on Monday at a time when the country faces what is forecast to be a long recession, double-digit inflation and industrial unrest.

It is a long and costly to-do list for the incoming leader who will replace Prime Minister Boris Johnson. Truss said she would be bold in tackling the flagging economy, repeating her pledge to spur growth to fix its long list of ills.

Writing in the Sunday Telegraph, she said she understood how challenging the cost of living crisis was for Britons and she would take “decisive action to ensure families and businesses can get through this winter and the next”.

“If elected, I plan within the first week of my new administration to set out our immediate action on energy bills and energy supply,” she said.

“A fiscal event would follow later this month from my Chancellor, with a broader package of action on the economy.”

The Sunday Times newspaper cited insiders at the finance ministry as saying the cost of Truss‘s plan would easily exceed 100 billion pounds ($115 billion), most of which would be added to government borrowing.

Pressed in an interview with the BBC on her plan, Truss declined to offer any details saying it was not proper to go into her precise strategy before she had taken office. She did not comment on the 100 billion pounds figure.

“I will act if elected prime minister within one week,” she told the Sunday with Laura Kuenssberg show.

In the Telegraph, she said her approach would be two-fold – immediate action to tackle the cost of living crisis and a plan to deliver economic growth. She would also appoint a Council of Economic Advisers to get “the best ideas” for the economy.

“We need to take the difficult decisions to ensure we are not in this position every autumn and winter. Sticking plasters and kicking the can down the road will not do. I am ready to take the tough decisions to rebuild our economy,” she wrote.

Her rival, former finance minister Rishi Sunak, also sought to burnish his credentials to tackle rising energy bills, saying he would offer all Britons some financial support, with additional help to those on the lowest incomes and pensioners.

After weeks of mud-slinging in an often bad-tempered leadership contest, Monday will make the beginning of a transfer of power from Johnson, who was ousted as leader after months of scandal drained his party’s support for him.

The winner of the most votes among Conservative members will be announced on Monday, and the next day, the new prime minister will meet Queen Elizabeth and be asked by her to form a government. Read full story

Beyond the immediate cost-of-living crisis, the new prime minister will also have to tackle a growing number of strikes, long waiting lists in the public health service, and a court ruling next month on Scotland’s bid for independence.

In a sign that relations might be strained with Scotland if Truss comes to power, Scottish first minister Nicola Sturgeon said she would do her best to work with the foreign minister.

“If she governs as she has campaigned over the summer, she will be a disaster not just for Scotland but for the UK,” Sturgeon told Sky News. “But let’s hope that’s not the case.”