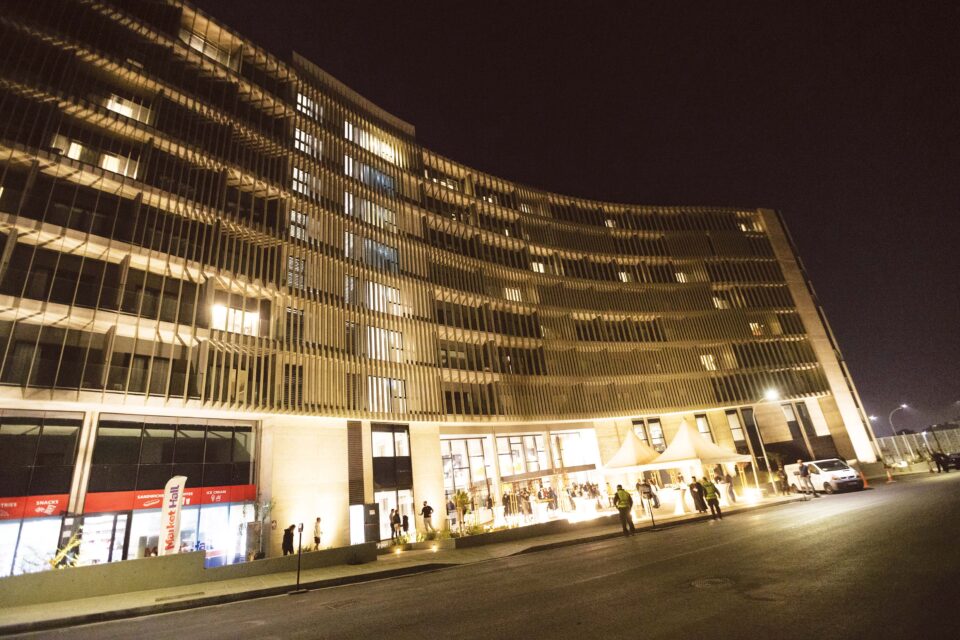 Amidst soaring rent prices, university students in Limassol are scrambling to find accommodation

University student Konstantinos Karseras used to board the 6.30am bus from Paphos to arrive on time for his lesson at the Limassol based campus. His clock would show 8.15am as he got off the bus. With books and notepads under his arm, he remembers rushing to be in class at 8.30am.

Commuting from other districts might be a cheaper option for over 1,600 students attending the Cyprus state university of technology Tepak in Limassol, however it is “tiring and time-consuming”, said Konstantinos, the head of Disy’s university youth wing Protoporia.

It is not an option chosen by many students, even if most have a driving licence and a car by their second year.

However, it has become almost impossible for young people who are accepted at the state university or private tertiary education institutions located in the busy coastal city to find accommodation.

Konstantinos, a multimedia undergraduate in his fourth year, said he had to commute for two semesters before he found an apartment.

And that was back in 2019, pre-pandemic. Since then, the demand appears to have increased further as well as the rent prices.

“This year especially, there are no apartments,” Eleni Theofilou, 21, said after searching for accommodation on various websites during the entire summer.

Last week, she managed to book a small one-bedroom flat near her university though the Akel-affiliated student movement Proodeftiki. It will cost her a monthly sum of €800 including the water, common expenses and internet.

“At least this year the flat includes some bills and I will also have a parking space,” Eleni said. In the previous academic year, the graphic design student was renting “the tiniest” single-bedroom apartment for €650 excluding bills.

And private studios are priced at about €600-€650, head of Tepak student welfare services Vassilis Protopapa told the Cyprus Mail. In the past, the university used to provide apartment listings and even act as the mediator between students and apartment owners. This has stopped, Protopapa said, because apartment managers were asking for “outrageously high rents”.

Furthermore, “the demand is higher than the supply”, said the head of student welfare services.

According to recent estimates, Limassol has 235,000 inhabitants, while every year, more local and foreign workers relocate to the city for work. “There is not enough housing to respond to the high demand,” he said.

After failing to find an apartment, others are considering staying with friends or relatives.

“Temporarily, I will be staying with a family friend who is living relatively close to the university,” said 18-year-old Anthi Tryfonos from Kornos, Larnaca.

Anthi, expected to start her nursing bachelor’s at Tepak, is set to resume efforts to find housing next year.

Understanding that securing accommodation is the biggest challenge for students, Tepak has recently called on Limassol families to host students.

The programme “is going very well” and several students have already been placed to houses, Protopapa said.

In total, about 20 Cypriot students and around five from Greece have expressed interest in this arrangement. Of them, 12 will be placed in houses by next week.

Over 20 homeowners have also responded to the university’s call. “Every day we inspect around four to five houses to make sure the space and owners are suitable.”

Those interested to host students who will pay €200 a month must have a separate furnished room with air conditioning and internet access. The houses or apartments should also be located near the university, at an approximate 20-minute commute with public transport, Protopapa added.

The scheme will remain open throughout the academic year for any student who might be looking for accommodation or homeowners who decide to participate.

Tepak is also managing 205 studios at the Apollonia hall built by the archbishopric near the Tsirio stadium. To apply for those modern studios, students must go through a lengthy application process with the university to assess they are eligible based on financial criteria. The monthly fee for those studios is at €250.

The remaining rooms, about a hundred, are managed by the archbishopric and are offered under different criteria, Protopapa said.

The university is also renting another 80 apartments in four different buildings in the district which are available at a lower price for needy students.

Meanwhile, a more permanent solution to the issue of student housing is underway through the development of the former British settlement Berengaria in Kato Polemidia, where 500 student residences are expected to be built by 2026.

“No university anywhere in the world has a satisfactory number of dorms to satisfy the demand of its students,” Protopapa said.

Lessons at Tepak start on September 12, while the orientation week for first year students begins on Tuesday.