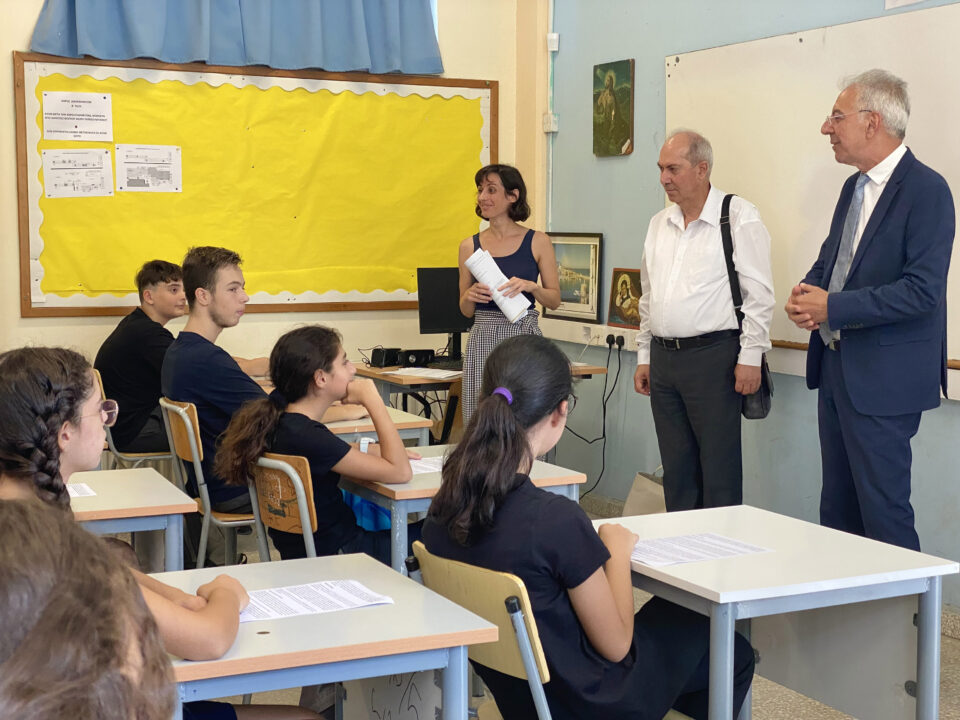 Dozens of students of at the Petrakis Kyprianou high school in Larnaca were suspended on Wednesday, the first day of the new academic year, for having “inappropriate haircuts”.

The incident occurred at the same school where in June this year, five students were prohibited from graduating, again due to their haircuts. The headmaster was accused of racism as one of the students was Syrian and the media focus was on his case.

According to CNA on Wednesday, there was a disturbance at the school after parents were called to pick up their children who were suspended over their haircuts, the president of the parents’ association of Larnaca Costas Costa said.

“After the tragic handling of the five people in this particular school last year at the graduation ceremony and after society was stunned by these suspensions, today as the president of the parents’ association I have received dozens of messages from parents that their children have been suspended for one or two days over inappropriate haircuts and for matters of uniform,” he said.

“It is unacceptable on the first day in an educational institution that should function as the students’ second home, for them to be suspended without receiving cautions first.”

He said it was a matter of ethics and the responsibility of the education ministry to issue the requisite guidelines. The Larnaca district officer for the ministry had been informed, he added.

“It is unthinkable to start the year with this issue, and in only one school in Cyprus.”

Costa said the parents’ association would meet later in the afternoon and discuss what measures to take.

After the graduation incident in June at the same school when the focus was on the Syrian student, Education Minister Prodromos Prodromou first conceded that there was racism in schools, only to retract his comments the next day.

Following a meeting with the association of secondary school headteachers, Prodromou noted that the incident at the Petraki Kyprianou high school was put on the table and stressed that the decision not to give a Syrian student a diploma was about his appearance, not racism.

The meeting was announced a day after the ministry admitted racism was an issue in schools. It had announced the launch of an investigation after the headmaster refused to give the boy aged 15 his diploma.

The education minister said at the time that regulations on appearance apply to all students regardless of their nationality. Reports said five other students, all Greek Cypriots were also refused their diplomas for the same reason. The students who did not comply with the dress code were only given their certificates after the ceremony rather than being presented it on stage.

A year before the June incident at the same school, the family of teenage African student said their daughter faced discrimination after she was told she could not participate in the graduation ceremony because she had braids. In the end the girl was allowed to take part after Larnaca mayor Andreas Vyras managed to convince the head teacher to allow the girl to graduate with her classmates.

Prodromou in his statements this year referred to another incident, in Paphos, where there was a complaint that “a pupil was victimised, with the family claiming that there was an issue of racial discrimination. In that case, which again has been reported, the pupil had more than 350 absences. It was a matter of attendance and not racism,” he said.

Lone Star considering revised offer for the Bank of Cyprus