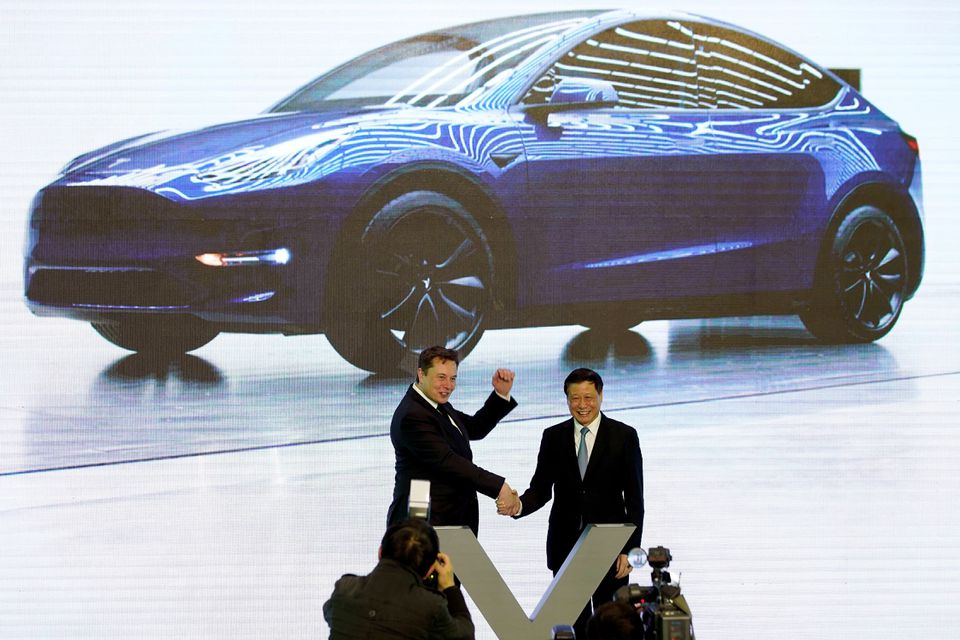 The secret behind Elon Musk’s goal of selling 20 million Tesla’s a year by 2030 lies in its pioneering battery technology.

The good news is that by using bigger cells and a new process to dry-coat electrodes, Tesla could halve the cost of a Model Y battery, saving more than 8 per cent of the car’s US starting price, battery experts with ties to the company said.

The bad news is that it’s only halfway there, according to 12 experts close to Tesla or familiar with its new technology.

That’s because the dry-coating technique used to produce the bigger cells in Tesla’s 4680 battery is so new and unproven the company is having trouble scaling up manufacturing to the point where the big cost savings kick in, the experts told Reuters.

“They just aren’t ready for mass production,” said one of the experts close to Tesla (TSLA.O).

Still, the gains Tesla has already made in cutting battery production costs in the past two years could help boost profits and extend its lead over most electric vehicle (EV) rivals.

Musk’s promised improvements in battery cost and performance are seen by investors as critical to Tesla’s quest to usher in an era where it can sell a $25,000 EV for a profit – and stand a better chance of hitting its 2030 targets.

Battery systems are the most expensive single element in most EVs, so making lower-cost, high-performance packs is key to producing affordable electric cars that can go toe to toe with combustion-engine rivals on sticker prices.

Tesla is one of only a handful of major automakers that produce their own EV batteries and by manufacturing Model Y cells at US plants, the SUV will remain eligible for US tax credits when many rival EVs may no longer qualify.

Among the 12 battery experts Reuters spoke with, nine have close ties to Tesla and three of the nine have examined Tesla’s new and old battery technology inside and out through teardowns.

‘HE WILL SOLVE IT’

The sources predict that Tesla will find it difficult to fully implement the new dry-coating manufacturing process before the end of this year, and perhaps not until 2023.

Stan Whittingham, a co-inventor of lithium-ion batteries and a 2019 Nobel laureate, believes Tesla Chief Executive Elon Musk has been overly optimistic on the time frame for commercializing the new technique.

“I think he will solve it, but it won’t be as quick as he likes. It’s going to take some time to really test it,” he said.

In August, Musk told shareholders Tesla would be producing high volumes of 4680 batteries by the end of 2022.

According to the experts, Tesla has only been able to cut the Model Y’s battery cost by between $2,000 and $3,000 so far, about half the savings Tesla had planned for the 4680 battery, which it unveiled two years ago.

But those savings have come mainly from the design of the new 4680 cells, which are bigger than those in Tesla’s current 2170 battery, they said.

But the heart of the drive to push down costs is the dry-coating technology, which Musk has described as revolutionary but difficult to execute.

According to the sources, it should deliver as much as half of the $5,500 cost savings Tesla hopes to achieve, by slashing manufacturing costs and one-time capital spending.

Tesla acquired the know-how in 2019 when it paid over $200 million for Maxwell Technologies, a company in San Diego making ultracapacitors, which store energy for devices that need quick bursts of electricity, such as camera flashes.

Building on Maxwell’s technology, Tesla began making 4680 dry cells this year, first in a pilot near its Fremont, California plant and more recently at its new global headquarters in Austin, Texas.

The technology allows Tesla to ditch the older, more complex and costly wet-coating process. It’s expensive because it needs a substantial amount of electricity, machinery, factory space, time, and a large labour force.

To coat electrodes in the wet process, battery producers mix the materials with toxic binder solvents. Once coated, the electrodes are dried in massive ovens, with the toxic solvents that evaporate in the process being recovered, treated and recycled – all adding to the cost.

With the new technology, electrodes are coated using different binders with little use of liquids, so they don’t need to be dried. That means it’s cheaper, faster and also less environmentally damaging.

Because of its simplicity, the process allows Tesla to cut capital spending by a third and slash both the footprint of a factory and its energy consumption to a 10th of what would be needed for the wet process, Tesla has said.

But the company has had trouble commercializing the process, the sources said.

Maxwell developed its dry-coat process for ultracapacitors, but the challenge with coating electrodes for EV batteries is that they are much larger and thicker, which makes it hard to coat them with consistent quality at mass-production speeds.

“They can produce in small volume, but when they started big volume production, Tesla ended up with many rejects, too many,” one of the sources with ties to Tesla told Reuters.

Production yields were so low that all the anticipated cost savings from the new process were lost, the source said.

If all the potential efficiencies from dry-coating and the bigger cells are realised, the manufacturing cost for the Model Y’s 4680 battery pack should fall to $5,000 to $5,500 – roughly half the cost of the 2170 pack, according to the sources.

The rising cost of battery materials and energy pose a risk to those forecasts, however, and Tesla has not yet been able to significantly improve the new battery’s energy density or the amount of power it packs, as Musk has promised.

Still, despite those factors, the savings Tesla is expected to achieve will end up making the 4680 battery the industry’s “best in class” for the foreseeable future, one source said.

Much of the $2,000 to $3,000 cost savings achieved with the 4680 battery so far has come from other improvements, and using bigger cells has proven particularly potent, the experts said.

With the older technology, Tesla needs about 4,400 cells to power the Model Y and there are 17,600 points that need to be welded – four per cell – to create a pack that can be integrated into the car, the sources said.

The 4680 battery pack only needs 830 cells and Tesla has changed the design so that there are only two weld points per cell, slashing the welding to 1,660 points and leading to significant cost savings.

The simpler design also means there are fewer connectors and other components, which has allowed Tesla to save further on labour costs and machine time.

Another source of efficiency has been the larger cell’s far sturdier outer case. Tesla can now bond the cells together with adhesive into a rigid honeycomb-like pack which is then connected directly to the inner body structure of the Model Y.

This eliminates the intermediate step of bundling cells into larger modules which are then installed in a traditional battery pack, the sources said.

By shifting to this “cell to vehicle” design, Tesla can reduce the weight of a traditional 1,200-pound battery pack by 55 pounds or more – saving about $500 to $600 per pack, one of the sources said.

But mastering the dry-coating technique remains the holy grail.

“Bulking up the battery cell helped a lot in boosting efficiency, but pushing for 50 per cent cost savings for the cell as a whole is another matter,” one source said.

“That will depend on whether Tesla can deploy the dry-coating process successfully in a factory.”

Binance to convert users’ USDC into its own stablecoin