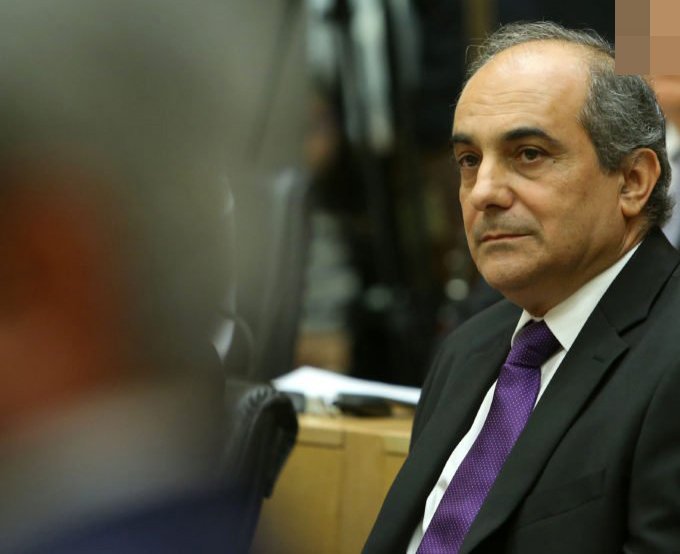 Four key players allegedly involved in the ‘golden passport’ scandal – two of whom are leading protagonists in Al Jazeera’s undercover report – would stand trial in the criminal court on October 26, the Nicosia district court decided on Monday.

The court decided to proceed with a trial based on the findings of the Nicolatos investigation into the citizenship by investment scheme, prompted by the airing of a report by the Al Jazeera network.

The defendants face five charges, including conspiracy to defraud the Republic and influencing a public official in violation of the laws criminalising corruption.

Notably, Pittadjis is representing himself while Syllouris’ team is headed by prominent Nicosia lawyer Chris Triantafyllides.

The latter sought to draw in Attorney General George Savvides and his deputy Savvas Angelides who have both previously served as ministers in the Anastasiades government. They served as justice minister and defence minister respectively, as recently as 2020.

Triantafyllides argued that Savvides and Angelides were involved in charges one, two and three in their capacity as former ministers, noting that both served as ministers in the cabinet which approved passports – the same passports for which his client is on trial.

The Cyprus Mail contacted Triantafyllides, who explained that his argument is that charges 1 through 3 – pertaining to all defendants – relate to two passports issued to foreign nationals.

The attorney said he wanted these observations of his entered into the record before the criminal trial gets underway. Asked whether he is considering motioning for a mistrial on these grounds, he declined comment.

On the two passports in question, Triantafyllides said they do not relate to the affair highlighted in the report broadcast by the Al Jazeera news network.

In August 2020, Al Jazeera aired a report – dubbed The Cyprus Papers – on the island’s citizenship-by-investment programme based on an investigation of “more than 1,400 leaked documents.”

The network said Cyprus had been granting citizenships to dubious individuals, a claim fiercely rejected at the time by the government.

The pair were forced to resign as the government hastily terminated the programme.

Triantafyllides also raised another matter in court, relating to charges 4 and 5. The charge sheet says these have to do with the granting of a passport (the third) to a foreign national – but does not name the individual.

“The global population is approximately 7.5 billion, and I cannot adequately defend my client unless I know who this foreign national is,” he told the court.

“The question is, does this person exist or not?”

A third matter he raised pertains to an opinion piece published by Politis newspaper on September 10, which the attorney claimed had sought to prejudice the court.

The unsigned opinion piece read: “Let us hope that this time that justice will keep both its eyes and ears open, and that we shall not end up again with a decision akin to those in other major scandals.”

The Nicolatos investigative committee was appointed by the government and was led by former Supreme Court judge Myron Nicolatos. It found that 53 per cent of the 6,779 citizenships granted overall were unlawful, and said politicians and institutions had political responsibilities while certain applicants and service providers may be held criminally culpable.

The probe covered the period from the scheme’s inception in 2007, through to August 2020.