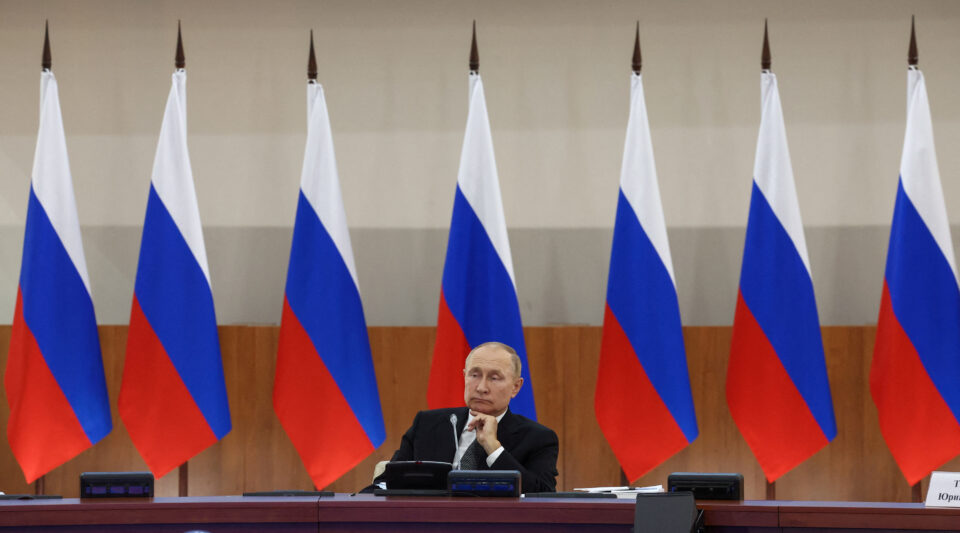 Vladimir Putin’s chief envoy on Ukraine told the Russian leader as the war began that he had struck a provisional deal with Kyiv that would satisfy Russia’s demand that Ukraine stays out of NATO, but Putin rejected it and pressed ahead with his military campaign, according to three people close to the Russian leadership.

The Ukrainian-born envoy, Dmitry Kozak, told Putin that he believed the deal he had hammered out removed the need for Russia to pursue a large-scale occupation of Ukraine, according to these sources. Kozak’s recommendation to Putin to adopt the deal is being reported by Reuters for the first time.

Putin had repeatedly asserted prior to the war that NATO and its military infrastructure were creeping closer to Russia’s borders by accepting new members from eastern Europe, and that the alliance was now preparing to bring Ukraine into its orbit too. Putin publicly said that represented an existential threat to Russia, forcing him to react.

But, despite earlier backing the negotiations, Putin made it clear when presented with Kozak’s deal that the concessions negotiated by his aide did not go far enough and that he had expanded his objectives to include annexing swathes of Ukrainian territory, the sources said. The upshot: the deal was dropped.

Asked about Reuters findings, Kremlin spokesman Dmitry Peskov said: “That has absolutely no relation to reality. No such thing ever happened. It is absolutely incorrect information.”

Kozak did not respond to requests for comment sent via the Kremlin.

Mykhailo Podolyak, an adviser to the Ukrainian president, said Russia had used the negotiations as a smokescreen to prepare for its invasion, but he did not respond to questions about the substance of the talks nor confirm that a preliminary deal was reached. “Today, we clearly understand that the Russian side has never been interested in a peaceful settlement,” Podolyak said.

Two of the three sources said a push to get the deal finalized occurred immediately after Russia’s Feb. 24 invasion. Within days, Kozak believed he had Ukraine’s agreement to the main terms Russia had been seeking and recommended to Putin that he sign an agreement, the sources said.

“After Feb. 24, Kozak was given carte blanche: they gave him the green light; he got the deal. He brought it back and they told him to clear off. Everything was cancelled. Putin simply changed the plan as he went along,” said one of the sources close to the Russian leadership.

The third source – who was told about the events by people who were briefed on the discussions between Kozak and Putin – differed on the timing, saying Kozak had proposed the deal to Putin, and had it rejected, just before the invasion. The sources all requested anonymity to share sensitive internal information.

Moscow’s offensive in Ukraine is the largest military campaign in Europe since World War II. It prompted sweeping economic sanctions against Russia and military support for Ukraine from Washington and its Western allies.

Even if Putin had acquiesced to Kozak’s plan, it remains uncertain if the war would have ended. Reuters was unable to verify independently that Ukrainian President Volodymyr Zelenskiy or senior officials in his government were committed to the deal.

Kozak, who is 63, has been a loyal lieutenant to Putin since working with him in the 1990s in the St. Petersburg mayor’s office.

Kozak was well-placed to negotiate a peace deal because since 2020 Putin had tasked him with conducting talks with Ukrainian counterparts about the Donbas region of eastern Ukraine, which has been controlled by Russian-backed separatists following an uprising in 2014. After leading the Russian delegation in talks with Ukrainian officials in Berlin on Feb. 10 – brokered by France and Germany – Kozak told a late-night news conference that the latest round of those negotiations had ended without a breakthrough.

Kozak also was one of those present when, three days before the invasion, Putin gathered his military and security chiefs and key aides in the Kremlin’s Yekaterinsky hall for a meeting of Russia’s Security Council.

State television cameras recorded part of the meeting, where Putin laid out plans to give formal recognition to separatist entities in eastern Ukraine.

Once the cameras were ushered out of the vast room with its neo-classical columns and domed ceiling, Kozak spoke out against Russia taking any steps to escalate the situation with Ukraine, said two of the three people close to the Russian leadership, as well as a third person who learned about what happened from people who took part in the meeting.

Another individual interviewed by Reuters, who helped in the post-invasion talks, said discussions fell apart in early March when Ukrainian officials understood Putin was committed to pressing ahead with the large-scale invasion.

Six months on from the start of the war, Kozak remains in his post as Kremlin deputy chief of staff. But he is no longer handling the Ukraine dossier, according to six of the sources who spoke to Reuters.

“From what I can see, Kozak is nowhere to be seen,” said one of the six, a source close to the separatist leadership in eastern Ukraine.