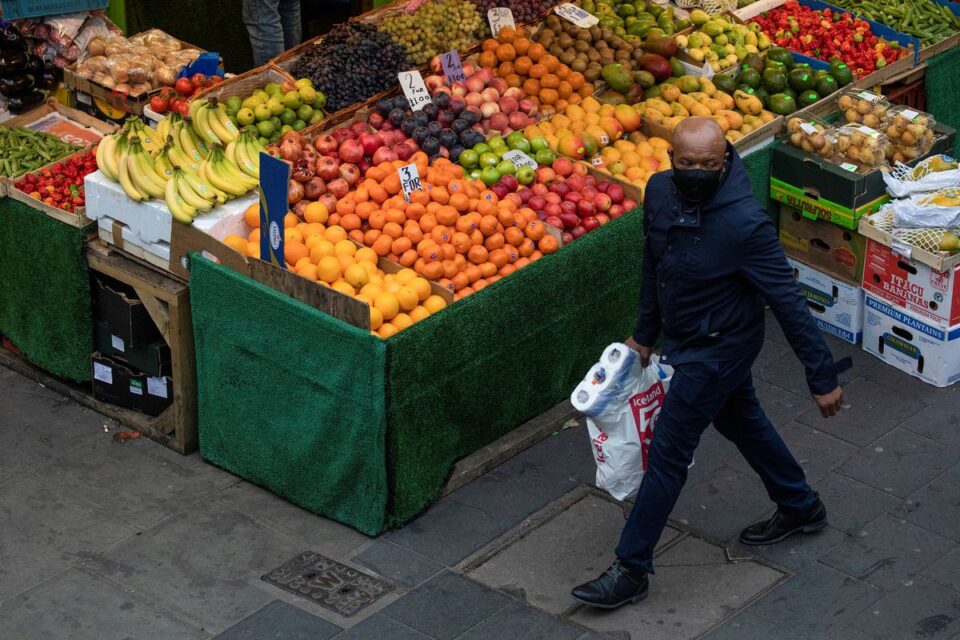 British consumer price inflation fell for the first time in almost a year in August as a drop in fuel prices offered some unexpected – and probably brief – respite to households and the Bank of England.

Annual consumer price growth slowed to 9.9 per cent from July’s 40-year high of 10.1 per cent, the Office for National Statistics said on Wednesday. This was its first drop since September 2021 and below expectations, in a Reuters poll for it to rise to 10.2 per cent.

However, economists warned inflation was likely to peak at around 11 per cent in October when a new household energy tariff cap begins, and said it could be slow to fall due to underlying pressures and new government fiscal stimulus.

“The Bank of England will have to continue turning the screws,” said Paul Dales, chief UK economist at consultancy Capital Economics.

Britain’s central bank had been expected to raise interest rates on Thursday, but it delayed the decision by a week following the death of Queen Elizabeth.

Financial markets see an 80 per cent chance that the BoE will raise rates by 0.75 percentage points to 2.5 per cent on Sept. 22. This would be its biggest rate rise since 1989, excluding a brief attempt to bolster sterling during a 1992 exchange rate crisis.

Most economists polled by Reuters think a half-point rise is more likely, but also expect the BoE to continue raising rates into next year, despite a slowing economy at risk of recession.

Britain has been hit hard by the surge in European natural gas prices caused by Russia’s invasion of Ukraine, which has added to post-COVID supply-chain bottlenecks and labour shortages, creating an intense squeeze on living standards.

Britain’s inflation is the highest in the G7 group of big advanced economies, although below that in several European countries, including Spain and the Netherlands.

The BoE’s task of returning inflation to its 2 per cent target has been made slightly easier, in the short term at least, by new Prime Minister Liz Truss’s decision to cap household energy prices, which will rise by 25 per cent rather than 80 per cent in October.

Before the cap, economists had forecast inflation could exceed 15 per cent early next year.

The government is expected to use public borrowing to compensate energy companies for the lower prices – which is likely to cost around 100 billion pounds ($116 billion) – and has promised other support and tax cuts.

This extra stimulus for an economy which is running close to capacity, with the lowest unemployment since 1974, will sustain domestic inflation pressures and require the BoE to raise rates by more to return inflation to its 2 per cent target, economists say.

“While such fiscal interventions will ease the near-term pain for consumers as well as lower the peak rate of inflation, they tilt the risks to our medium-term inflation calls to the upside,” said Kallum Pickering, senior economist at bank Berenberg.

Financial markets expect BoE rates to peak around 4.5 per cent in the middle of next year.

There were mixed messages for the future path of inflation in Wednesday’s numbers. CPI rose by 0.5 per cent in August from July on a non-seasonally adjusted basis – below economists’ forecasts of 0.6 per cent and less than the month before.

Prices for vehicle fuels and lubricants dropped by 6.8 per cent in August, their largest monthly fall since April 2020, and producer price data showed lower pressure in the pipeline.

However, core CPI – which excludes food, energy, alcohol and tobacco prices, and which some economists think gives a better steer for medium-term price trends – picked up to an annual 6.3 per cent from 6.2 per cent, its highest since 1992.

The BoE also keeps a close watch on surveys of public and business expectations for future inflation – which have hit record highs – as well as on wages, which are rising faster than the BoE is comfortable with, though much less than inflation.

Development frozen in two areas of the island