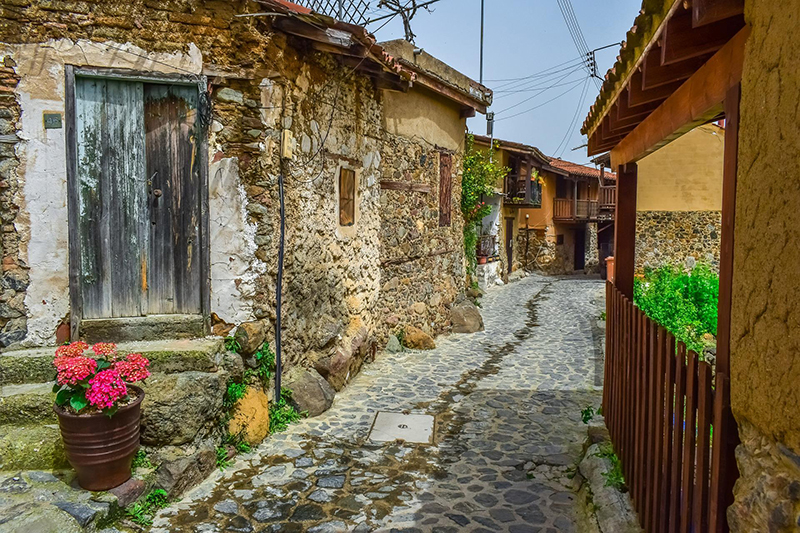 The epitome of life in the mountains, Kakopetria has something for everyone finds PAUL LAMBIS

To discover Cyprus’ most beautiful places, one needs to journey inland to the island’s highland plateaus. The Nicosia district’s rural, mountainous village of Kakopetria, with its distinctive architecture and magical scenery, will reward the journey with a spectacular prize view.

The well-preserved mediaeval village is situated south-west of the island’s capital Nicosia in the lower reaches of the Troodos mountain range. As the highest village in the valley of the Solea region, Kakopetria is a picture postcard spot with most of its buildings and interconnecting pathways fused into the mountain’s contours and rocky terrain.

The area’s natural surroundings, including a magical backdrop – especially in winter when the area is blanketed in snow. Rich in vegetation, cool and gargling waters, folkloric heritage, narrow streets lined with local vendors showcasing their unique products, and mouth-watering Cypriot cuisine from the many taverns are a draw card for locals and visitors who seek to soak up the vibes of village life. 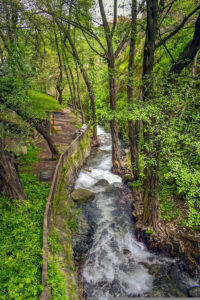 “Kakopetria is a trove of ancient wonders,” President of the Nicosia Tourism Board Theodoros Kringou said. “The bustling village square, which serves as the focal point of the community, is surrounded by churches with extensive frescoes, historical monuments, ever-flowing rivers, a restored watermill from the 15th century and lush woodlands with carefully designed nature trails that allow visitors to explore the area on foot.”

Approaching the older section of the village, a sizeable rock can be seen bursting into the road. Legend has it that this rock, which came crashing down the mountain, engulfed a newlywed couple. In fact, this tale served as the inspiration for the village’s name, Kakopetria, which translates as ‘bad rock’ in Greek. ‘Bad’ comes from the prefix kakos, while ‘rock’ comes from the word petra.

The village of Kakopetria existed since the Frankish period, although evidence suggests that there were settlements in the area even earlier, during the Byzantine era. “The many excavations that were carried out around the historic settlement of Kakopetria in 1938 reveal that the region was occupied from about the 6th century,” Kringou told Living. “During the excavations, many transportable artifacts were found, mostly made of terracotta and featuring the goddess Athena, as well as limestone statues and fragments of statues, including bronze and iron shafts from spearheads and arrows.”

According to Kringou, the discoveries, which are presently on display in the Archaeological Museum of Nicosia, originate from Cyprus’ Archaic and Classical periods.

The village of Kakopetria imbues a peaceful harmony between humans and nature, something which can be felt on entering the village. “Visitors can interact with the hospitable locals, take in the simplicity of the area, learn about ancient folklore, and savour the regional specialties in one of the island’s most incredible settings,” Kringou added.

In common with many other Cypriot villages, Kakopetria boasts a wide range of taverns serving traditional local cuisine. However, for lovers of fresh fish, a visit to Kakopetria must be combined with the experience of locally farmed trout, which is included on the menus of the majority of the village’s eateries. “Cooked in a variety of ways, succulent trout is unique to this region of Cyprus,” Kringou said. 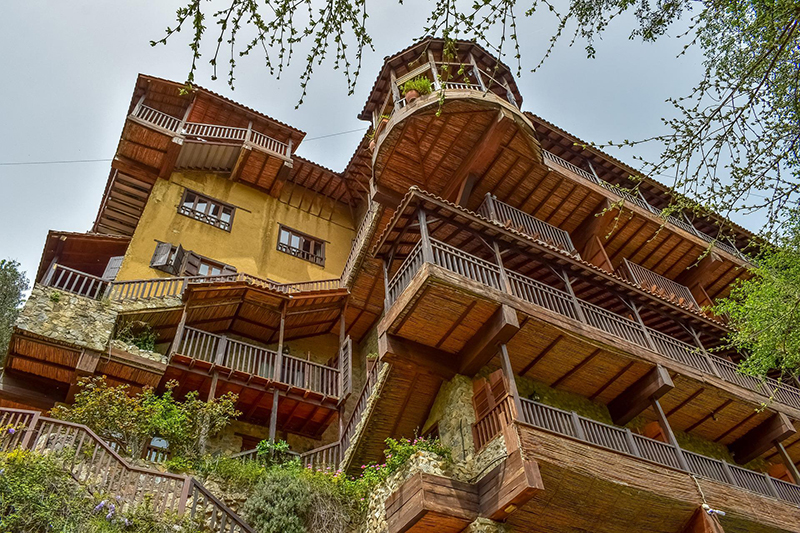 Many traditional sweet preserves are also available in Kakopetria to sate one’s sweet craving and the village even holds an annual festival dedicated to them. These preserves are made from the area’s many fruit-bearing trees, which include apples, pears, plums, apricots, peaches, and cherries.

Kakopetria is undoubtedly a beautiful getaway. According to Kringou, the village is one of the beneficiaries of a growing movement among vacationers seeking out a rural and traditional village experience. “Agrotourism has grown to be a significant component of Cyprus’ tourism industry, drawing a growing number of tourists each year, and assisting visitors in elevating their spirits through a genuine country experience.

“The community is also home to two museums that provide information on the traditional processes used to make bread, wine, and olive oil.”

The quintessential Cypriot village, Kakopetria is a peaceful, year-round refuge in a dramatic setting. A simpler, slower paced life, surrounded by gorgeous, rugged mountain views, Kakopetria simply feels like a ‘little Switzerland’ in Cyprus, where the only ‘bad’ thing about it is how difficult it is to leave.

The impact of flight delays on passengers