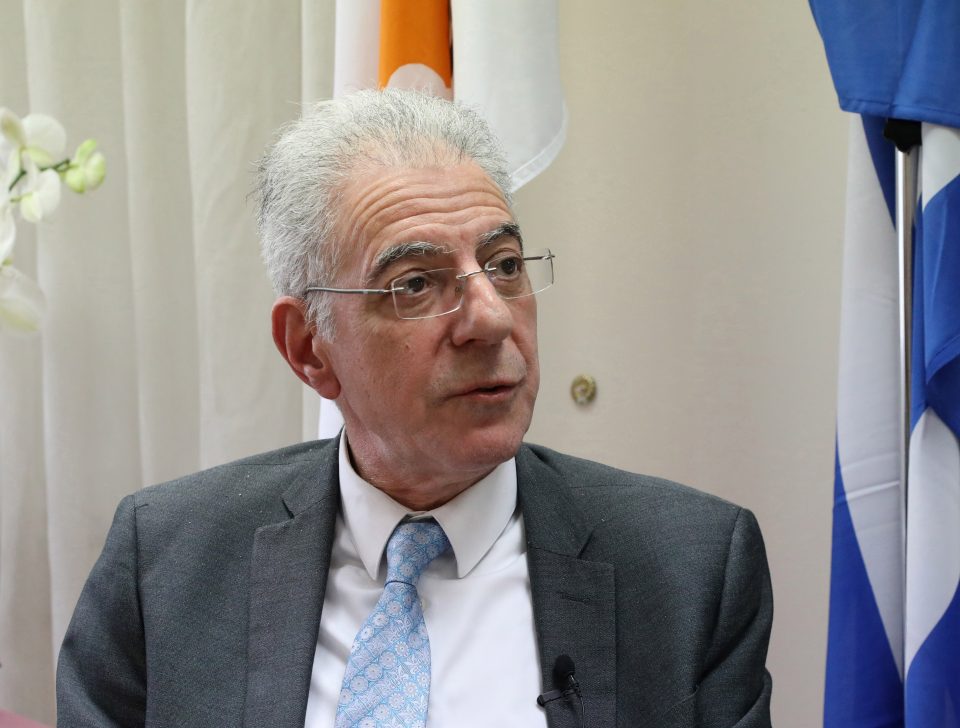 Education Minister Prodromos Prodromou said on Thursday the ministry would examine a bullying incident at a Limassol gymnasium, where a boy put another classmate in a headlock as other children stood by and watched while recording the incident on their phones.

In a video, that was published first on social media and then by the Cypriot media, a boy can be seen pulling another boy and placing him in a headlock, while classmates look on.

“Yes, there are incidents of bullying and I wish it was only bullying. There are also incidents of violent behaviour. They are dealt with on the spot, depending on their nature, immediately in the appropriate way, just like other incidents that occurred in the previous school year,” he said, while visiting the Pallouriotissa gymnasium in Nicosia.

He added that the goal of the ministry was to prevent these incidents from occurring, and that last year they ran a training session for large group of teachers on bullying and prevention.

This year, the plan is to organise training for department heads, he said.

Following the incident, the mother of the boy that was attacked reported the incident to police and turned in the video in as evidence, according to reports.

Police also said the welfare office had been informed, while the school and parents will be notified about the incident, and statements will be taken from them regarding what is seen in the video.

Speaking to SigmaLive about the incident, the child’s mother, who remained anonymous, said this was the second time she had reported a bullying incident against her child.

“This year I thought it would be a bit better. From the day schools opened, they beat him twice. Yesterday, he suffered a premeditated beating. He was pushed, another held him by the neck and hit him in the face,” she said in statement to Sigma’s afternoon broadcast.

In statements made to Sigma TV’s morning news programme he said it was unacceptable for these things to occur.

“I want first of all to express my support to the family of the child, and to the child as well,” he said.

Commenting on the video, Mylonas said: “I feel ashamed, and I am more ashamed for the parents.”

He added that he would continue to push for an end to bullying in schools, as he has done in the past, especially for the incident involving the bullying death of a teenager in Troulli.

Last year, a Larnaca court sentenced three young men to 18 months in jail suspended for three years, in the bullying death of a 16-year-old in Larnaca in 2019.

The three, a 20-year-old from Oroklini, and two 19-year-olds from Larnaca and Livadia, had been found guilty in October of causing Panayiotis Stefani’s death through negligence.

The defendants had pressured Stefani to consume large amounts of alcohol during a house party.

Five months after his son’s death, his father, Theodosis Stefani, said he was the last to find out that his son had been the victim of regular bullying.

On the night of the incident, his father said he took him to the party, wished him well, and left. “Afterwards, we found him at the house, in the yard, almost dead,” he said.

Report into prisons controversy handed over to AG