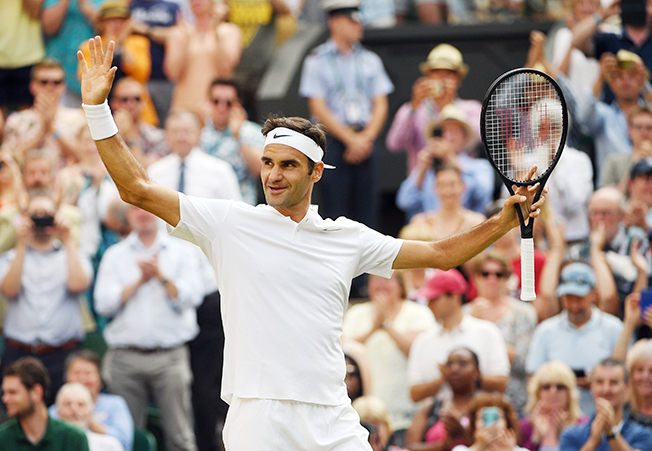 Roger Federer’s decision to retire may not have come as a surprise to the tennis world but Thursday’s announcement was still met with an outpouring of sadness as current and former players celebrated one of sport’s greatest athletes.

Heartbreak and goat (Greatest Of All Time) emojis filled social media after the 41-year-old Swiss posted a lengthy letter saying he was finally hanging up his racket after 24 years on the Tour, with next week’s Laver Cup in London set to be his swansong. Read full story

Federer was the first player to win 20 Grand Slam titles but has since seen his record broken by Rafa Nadal (22) and Novak Djokovic (21) as the ‘Big Three’ fought epic encounters on court that headlined the sport in the 21st century.

“I wish this day would have never come. It’s a sad day for me personally and for sports around the world,” Nadal said.

“It’s been a pleasure but also an honour and privilege to share all these years with you, living so many amazing moments on and off the court.”

Nadal has played Federer 40 times while Djokovic has faced him 50 times as the trio battled for supremacy,elevating the sport to stratospheric heightsto spark the GOAT debate.

“He has the most complete game of his generation and captured the hearts of sports fans around the world with an amazing quickness on the court and a powerful tennis mind.”

Having played over 1,500 matches, Federer still holds plenty of other records and is widely regarded as the greatest grasscourt player of all time having won Wimbledon eight times — a men’s record. Read full story

“It’s been a privilege to witness your journey and see you become a champion in every sense of the word,” Wimbledon said on Twitter.

“We will so miss the sight of you gracing our courts, but all we can say for now is thank you, for the memories and joy you have given to so many.”

Federer never won an Olympic gold medal in the singles, but he did win one in the doubles and was Switzerland’s proud flag bearer at the 2004 and 2008 Games.

“What a career, what a champion. Thank you Roger Federer for all the matches, victories, defeats and emotions we were able to experience. The Swiss couldn’t be prouder,” Swiss President Ignazio Cassis said.

But more than his prowess on court, it was Federer’s charisma and genial personality that made him a role model for fans across generations.

“He redefined greatness on the court while his champion spirit, sportsmanship and the way he played the game thrilled audiences around the world for decades, inspiring so many to pick up a racket,” ATP chairman Andrea Gaudenzi said.

“He spearheaded an incredible new era of growth and elevated the popularity of our sport. Few athletes have transcended their field in such a manner.

“Roger made us all feel proud and fortunate to be part of the same sport.”

Chris Evert, an 18-times major winner, said Federer was the “epitome of a champion.

“Class, grace, humility, beloved by everyone and he elegantly mastered the sport like no other,” she said.

U.S. Open women’s champion Iga Swiatek said it had been a ‘privilege’ to witness Federer’s career while Carlos Alcaraz, the latest entrant in the Grand Slam winners’ club after his triumph in New York, was not ready to say goodbye.

“Roger has been one of my idols and a source of inspiration,” the new world number one said.

“Thank you for everything you have done for our sport! I still want to play with you.”

Filling up everything that stands between the GAAP vs non-GAAP