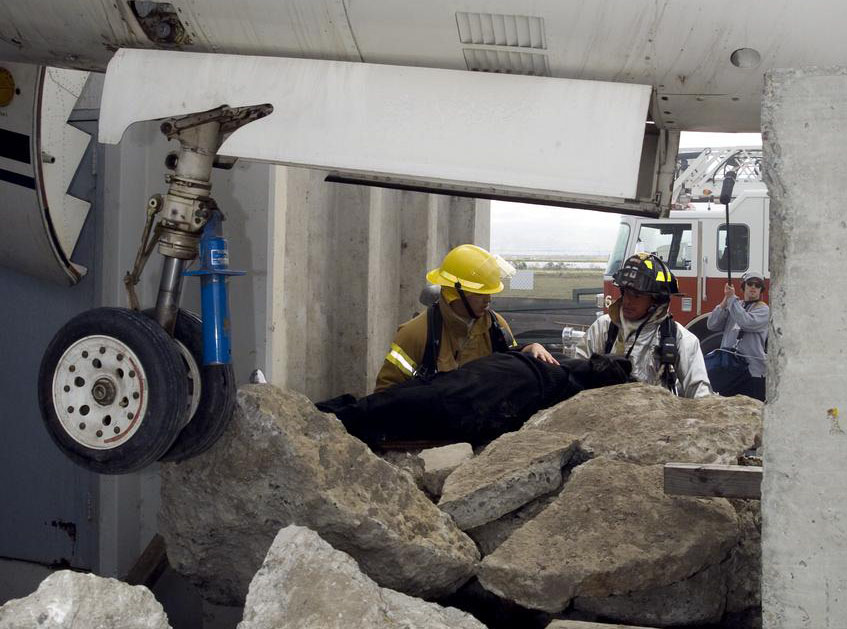 On Monday, about eleven million kilometres from Earth, the US National Aeronautics and Space Administration (NASA) will make the first attempt to divert an asteroid from its orbit. But forget Don’t Look Up, Deep Impact, Armageddon and all the other movies about planet-killing asteroids: this asteroid is only 160 metres wide, and it isn’t coming anywhere near us even if the experiment fails.

On the other hand, there are about 18,000 asteroids of that size or bigger in orbit around the Sun. If Dimorphos (the asteroid in the NASA experiment) did hit Earth, then the impact would have the energy of a hundred-megaton hydrogen bomb, enough to devastate a city the size of New York or Lagos.

More than that, in fact, because Dimorphos orbits a much bigger asteroid called Didymos which is 780 metres in diameter, and they would arrive together. Now we’re talking about almost nobody surviving in a city the size of Tokyo, and devastation for a hundred kilometres around.

These things don’t happen often, of course, but they do happen. The Lunar and Planetary Laboratory at the University of Arizona estimates that there are more than three million impact craters larger than 1 kilometre in diameter on Earth, although the great majority are buried under subsequent sediment.

The biggest asteroid to hit the planet, Chicxulub on Mexico’s Yucatan peninsula 66 million years ago, was ten kilometres in diameter. It caused the last great extinction: the world-wide firestorms and the five- or ten-year ‘asteroid winter’ that followed (due to the ash blocking out the sun) killed off all the non-avian dinosaurs and let the mammals take over.

According to the Planetary Society, the odds on an asteroid the size of Dimorphos hitting Earth are one in a hundred every century. Moreover, we don’t even know where 40 per cent of those asteroids are.

Drop to asteroids of 30-140 metres, still big enough to kill a city, and there are about a million of them out there. We have good data on less than two per cent of them, but we know that at least one will hit the planet every century. So NASA and the European Space Agency (ESA) both have Planetary Defence offices – and they’re now running the first big experiment.

NASA’s Double Asteroid Redirection Test, or DART, is a spacecraft weighing about 500 kilograms fully fuelled, but it will weight a lot less than that when it does a kamikaze dive into Dimorphos on Monday. On the other hand, it will be moving at six kilometres a second, so the energy it transfers to the asteroid will not be negligible.

The primary aim of the exercise is to see how much that can shift the smaller asteroid’s orbit around its primary, Didymos. It won’t be a lot, because Dimorphos’ mass is an estimated 4.8 billion kilogrammes, but it should be enough to be detectable within weeks by big telescopes.

Then, four years from now, when the ESA’s Hera mission arrives at Dimorphos, we should know how big the crater is, and what shape. That will confirm or refute the growing suspicion that most smaller asteroids, at least, are really not solid boulders but just clumps of rubble weakly held together by micro-gravity.

If they are, they would be a lot easier to move, because then the collision will not just push the asteroid in the desired direction. It will also spurt out a lot of rubble in the reverse direction, which would magnify the total momentum transferred to the asteroid as much as fivefold.

One step at a time. It will probably be a couple of decades before we can divert even a Dimorphos-sized asteroid from hitting the Earth and be confident that it will go where we want it to instead.

Larger but much rarer ones, which are more likely to be solid rock, will take a lot longer to get a handle on. Nevertheless, before the end of this century we may be able to protect the planet from all but the very biggest asteroids.

A ‘kinetic impact’ approach to the problem like DART is currently the favoured technique, but alternative techniques are also being considered. One is to land a small ion-drive engine on a threatening asteroid with enough fuel to sustain a very small thrust for a very long time.

Another proposal, particularly useful if we have little warning of the asteroid’s approach, would use interceptor rockets to blow it into a large numbers of small fragments just hours before impact. Many of the smaller pieces would burn up in the atmosphere, and the damage done by the rest would be far less than that done by a single massive rock.

A good planetary defence system will probably take a century to build, but at least we are moving from theory to practical experiments.