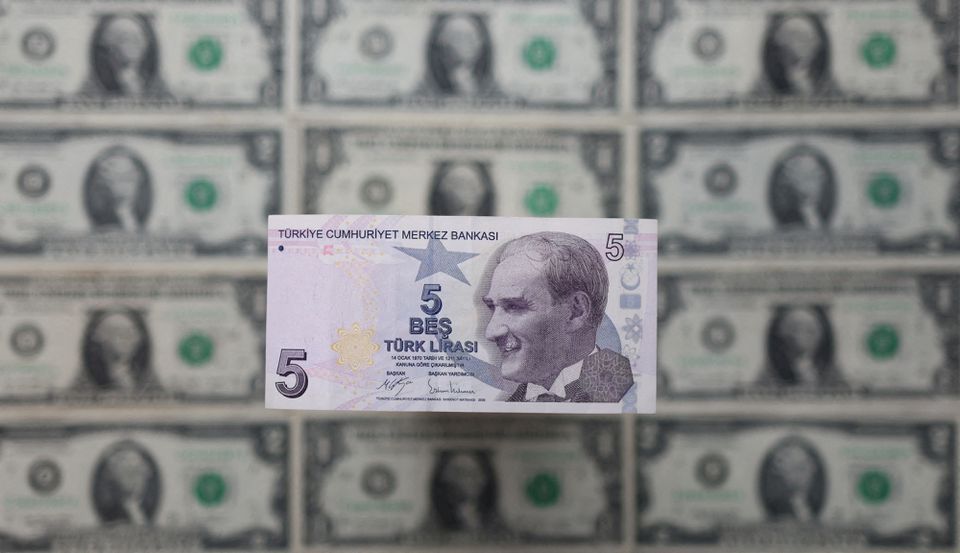 The Turkish lira sank to a fresh record low on Thursday after the central bank delivered yet another surprise interest rate cut, this time of 100 basis points.

The CBRT cut its benchmark rate to 12 per cent despite inflation rising above 80 per cent year-on-year and as other policymakers around the globe rush to hike interest rates to tackle persistent inflationary pressures.

Below is analysts’ reaction to the latest decision:

“They cut to support the growth outlook and that was the main takeaway from this, that they are more worried about growth than inflation at this point.

“There will be increased selling pressure on the lira going forward. They’ll have to come up with some kind of solution to try to support the lira and without draining reserves. So I would expect some form of statement or intervention within the next couple of months or so at least.

“Risk appetite has declined in September of course, and if we see renewed energy price pressures, which is likely given the deteriorating situation in relations with Russia, Turkish inflation could turn up again and that could put downward pressure on the lira.”

“Once you see a proper government (economic policy) installed you could see the market do very well, we have seen it before in countries like India and Indonesia … But you need the top to be right.

“With inflation of 80 per cent, lowering interest rates is irrational.”

“The CBRT cut the policy rates by 100 bps for the second month. As an economist, it’s hard to comment on this decision, because normally, higher inflation requires higher interest rates. Every rate cut gets the Turkish rates away from the fair value, and weigh on the country risks and the FX rates.

“The freestyle monetary policy management costs, and is certainly not sustainable.”

“Further cuts are likely to be more gradual going forward. And with external financing conditions tightening, the risks remain firmly skewed to sharp and disorderly falls in the lira.

“It seems that many had expected the central bank to halt its easing cycle today given the worsening external conditions as the Fed pushed back against the ‘pivot’ narrative and reaffirmed its commitment to tackling inflation. This has pushed bond yields higher and strengthened the dollar over the past month. But clearly the CBRT is under pressure from President (Tayyip) Erdogan for looser policy and it feels that the window for easing remains open.

“Real interest rates are deeply negative, the current account deficit is widening and short-term external debts remain large. It may not take a significant tightening of global financial conditions for investor risk sentiment towards Turkey to sour and add more downward pressure on the lira. We expect the lira to end the year at 24/$.”