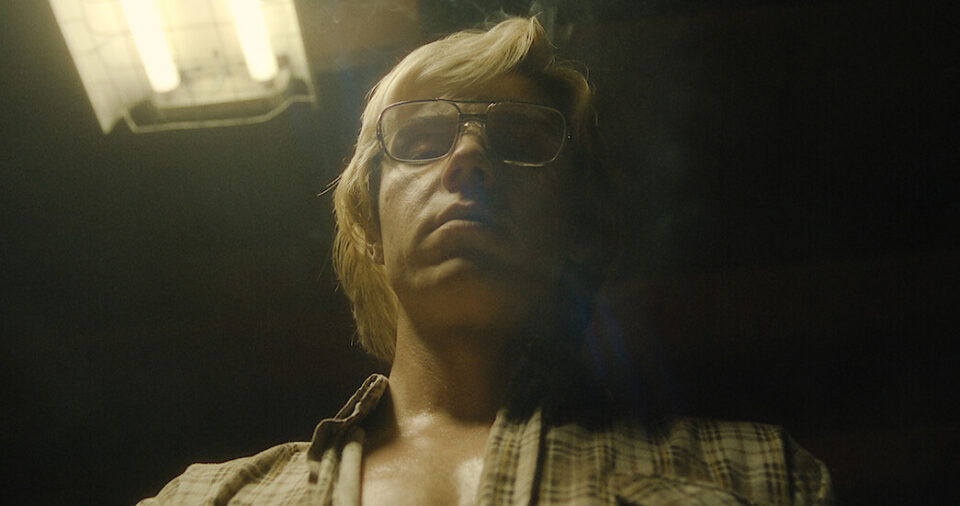 As a people we are morbidly fascinated by serial killers. CONSTANTINOS PSILLIDES takes a closer look at what to watch

If there’s one thing Netflix has succeeded in, it is allowing the public to scratch the dark itch, the morbid fascination we have with serial killers. Documentary after documentary, limited series, film, re-enactment, the streaming giant quickly realised the potential of tapping into that collective darkness.

Dahmer – Monster: The Jeffrey Dahmer Story dropped this week, and it is the latest addition to that long list of content released by Netflix that deals with the bloody and the disgusting. This 10-part series starring Evan Peters, best known for his role as Quicksilver in the X-Men series, tells the story of the eponymous serial killer, one of the best-known cases in the world of serial killers. From 1978 to 1991, Dahmer murdered and dismembered 17 people, but his crimes stand out because he engaged in cannibalism and, in some cases, necrophilia.

I really hope you are not reading this while having breakfast.

Dahmer has been one of the most explored serial killers, with several series and films dedicated to his gruesome murders. What makes Dahmer – Monster: The Jeffrey Dahmer Story stand out from the rest is that it sheds light on repeated institutional failures stemming from systemic racism and deeply-rooted homophobia. One of the most glaring examples of this is the two officers who, after finding one of Dahmer’s victims in the street, a naked, drugged, and bleeding 14-year-old immigrant from Laos, gave him back to Dahmer after the serial killer convinced them that he was his 19-year-old lover. The officers ignored the three women who warned them of the danger the teen was in, telling them to “shut the hell up” and deciding this was a domestic dispute, escorted the teen back to Dahmer’s apartment, where he was murdered shortly after.

The series also focuses on the victims, telling the story from the point of view of their friends and relatives, bringing to the surface previously untold stories, such as a neighbour called Glenda Cleveland, who repeatedly tried to get the police to come and investigate Dahmer but was ignored every time.

The limited series has received glowing reviews from audiences and critics, but if you are looking for your next dark fix to fill the murderous hole in your heart, here are some suggestions on what to binge after watching Dahmer.

A bone-chilling series that recreates the life and crimes of famous serial killers through interviews with the perpetrators and friends, family, and law enforcement. Learning about their crimes is frightening; listening to the actual killers discuss them is downright disturbing. Offering a rare glimpse into their mind and psyche, Conversations With a Killer’s first two seasons take a closer look at the life of John Wayne Gacy, the Killer Clown who murdered 33 young boys and men, and Ted Bundy, the charismatic killer. He charmed and subsequently murdered over 30 women. Netflix will release a new season on October 7, detailing the crimes of Dahmer.

A serial killer who kills with a purpose is shocking. A serial killer who kills just for the thrill of it is terrifying. Night Stalker is a 2021 limited series detailing the life and crimes of Richard Ramirez, dubbed by the media as Night Stalker, who terrorised Los Angeles in the 80s following a string of home invasions and murders. As the serial killer didn’t adhere to a strict modus operandi and victim type, authorities were initially baffled. They didn’t make the connection between the murders until years after Ramirez first started killing. The Night Stalker’s crimes and the clash between the pursuing authorities and politicians – resulting in fumbled investigations – are chronicled in this grim series that is not for the faint of heart.

An anthology docu-series told from the perspective of law enforcement and the people actively involved in tracking down, investigating and capturing serial killers. The investigations for BTK, the Green River Killer, Aileen Wuornos and the Toronto Village Killer, among others, are detailed in this captivating, gripping series that gives an in-depth view of the world behind the hunt for humanity’s most depraved.

Larnaca transforms into a Christmas land