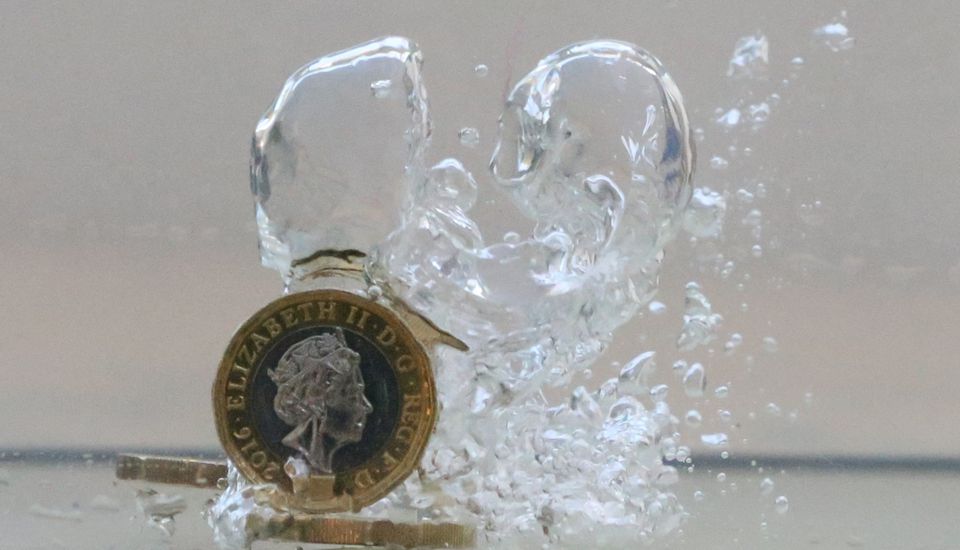 Britain’s bond market suffered its biggest daily fall in decades on Friday and is expected to slump further, as investors choked on the prospect of hundreds of billions of pounds in extra borrowing to fund tax cuts and energy bills.

The market response was brutal, not just among bond investors but for sterling too, which sank to a fresh 37-year low against the US dollar below $1.09, down more than 3 per cent on the day.

The FTSE-100 blue-chip share index closed down 2 per cent, its lowest close since mid-June.

“Today’s fiscal announcement constitutes a huge, unfunded gamble for the UK economy,” was the verdict of Ben Nabarro and Jamie Searle, economist and bond strategist at US bank Citi, one of the primary dealers in British government debt.

Five-year gilt yields , which move in the opposite direction to prices, rose a massive 50 basis points on the day to a 14-year high of 4.06 per cent – a rise over 15 times their normal daily move and the biggest daily increase since at least 1991.

Ten-year gilt yields jumped 33 basis points to 3.83 per cent, their highest since April 2011 and a yield 1.78 percentage points higher than that offered for equivalent German government bonds, the biggest yield premium since the Bank of England gained independence in 1997.

Higher bond yields may appear abstract to those outside financial markets, but they directly increase the cost of new government borrowing, and indirectly push up interest rates for households and businesses.

For Kwarteng and new Prime Minister Liz Truss, the tax cuts are essential for a programme of deregulation that aims to boost Britain’s long-run growth by a full percentage point to 2.5 per cent.

But to bond investors, they bring the prospect of more persistent inflationary pressures – at a time when inflation is already near a 40-year high – as well as tighter Bank of England (BoE) policy. Markets see BoE rates above 5 per cent by August next year, a vertiginous from rise 2.25 per cent now and just 0.1 per cent in 2021.

Government borrowing is likely to total 218 billion pounds this financial year and 229 billion pounds in 2023/24, Citi predicted, and it expects benchmark 10-year British government bond yields to rise to 4.25 per cent.

NatWest, another primary dealer, sees 10-year yields rising even higher to 4.5 per cent.

“The government have announced a pandemic-scaled fiscal stimulus … but without the offsetting monetary policy stimulus, in the form of QE, to absorb all the additional issuance,” NatWest economist Ross Walker and rates strategist Imogen Bachra wrote.

Friday’s slump in bond prices and sterling did not come out of the blue.

Sterling and gilt prices have been under pressure all year – as has the euro and euro zone debt – from fast-rising inflation, and tighter policy by the US Federal Reserve, which has been less affected economically by Russia’s invasion of Ukraine.

Currencies such as the Japanese yen and the Swedish crown have fallen more against the dollar so far this year than sterling’s 19 per cent decline.

However, Friday’s statement crystallised unease about Britain’s vulnerability to inflation and post-Brexit policy direction, which had been heightened after Truss vowed to overturn “Treasury orthodoxy” to boost growth.

“That is a strong indication that domestic and overseas investors are losing confidence in the UK’s inflation-fighting credibility,” he said.

Citi said a crisis in confidence could cause sterling to fall to parity against the dollar, while J.P. Morgan said the outsize scale of Friday’s market moves “reflects a broader loss of investor confidence in the government’s approach.”

Deutsche Bank said the BoE needed to make an emergency rate rise as soon as next week to restore credibility.

Some commentators likened the performance of sterling and gilts to the type of move found more often in emerging markets.

“I don’t think the UK is there yet but it is a direction of travel,” said Mike Kelly, head of multi-asset at PineBridge Investments in New York. “A fiscal thrust into a liquidity draining environment explains the weakness in sterling.”

BoE policymaker Jonathan Haskel said late on Thursday that he was not worried about sterling’s weakness, and stressed the importance of well-respected policy institutions in preserving investor confidence.

Business lobby groups were more positive about the government’s measures than financial markets, welcoming the prospect of planning reforms and lower taxes.

Still, those business-friendly moves failed to shore up UK shares. The domestically-focused FTSE 250 stock index fell to its lowest since November 2020.