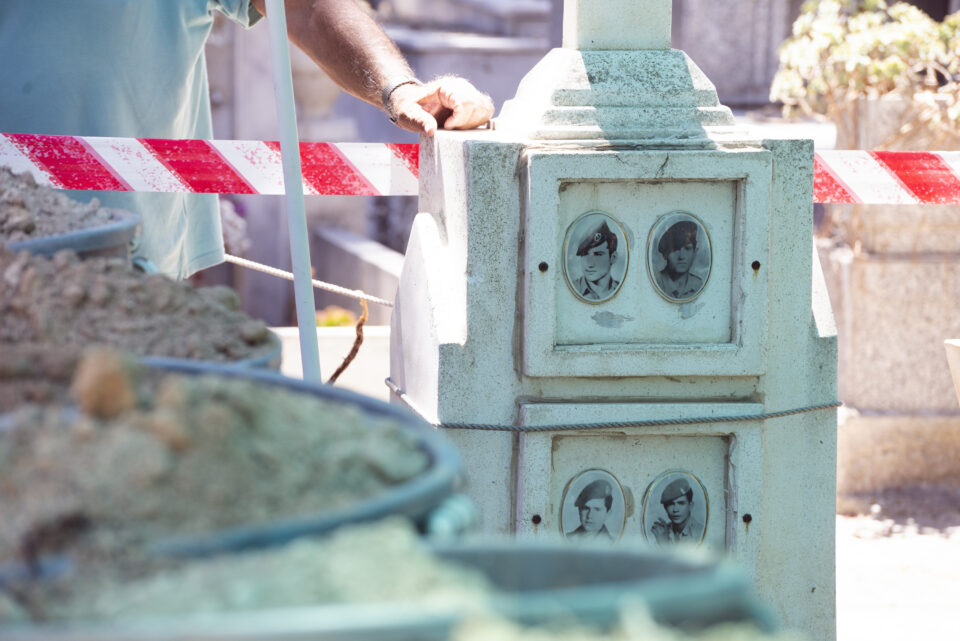 The remains of four resistance fighters killed during the 1974 July coup were returned to their families on Wednesday, after their bodies were found in a Limassol cemetery, where they had been dumped by Eoka B fighters.

The remains were found to belong to Christakis Kombou, brothers Anastasis and Charalambos Christofi, and Pantelakis Charalambous after testing was carried out by the Cyprus Institute of Neurology and Genetics (CING).

The bodies had been dumped in a mass grave in the Ayios Nikolaos cemetery in Limassol, which was excavated from between July and September 2022, based on a district court order.

Presidential Commissioner for Human Rights Photis Photiou and his colleague Xenofon Kallis, along with a representative from CING, announced the return of remains to the families at a meeting at the presidential palace on Wednesday.

Sharing details of the individuals, Kallis said the Christofi brothers were from Fikardou, Charalambous was from Lazania, and Kombou was from Tsiflikouthkia in Limassol and a member of the presidential guard.

Kombou assisted with President Makarios’ escape from the presidential palace on July 15, 1974 during the military junta inspired coup.

Following the start of the coup, Kombou and other guardsmen took the president to Klirou, where Kombou stayed, as one of his fellow guardsmen fell ill, requiring him to stay there.

Makarios fled for Troodos in the meantime, according to Kallis.

Kombou eventually borrowed Charalambous’ car and along with the two Christofi brothers made their way towards Limassol, where Eoka B fighters stopped them near the Parekklisia exit.

According to Kallis, the coup-supporters took them to a dump in Ayios Tychonas, beat them and executed them.

“The killers buried them in temporary graves with the use of an excavator, and then after a few days due to the stench in the area, the bodies were found by chance,” he said.

Kallis added at the time the bodies were unidentifiable, but the families of the four men were informed that they might belong to them.

The families arrived and took the bodies and had them buried in a mass grave in Ayios Nikolaos cemetery.

Following a request from the families of the men to the Limassol court recently for excavations of the tomb, the remains were exhumed in the summer of 2022.

The case was submitted to Photiou’s office, who began the excavations.

Commenting on the tragedy of the coup and the subsequent invasion, Photiou said: “This is another tragic aspect and I hope that with the process that has been followed and the bones of the four that have been identified – and the funerals that will follow – we will put an end to this great pain of the relatives,” he said.