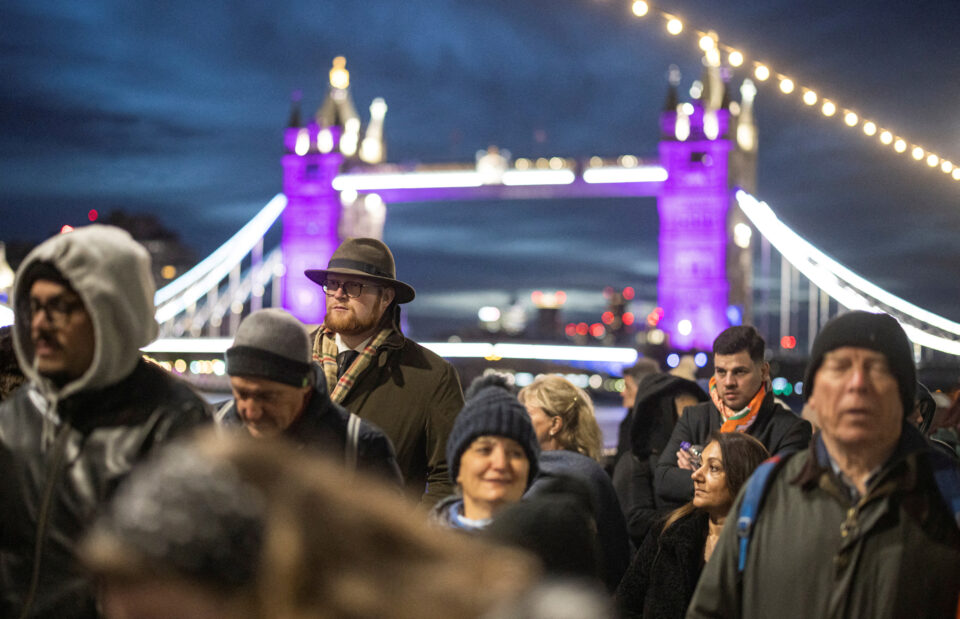 By Cynthia Sear and Andrew Dawson

As we have seen from coverage of The Queue – capitalised and thus now, apparently, a proper noun – the English are proud of their queuing prowess.

The Queue for the queen lying in state is portrayed as testament to the English ideals of civility, duty and sacrifice.

David Beckham’s 13-hour wait in the crowd was widely praised, while TV hosts Holly Willoughby and Phillip Schofield’s alleged (although denied) “push-in” has been admonished.

But The Queue is part of a bigger picture. Like class, the English propensity to celebrate queuing illuminates a peculiar national obsession with order, hierarchy, and one’s place within it.

The English proclivity for queuing has been the subject of cultural commentary for decades.

In 1946 Hungarian humourist George Mikes reportedly noted: An Englishman, even if he is alone, forms an orderly queue of one […] [queueing is] the national passion of an otherwise dispassionate race.

British anthropologist Kate Fox, author of Watching the English, wrote that in the 2011 London riots: I witnessed looters forming an orderly queue to squeeze, one at a time, through the smashed window of a shop they were looting.

Queueing as a form of ceremony, such as seen in London this week, is perhaps a particular type of queue.

In defiance of the typical English reservedness, The Queue has been credited with fostering cameraderie and even chance meetings.

There is something culturally distinctive about the English queue. The English seem to have a fondness for publicising their queuing ability.

While much of the recent coverage emphasised the egalitarianism of The Queue, researchers such as Joe Moran have noted queuing has endured a chequered past.

Many felt the queue was an unfair method of distribution – especially for older people, mothers with young children or working women, who faced more difficulty to wait in line for essential items.

In the late 1940s and early 1950s Winston Churchill seized on the unpopularity of queues to argue: We [The Conservatives] are for the ladder. Let all try their best to climb. They [Labour] are for the queue. Let each wait in his place till his turn comes.

In the 1960s and 70s the English faced recurrent queues at banks and post offices. The queue was widely depicted as a symptom of inefficiency of the national economy, something one might expect on the other side of the Iron Curtain, but not appropriate for Britain.

Throughout the late 1970s and the 1980s, associating queues with incompetence and disorganisation was a constant theme in politics.

More recently, as observed by sociologist Arlie Russell Hochschild, the queue and queue-jumping have been weaponised in political discourse regarding minorities.

Many of Britain’s white working class perceive the British policy of multiculturalism as a relegation of their status.

The benefits that flow to immigrant ethnic minorities are often presented as an unfair “push-in” for the social mobility ladder, allowing them to effectively “jump” Britain’s class queue.

That queuing for social occasions such as the queen’s death has been reimagined in recent years as a positive phenomenon is curious.

Whether in a queue or a ladder, however, such appeals to social organisation are about knowing one’s place – a particularly English preoccupation.

Ask any English person about their position in society. Depending upon their class, they may be embarrassed or affronted by the question, but they will have an answer, whether they share it with you or not (determined, again, by their class).

While it may be less obvious in Australia, or railed against in America, many English people continue to embrace these systems even as the wider world moves on in seemingly disordered ways.