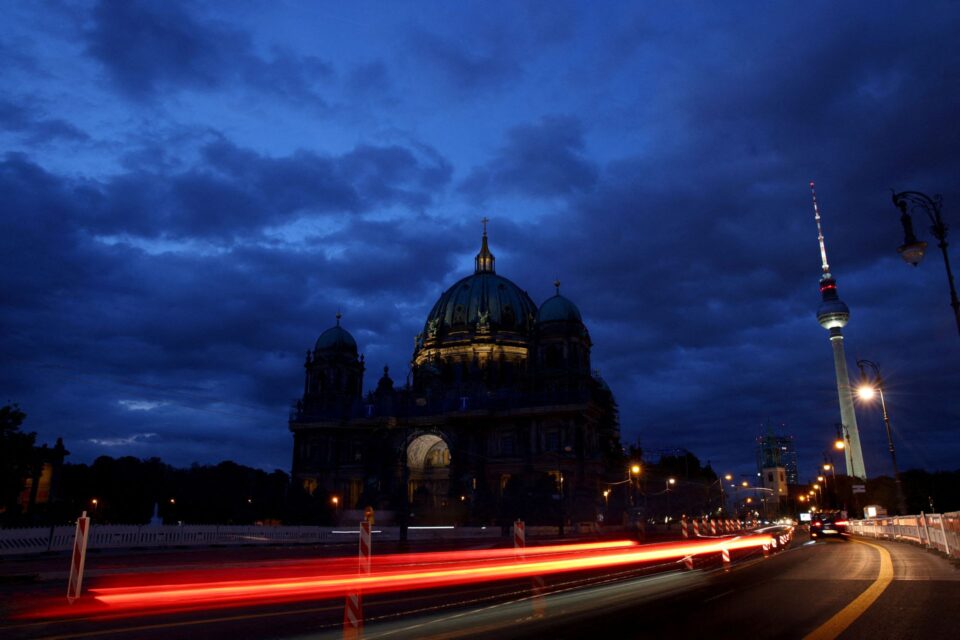 In the weeks after Russia’s invasion of Ukraine on Feb. 24, Claudio Descalzi, CEO of Italian energy major Eni (ENI.MI), embarked on a whirlwind of trips to gas suppliers in Africa.

The visits included meetings with officials in Algeria in February plus talks in Angola, Egypt and Republic of Congo in March, with Descalzi often accompanied by senior Rome officials, according to company and government releases.

State-controlled Eni and Italy were able to leverage existing supply relationships with those nations to secure extra gas to replace a large part of the volumes it received from its top supplier Russia.

It’s a nimble shift that many European countries have been unable to perform as Vladimir Putin’s war jolts the continent into an alternate reality.

Take Germany. An economic powerhouse and long a byword for prudent planning, it has been caught wholly unprepared. It’s on the brink of recession, its industry is preparing for gas and power rationing and it has just nationalised a major utility.

Italy, a country familiar with economic crises, is looking comparatively resilient. It has secured additional supplies and is confident it will not need to ration gas, with its government hailing the nation as the “best in Europe” on energy security.

“The appreciation Descalzi enjoys in several African countries is for sure a competitive advantage,” said Alberto Clò, a former Italian industry minister and ex-board member at Eni, referring to the difficulties of signing deals during a supply crisis.

Indeed the two countries find themselves in contrasting circumstances as a severe energy crunch weighs unevenly across a continent where dependence on Russian gas varies widely.

Much of the region faces a winter supply crisis, with those heavily exposed including Germany, Hungary and Austria. Less-affected nations include France, Sweden and Britain, which haven’t traditionally relied on Russia, as well as Italy.

Martijn Murphy, an oil and gas specialist at research firm Wood Mackenzie, said although Italy had long counted Russia as its biggest gas provider, its greater diversity of suppliers and long-standing links with Africa meant it was better placed to withstand a cessation of Russian supply than many others.

“Eni has very strong ties with all the countries it operates with in north Africa and is present in all: Algeria, Tunisia, Libya, Egypt and in most of these countries it is the biggest upstream investor and international oil company producer.”

The power crunch caused by the war has forced governments to confront the risks of over-reliance on a dominant supplier or region. It bears echoes of the 1970s energy crisis that led to the West rethinking its dependence on Middle Eastern oil, a shift that spurred global exploration and a search for alternative suppliers such as Venezuela and Mexico.

The Italian government declined to comment. Germany’s economy ministry said it wanted to move away from Russian gas imports as quickly as possible and diversify its supplies, citing early steps towards that such as the leasing of five floating terminals for liquefied natural gas (LNG). Germany currently has no LNG terminals, while Italy has three in operation and has recently bought another two.

A TALE OF TWO BUYERS

Italy consumed 29 billion cubic metres (bcm) of Russian gas last year, representing about 40 per cent of its imports. It is gradually replacing around 10.5 bcm of that by increased imports from other countries starting from this winter, according to Eni.

Most of the extra gas will come from Algeria, which said on Sept. 21 it would increase total deliveries to Italy by nearly 20 per cent to 25.2 bcm this year. This means it will become Italy’s top supplier, provide roughly 35 per cent of imports; Russia’s share has meanwhile dropped to very low levels, Descalzi said this week.

From the spring of 2023, an increasing flow of LNG will start to arrive from countries including Egypt, Qatar, Congo, Nigeria and Angola, allowing Italy to replace another 4 bcm of Russian gas, Eni said.

Germany, whose 58 bcm of imported Russian gas last year made up 58 per cent of consumption, has seen supplies via the Nord Stream 1 pipeline been reduced since June and halted in August.

Unable to secure enough long-term replacement supplies from other countries, and lacking a national oil and gas major with production abroad, it has been forced to go to the spot, or cash, market where it has had to pay about eight times the prices seen a year ago for replacement gas.

Factors beyond human control can shape energy security: Germany does not enjoy Italy’s proximity to north Africa, for example, or Britain and Norway’s North Sea riches. It has no major oil or gas reserves.

Nonetheless German officials and executives have made miscalculations in recent years, notably after Russia’s annexation of Ukraine’s Crimea peninsula, suggesting the current crisis could have turned out differently.

Back in 2006, it was Italy running fastest to Russian gas, with Eni – the country’s dominant gas importer – agreeing at that time the biggest-ever gas deal by a European firm with Moscow-controlled energy giant Gazprom (GAZP.MM).

But in the past eight years, the two countries have diverged: Germany has doubled down on Russian gas and became increasingly dependent while Italy has sought to hedge its bets.

Italy began charting a different course in 2014 when a new government replaced that of Silvio Berlusconi, who was a long-time friend of Putin, and Descalzi took the helm of Eni, according to three sources familiar with the country’s energy strategy.

Descalzi, an exploration and production specialist who had overseen projects in places such as Libya, Nigeria and Congo, focused on what he knew best, one source said: exploring Africa.

A major success came in Egypt in 2015, when Eni discovered the Mediterranean Sea’s biggest gas field Zohr. As Descalzi pushed Eni to fast-track projects, the source added, Eni was able to start production at the Zohr in less than two-and-a-half years, a comparatively quick development in the industry.

Russia’s annexation of Crimea in 2014, and the ensuing Western sanctions, was a watershed moment.

Rome withdrew its support for Gazprom’s $40 billion South Stream project – which was meant to transport gas from Russia to Hungary, Austria and Italy while bypassing Ukraine – also in response to the sanctions. South Stream was abandoned by Eni later that year, before it was mothballed by Moscow.

Italy instead turned its sights to the construction of the smaller Trans Adriatic Pipeline from Azerbaijan via Greece and Albania.

Germany did not pare back its Russian exposure, though.

“Europe and Russia have built an energy partnership over four decades, and there has not been a single day in that time when gas has been used as a strategic weapon against the West,” Johannes Teyssen, then-CEO of E.ON (EONGn.DE), said in 2014 in the wake of the annexation.

Furthermore, an agreement was struck in 2015 between Gazprom and companies including Germany’s E.ON and Wintershall (WINT.UL) to form a consortium to build the Nord Stream 2 pipeline.

Germany has once again been blindsided.

He has since changed his view.

Seven months on, Uniper is preparing to sue Gazprom for damages over supply cuts and has been bailed out to the tune of 29 billion euros ($28 billion) by the German government, which agreed in September to nationalise the company.

Germany aims to fully replace Russian gas by mid-2024, though some utilities – including top power producer RWE (RWEG.DE) – reckon it could take longer than that, given alternative sources are scarce and volumes difficult to procure.

All agree it will be an expensive endeavour.

“We have relied too long and too heavily on energy supplies from Russia,” German Chancellor Olaf Scholz said in June. “The old equation that Russia is a reliable economic partner even in crises no longer applies.”