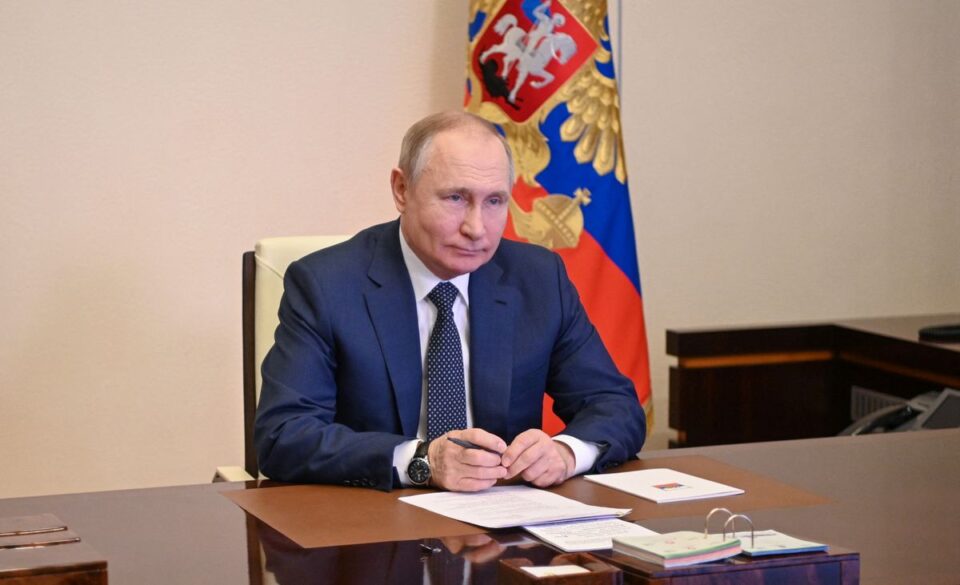 Vladimir Putin’s edict announcing the call-up of thousands of reservists for his so-called “special military operation” in Ukraine appears to have caused widespread panic and protests among the Russian public. It seems that, for some at least, this executive order has finally brought home not just the gravity but also the proximity of the war that their president has visited on their neighbour.

Even some of the president’s most ardent supporters, while apparently accepting the edict’s formal validity, appear to be questioning its legitimacy in practice.

When Putin’s predecessor, Boris Yeltsin, came to power in 1991 following the collapse of the USSR, he was faced with huge constitutional problems. In the transition from a Soviet economy to a market economy, legal vacuums appeared everywhere – the law on private property being one of the bigger ones. A fight for control over the direction of travel also ensued.

Matters came to a head in 1993 when Yeltsin called in the army. He won the battle with the opposition-dominated legislature and celebrated with the unveiling of a new constitution that gave him sweeping powers – at parliament’s expense.

Thanks to Yeltsin, the president acquired a range of very significant powers in all three traditional branches of constitutional authority: legislative, executive and judicial. These powers were extended even further by Putin’s amendments to the constitution in 2020. Today, he can dissolve the Duma (the lower house of parliament) and announce fresh elections. He can appoint and dismiss the head of government and their deputies. He can dismiss even the most senior judges if, in his view, they “tarnish the reputation of the judiciary”. Arguably the presidency is now in effect a fourth branch of constitutional authority that overarches the other three.

The presidential edict is one of the mechanisms by which the president wields these powers. It is a form of legislative instrument that has deep roots. Yeltsin adopted it from the old constitution of the USSR and under the 1993 constitution, supercharged its effectiveness to the extent that he could even issue edicts about edicts that would remain good law until either repealed or superseded by federal law passed by the parliament. The only constraints are that an edict should not contradict the constitution or federal law.

Today there is nothing in the Constitution of the Russian Federation that prevents the president from issuing an edict in any area he wishes. He does not have to explain publicly the way edicts are arrived at or submit any draft for review by another authority of the state. Edicts are prepared by the presidential administration and do not have to be approved by Parliament. Indeed, parliament may not know the content of an edict that has not been published.

Such is the supremacy of his constitutional powers that these edicts are extremely difficult – if not impossible – to challenge. Cases can be brought before the Constitutional Court but in practice this is of limited value now that the president has the power not only to hire the court’s judges but also to fire them.

Out of more than 680 edicts issued by Putin this year, one of the most controversial has been the edict on the “partial mobilisation” of reservists. It is perhaps unsurprising, given the public reaction, that the call-up was made by edict rather than by legislation, which would have to be publicly debated in parliament. Little consideration appears to have been given to what the public might think.

Immediately following the announcement of the edict, the speaker of the Duma, Vyacheslav Volodin, announced that laws would be introduced to, among other things, protect reservists’ jobs and introduce mortgage holidays for people being called up. But these measures have lent the process only the thinnest veneer of constitutional respectability. Furthermore, perceptions have not been helped by the simultaneous approval by the Duma of a new law – apparently introduced with cross-party support – that toughens penalties for avoiding the call-up, desertion, defection and so on.

Another issue with the edict that has caused consternation is the withholding of a section from publication – apparently on the ground that it is “for official use” only (section 7 of the edict, N 647). In the circumstances, it is hardly surprising that people are questioning the edict’s legitimacy. Even so, the redaction itself should not really come as any surprise. The very idea that a law can be enacted but not published is not new in Russia. In Soviet times, many laws in force went unpublished notwithstanding that it led to “legal chaos” – it’s worth reading A.L. Makovsky, a founding father of Russia’s private law, on the codification of Russia’s civil law, on this subject. And again, it was Yeltsin who adopted this constitutional power in his edict about edicts in 1996.

Under the edict about edicts, a presidential edict should be published unless it relates to or contains either a state secret or confidential information. Although there are two categories for exemption, they are extremely broadly defined – encompassing anything from information about the economy to court proceedings.

Furthermore, the president not only has the power to redact a particular section but the whole edict can be withheld from publication. It is a power that Putin has used extensively over the years, consistently withholding at least one-third of his edicts from public view. At key times it has been almost two-thirds – in March this year, following the invasion of Ukraine, more than 60% of presidential edicts were withheld from publication in their entirety.

While Putin may well get his way over the call-up of hundreds of thousands of reservists, it is not clear that it will be through general public acceptance of the edict’s validity. The protesters’ reaction to it suggests that its mere conformity to constitutional rules does not make it legitimate in their eyes.