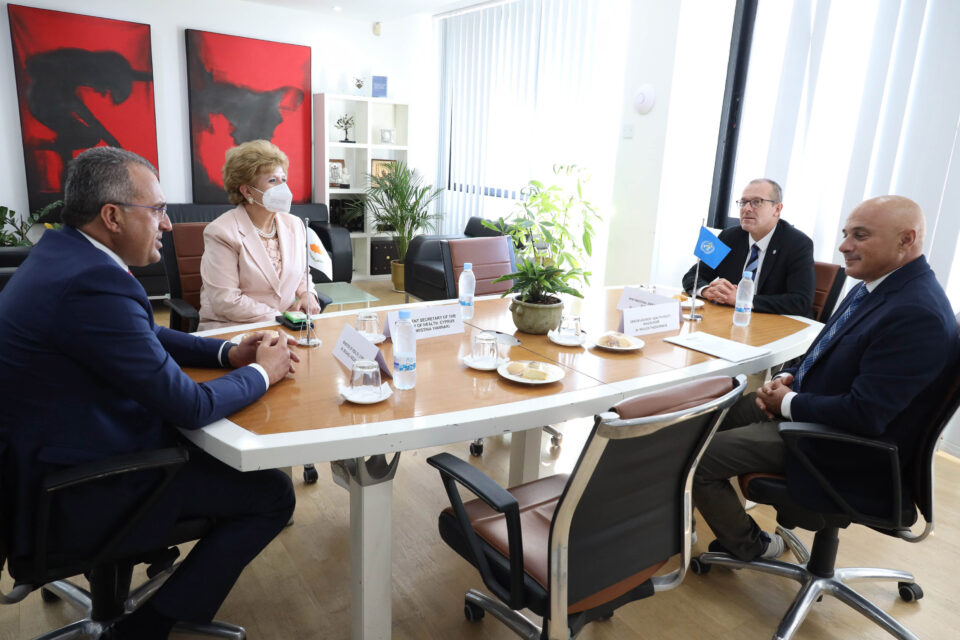 The health ministry on Thursday signed a joint declaration of intent with the World Health Organisation’s (WHO) regional office for Europe for the establishment of an office in Larnaca.

“Cyprus, having an established history of excellence in science and research, has policies based on evidence-based science,” the health ministry said in a statement following the signing.

In this context, the ministry said it had undertaken a series of consultations with the WHO’s regional office for Europe, with a view to establishing an office in Larnaca.

This would further strengthen Cyprus’ international relations and upgrade public health, both in Cyprus and in the wider region, it added.

The Larnaca office is expected to be active in strengthening public health and upgrading preparedness to address emerging and epidemic-prone infectious diseases, through the promotion of innovative actions aimed at prevention, as well as in the collection, dissemination and evaluation of epidemiological data.

It is also expected to focus on the development of policies in the field of communicable diseases and zoonoses, promotion of actions, response mechanisms and preparation of cooperation tools.

In his address during the signing ceremony, Health Minister Michalis Hadjipantela said that both the ministry and the WHO’s regional office for Europe share a common ambition to achieve the highest level of well-being, health protection and disease prevention.

“In line with the sustainable development goals, every person, regardless of socio-economic status or background, can have access to high quality, affordable and safe health services,” he added.

“An important element of this is the adequate management of control of emerging communicable diseases, including having robust systems in place to monitor and prevent their spread.”

For his part, the director of the WHO regional office, Dr Hans Henri P. Kluge, said the new Larnaca office would serve as a platform for dialogue and cooperation in the field of public health, for Cyprus and the rest of Europe.

“Today we are making Europe a safer place, better equipped to deal with future threats, and to provide the health care that citizens demand,” Kluge said.

“The new WHO country office in Cyprus will build on the country’s tradition of excellence in science and research and is expected to enhance the high level of preparedness and expertise in responding to communicable diseases and zoonoses. At the crossroads between West and East, Cyprus occupies a special geopolitical position for the advancement of inter-community health, as a hub of migration, but also as a point of entry,” he concluded.

The office is set to open in the coming months.

While in Cyprus, Kluge will also take part in a conference in Limassol on October 7, named “The Next Day of the Pandemic”, which will also be attended by the European Commissioner for Health and Food Safety Stella Kyriakidou, as well as representatives of the European Centre for Disease Prevention and Control (ECDC).