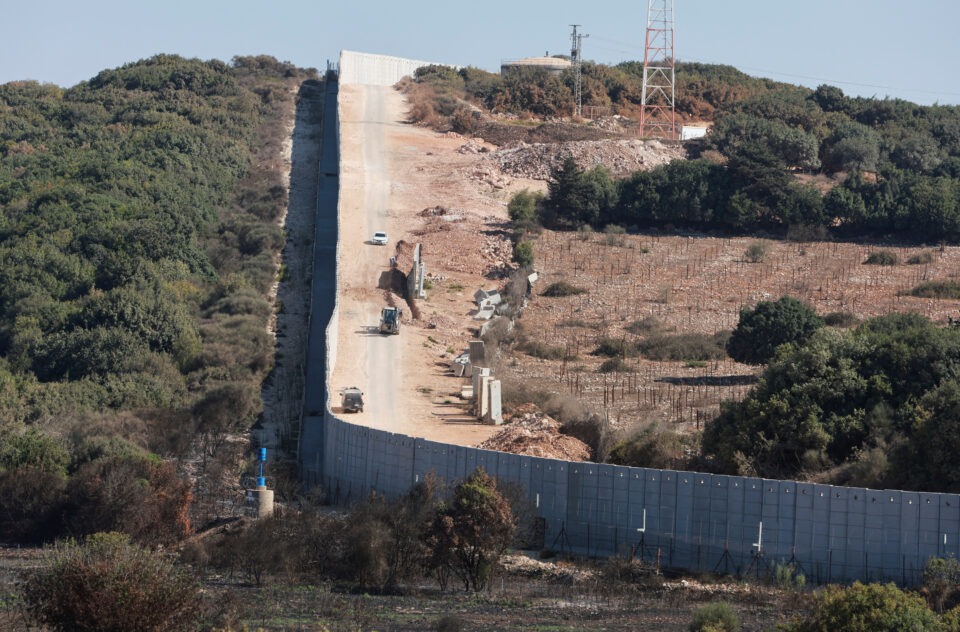 A view shows the border wall between Lebanon and Israel as seen from Marwahin, southern Lebanon,

Cyprus on Wednesday welcomed the historic agreement between Lebanon and Israel demarcating a disputed maritime border between them after years US-mediated negotiations, saying it would facilitate energy security in the region.

“This very important development is estimated to contribute to the creation of conditions of stability and security in the Eastern Mediterranean region,” the foreign ministry said in a statement.

It added that the Cyprus government requested, through diplomatic channels, detailed information regarding the agreement, taking into account that the agreement on the Israel-Lebanon maritime border directly concerns a section of approximately nine nautical miles (17km) on the Cyprus-Israel and Cyprus-Lebanon demarcation lines.

Cyprus, having concluded Exclusive Economic Zone delimitation agreements with Egypt and Israel and having signed a delimitation agreement with Lebanon, considers that the settlement of the issue will strengthen the legal framework for cooperation in the region, especially in the field of energy, based on international law and especially the Convention on the Law of the Sea, the ministry added.

“This positive development will give additional momentum to the efforts to complete maritime delimitations in the Eastern Mediterranean and to exploit its energy wealth at a particularly critical moment for regional and European energy security and the security of energy supply.”

The ministry said agreements on the delimitation of maritime borders were very important legal tools for deepening regional cooperation, providing, among other things, the necessary legal certainty to state and non-state actors, including investors.

It congratulated both governments for their willingness to resolve the dispute, as well as US side for “its catalytic and successful mediation”.

Cyprus and Israel signed an agreement delineating their respective exclusive economic zones (EEZ) in 2010 but a unitisation deal has not yet been signed specifying development of gas reservoirs straddling both countries’ territories.

The ongoing dispute derives from the claim of the owners of the Yishai gas licence, on the Israeli side of the Israel-Cyprus EEZ boundary line, that the Aphrodite gas deposit extends into Yishai.

Years of talks between the companies on either side regarding the mode of sharing failed until last month when the energy ministers of the two countries met in Nicosia and agreed to continue the constructive process aiming to conclude a fair and swift resolution.

Progress had been made and a roadmap for dialogue was created they said, expressing optimism for a solution.

The agreement between Lebanon and Israel was reached on Tuesday.  According to Reuters, while limited in scope, a finalised deal would mark a significant compromise between neighbours with a history of war and hostility, opening the way for offshore energy exploration and easing a source of recent tensions.

It sets a border between Lebanese and Israeli waters for the first time and also establishes a mechanism for both countries to get royalties from TotalEnergies’ exploration of an offshore gas field that straddles the boundary.

A three-year financial crisis in Lebanon made a gas find even more urgent, as it could help fix a long-standing Lebanese failure to produce adequate electricity for its population.

Once a formal deal is signed, TotalEnergies could begin exploration immediately in Lebanese waters, according to Lebanon’s caretaker Prime Minister Najib Mikati.

A US official told Reuters that after the agreement is cleared by Israel’s parliament, Washington would exchange letters to “finalise the agreement”.

How does Bitcoin affect the entertainment industry?