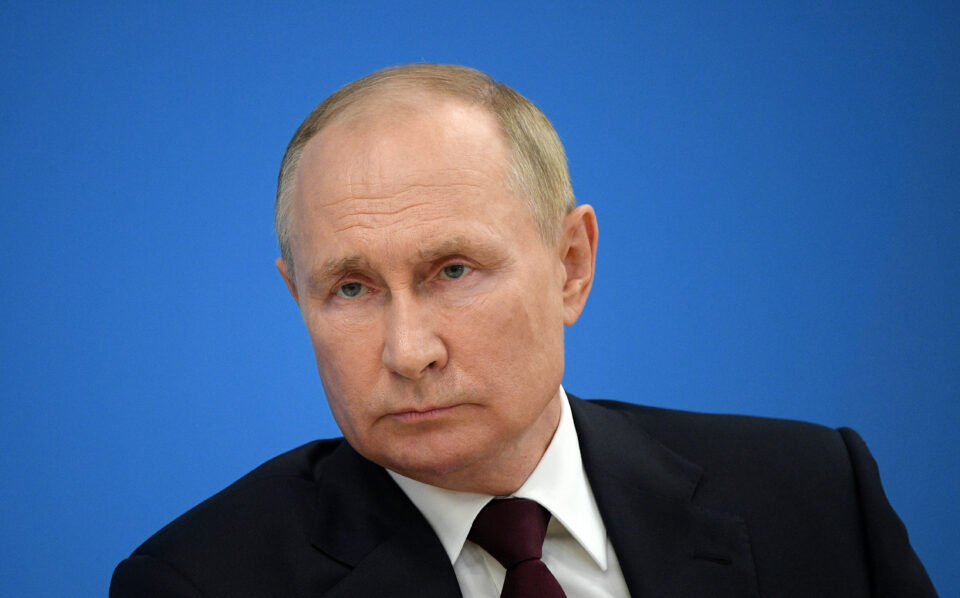 Russia’s president said Europe was to blame for its energy crisis with policies that starved the industry of investment as EU states struggled on Wednesday to agree on a gas price cap to offset its impact on consumers.

Worries about the security of energy supplies were heightened when a leak in Poland on the Druzhba pipeline from Russia reduced the flow of oil to Germany.

Poland said the leak was probably caused by an accident but it came as European Union nations are seeking to wean themselves off a reliance on Russian energy in response to the invasion of Ukraine in February.

The Nord Stream gas link to Germany is now out of action after a leak last month that both Russia and the West have blamed on sabotage, without identifying who was behind it.

President Vladimir Putin said leaks in the two Nord Stream pipelines running under the Baltic Sea were an “act of international terrorism” to deprive people of cheap energy.

Speaking after a meeting of EU energy ministers in Prague, EU energy commissioner Kadri Simson said prices were unsustainably high but indicated that there was not yet agreement on a gas price cap.

Putin said gas could still be supplied by one intact part of the Nord Stream 2 pipeline but it was up to the EU whether or not it wanted the gas.

Germany froze the Nord Stream 2 project days before Russia sent troops into Ukraine and a German government spokesperson on Wednesday ruled out taking gas via that route.

“We could move the lost volumes along the Nord Streams along the bottom of the Baltic Sea to the Black Sea region and thus make the main routes for the supply of our fuel, our natural gas to Europe through Turkey,” Putin told an energy forum in Russia.

Putin said Moscow was not to blame for Europe’s sky-high energy prices and pointed at the EU’s green energy drive, saying it led to underinvestment in the global oil and gas industry.

The Group of Seven (G7) countries have been discussing a cap on Russian oil prices, a move Putin said would deepen problems.

The impact of efforts to use less Russian energy, plus steep cuts in supplies from Russia, have been felt across the 27-nation EU, with gas prices almost 90% higher than a year ago and fears of rationing and power cuts over the coming winter.

EU energy ministers on Wednesday agreed on a package of new proposals to tackle the crisis that will be put to the EU Commission next week.

These included the development of an alternative benchmark for gas prices, further steps to reduce demand and promote joint purchasing. But agreement on a gas price cap proved elusive.

“We will see over the weekend how we can proceed with capping the gas for power generation – if this is at that stage that we can say that there is a broad majority of member states supporting this measure,” Simson said.

Most EU countries say they want a gas price cap, but disagree on its design. Some countries, including Germany, Europe’s biggest gas market, have been opposed, arguing it risks choking off supplies.

In neighbouring Poland, pipeline operator PERN said a leak was detected on Tuesday evening in a section of the Druzhba oil pipe around 70 kms (43 miles) from the central Polish city of Plock.

The Druzhba pipeline, whose name means “friendship” in Russian, is one of the world’s largest, supplying Russian oil to much of central Europe.

Germany’s PCK Refinery in the eastern town of Schwedt, which supplies 90% of Berlin’s fuel, said it was still receiving oil deliveries from the Druzhba pipeline but at reduced capacity.

The energy crisis has had knock-on effects across the whole of Europe as businesses have passed on extra costs, squeezing household budgets.

Governments are also trying to figure out how to fund emergency measures taken to protect customers and smooth out the distortions caused by the surge in prices.

In Britain, the new government set out plans for a temporary revenue limit on low-carbon electricity generators, which the industry said was a “de-facto windfall tax” on renewable energy producers.