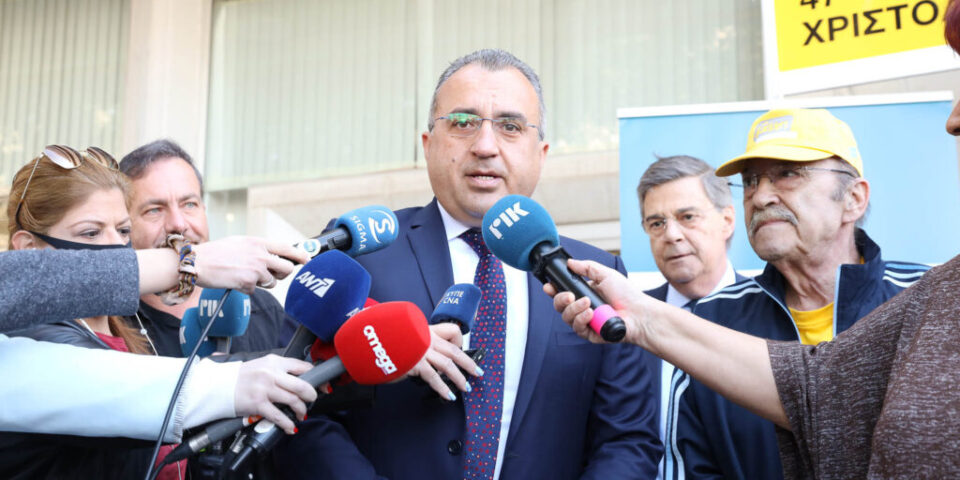 Health Minister Michalis Hadjipantela has called for calm and understanding following the suspension of two doctors over complaints of medical negligence at the Makarios children’s hospital.

His comments on Monday come amid complaints from the doctors’ colleagues and concerns about treatment from parents.

Hadjipantela held a meeting at the hospital, saying afterwards that: “I just want to remind everyone why these doctors have been suspended. As we all know, last March a 15-year-old girl passed away, this girl could have been a niece of anyone one of us, a daughter, a sister, a relative.

“It is our duty as the health ministry, after having received a written complaint from parents, to investigate this complaint properly and transparently,” he added.

There have been long-standing complaints from patients’ groups that tackling medical negligence is a steep uphill struggle,

But medical staff at the children’s hospital held a two-hour work stoppage on Thursday to condemn the “unfair and unnecessary” three-month suspension imposed on two doctors of the hospital.

The two, together with a third doctor who is a university professor, are being investigated after a 15-year-old girl died a few days following her kidney transplant in March.

The minister explained that a subsequent complaint from the parents was followed up by a medical report which must be further investigated by the police. He emphasised that it is in everyone’s interest to have the matter resolutely resolved so that there are no doubts.

Seeking to address concerns over staff shortages amongst the specialists – following the suspensions, Hadjipantela said that the gaps are being filled. He detailed that there are six additional paediatric surgeons at the Makarios children’s hospital, while the other specialist will have his duties taken over by another doctor from the Nicosia general hospital. Another paediatric nephrologist will join the staff on a short-term basis until the matter is resolved.

Hadjipantela also confirmed that there have been other complaints levied against the doctors who have been suspended, saying that these too will be investigated.

“We at the ministry study everything, we leave nothing to chance, everything gets checked,” he said.

He met with doctors and administrators of the hospital as well as with the director of the health ministry, along with officials from the state health services organisation (Okypy).

Investigations into the minor’s death started after the family of Ioanna Skordi lodged a complaint to the police.

The 15-year-old underwent surgery for a kidney transplant in early March when doctors found she had tumours. She died a few days after on March 4.

Reports suggested the girl’s parents had asked for her to be transferred to Israel, however local doctors said this was unnecessary. After, when health ministry senior official Christina Yiannaki was informed about the case, a doctor from Israel was contacted to come to Cyprus.

However, the girl died before she was examined by the Israeli doctor.

A preliminary investigation showed that there is possible medical negligence. The file was transferred to the legal service.

Okypy said on Friday it is unfortunate for doctors to be suspended but said it is part of the protocol.

“When an official is suspended, it does not mean that they are guilty, but rather that Public Health Committee has deemed it is for the public’s interest to not affect any ongoing police investigation,” Okypy spokesman Pambos Charilaou told CyBC radio.