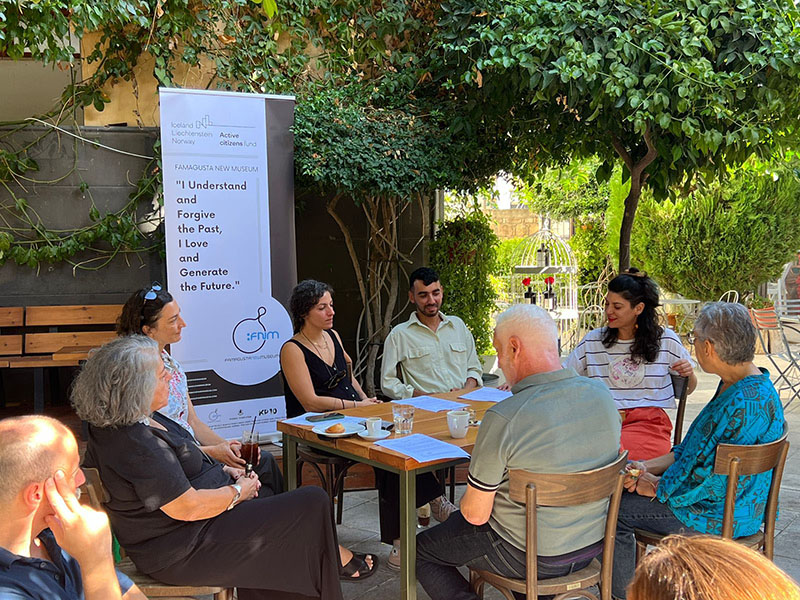 A new virtual museum is setting itself up as a safe space where memories, photos and other material of Varosha and its surrounds can be shared. MELISSA HEKKERS finds out more

Audio-visual data from the ghost city Varosha and its surrounds is to be brought together in a virtual museum with the aim of enabling the social, cultural and political reactivation of the occupied town.

The Famagusta New Museum (FNM) project, created by the Pierides Foundation and the community space KP10, is based around the online museum, which acts as a kind of lost and found platform; a repository where people who lived in and have memories from Famagusta will be able to upload photographs and materials to share with the wider public.

Underlining that the FNM will have no physical space, Maria Efstathiou from the Pierides Foundation emphasised that the idea of creating a virtual museum relies on the fact that it will make the information collected more accessible and “with no borders”. And by building a virtual museum, the team aspires to rediscover Cypriots’ common past through a digital collection of personal histories, places and objects connecting the past to the present. Memories will be presented in audio and visual formats, photographs and texts from the past as well as new findings. To this end, the FNM will be accessible to everyone, and the digital archive will grow with the project’s ongoing research, collected information and collaborative contributions. Evidently, the museum’s input will heavily depend on people who lived in Varosha or other parts of Famagusta, those who live in the city now, as well as from the wider public whose lives were touched by Famagusta.

“I’m hoping this platform will also be a reason for people to share their secrets and treasures from Varosha (for example). Most of the Turkish Cypriots have something in their home from Varosha and the platform will give them a safe space to share that openly, so that we can collect those memories together and be one with each other,” added Nurtane Karagil from KP10, which is based in the old city of Famagusta.

Embracing a fresh perspective on museums, the fact that it has no physical home seems to be what drives its creators. “Everywhere could be a museum,” said Karagil, adding that because the project focuses on a town which is in an occupied territory, it’s by establishing the museum in a virtual space that it will remain impartial to the reality on the ground. “We don’t want to establish ourselves in that kind of space for this kind of project (an occupied space) because if you register yourself there, you kind of limit yourself a lot,” she adds.

However, besides the platform, the project will also instigate physical events and hands-on-workshops on tradition and its revival, further promoting the project’s aims of reconciliation. One of the events is a summer camp that will bring Cypriot youth together to re-learn the history of Cyprus from an objective perspective, along with walking tours in Varosha with audio guides that will enable everyone to walk through Famagusta accompanied by its past and current residents’ memories.

“This new museum of course is based on the idea of a museum and in (conventional) museums you have workshops which connect real life and the philosophical understanding of a space,” explained Karagil. “In the summer camp, we’re hoping that with the multicultural community and various generations, we can think about Cyprus as a place without any boarders,” she added. Karagil brings up village names in the north which have been changed into Turkish to make a point. “Even with village names… you kind of loose the idea about what kind of space you live in… in the summer camp everyone will be able to create their own Cyprus map and get their own knowledge and share their own practice… to open their mind a bit about where they live and what the space around them is as well as what one’s surroundings contain and have this kind of real life practice with actions rather than text, space and academics…”

Another important focus are the guided tours of the ghost town. These will be carried out through an app that will also be enriched via people’s memories. Through the app, people will be able to upload their own sound bites at their own chosen location and contribute to the city’s ‘sound space’ and share it with other app users. “These sound bites are a really good way to interact with space… you don’t even need to be in one location… but people can experience it in a different way; again it’s about space, where we are living, our surroundings,” Karagil said. By having people tell their own stories about the city, these walking tours aim to trigger feelings and insights through people’s memories of the town. “It’s basically about generating the future rather than feeling the pain. It’s about what we can do and create with that pain after, for the future”.

Very much like the project’s tagline, I Understand and Forgive the Past, I Love and Generate the Future, all the project’s actions aim at providing a safe space to share thought in the hope that by doing so, it will foster acceptance. As Eralp Kortach, another project leader, puts it, “this museum can also act as a bridge to bring people together to give each other materials… You can’t force anyone to do this, but as years pass people come to different terms with the past and maybe once they see other people doing it (sharing materials) they will also come to terms with it and be able to share it”.