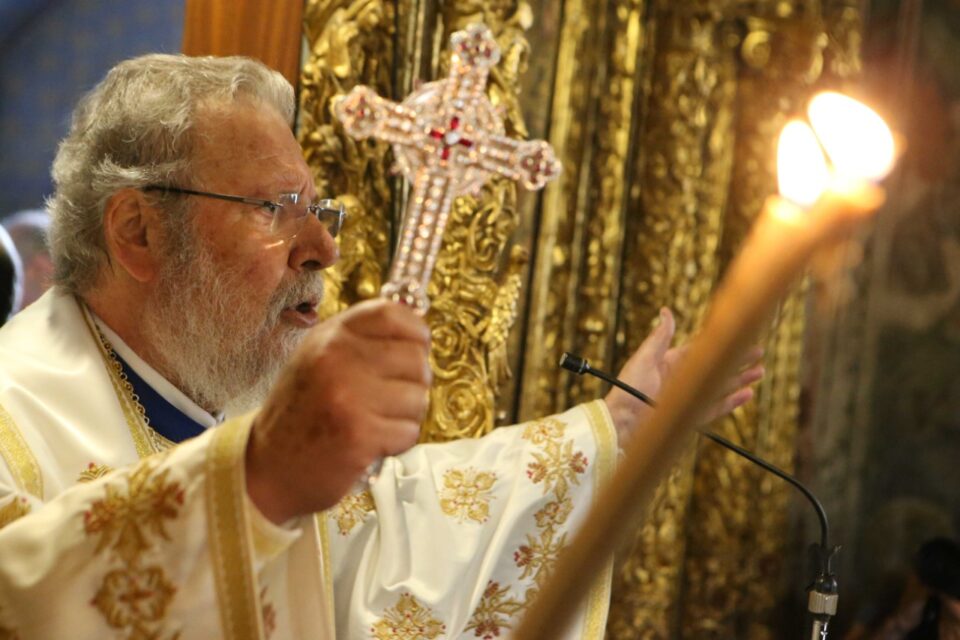 Patriarch of Jerusalem Theofilos III will be arriving on Wednesday to visit Archbishop Chrysostomos II, who has been fighting intestinal cancer.

According to reports, the archbishop’s health has been deteriorating in recent hours, prompting the patriarch’s visit.

Patriarch Theofilos will be visiting the archbishop at his residence in Nicosia, where he has been staying, Alphanewslive reported.

Earlier in the day, his personal doctor Joseph Kashios had said that Archbishop Chrysostomos’ condition was stable, but a deterioration is a ‘natural progression of things’.

Meanwhile, the media have been heavily reporting on who the successor to the archbishop will be, with six main candidates up for the seat.

According to Kyriacou, the shoe-ins for the ballot are Limassol and Tamasos, and questions remain on who the third candidate will be.

In the event of death, or irrevocable incapacitation, or when an archbishop is found to be of unsound mind, the throne is declared vacant, and a caretaker appointed. In Cyprus, the caretaker is always the Bishop of Paphos – no matter how many years he has served.

Forty days after the throne is declared vacant, elections are held for a new archbishop, the process overseen by the caretaker.

Under an amendment to the church charter instituted in 2010, elections are direct – people vote in their registered parish. And there are no formal ballots, as in civilian elections; instead, the ballots are a blank piece of paper, where parishioners write down whomever they’d like to be archbishop. And they can vote for essentially any rank of the clergy – including deacons.

According to Kashios, the archbishop’s condition is grave because of the health problem he is facing, but stable.

He told Sigma: “He is communicating with surroundings, and he is aware of what is going on.”

“We have 24-hour nurses, and he receives what he would receive at any medical centre. We have organised the whole situation so that his holiness lacks nothing. He himself is fully aware of what is happening,” Kashios said.

Set sail from Limassol with MSC Musica over Summer 2023