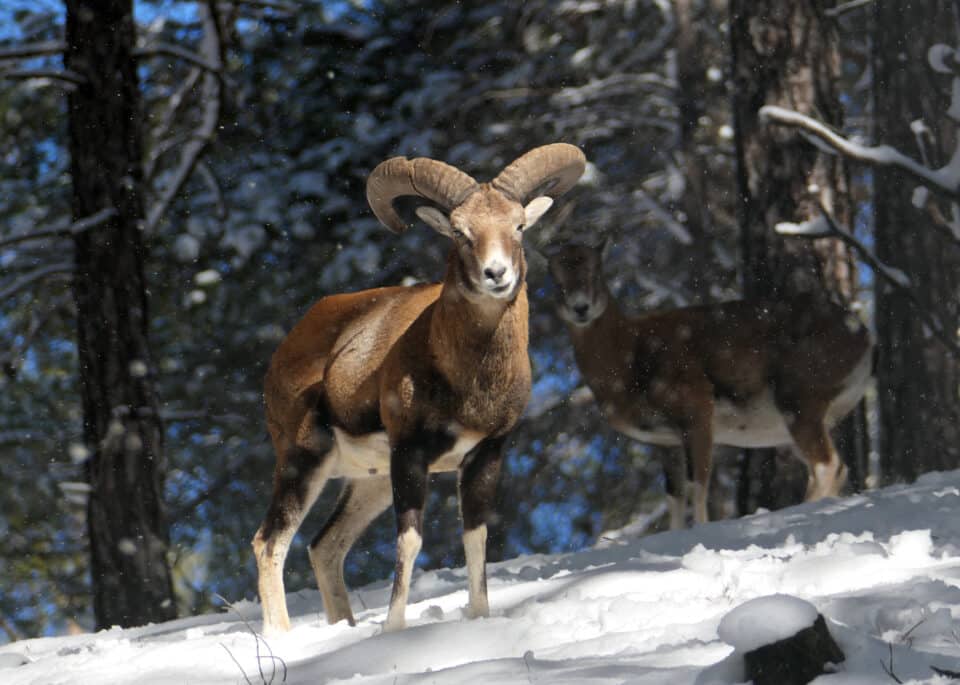 With the weather rapidly shifting to rain and lower temperatures, mouflons in Cyprus have entered their mating season, which normally begins in October and lasts until the end of November.

A video posted last week by the Game Fund on its Facebook page showed two male mouflons locking horns in the hills of the Limassol district.

“It is extremely rare to be able to film such a behaviour,” Game Fund officer and expert on mouflons Nikos Kasinis told the Sunday Mail.

“Of course, Game Fund officers tasked with following and monitoring the mouflon population see this sort of interaction quite often, but, for the general population, witnessing this ritual is quite a privilege.”

Once mating season for mouflons is over, herds of around 10 to 20 animals will form, lasting the entire winter. Herds would then break around spring and the mouflons would normally divide into smaller groups of two or three.

Kasinis said that, as the mating season draws near, violent and sometimes fatal incidents occur between males attempting to establish their dominance over territories in the mountains and the hills.

“Throughout my years of patrolling the areas normally inhabited by mouflons I have seen dead moufflons with tangled horns, they tend to get quite aggressive in this period,” he said.

“It is also not uncommon for Game Fund officers to find dead mouflons at the foothills of mountains with evident injuries sustained while fighting with other males. It is just the way it is during mating season.”

The endemic mouflon species (Ovis gmelini ophion) is unique to Cyprus and found only within the mountainous state forest of Paphos and Limassol.

It is the country’s biggest mammal and is a protected species. Conservation efforts throughout the decades have increased the size of the mouflon population from a few dozen in the 1930s to around 3,000 today are still underway, as the threat of poaching is still very much alive.

“There is always room for improvement as far as conservation efforts in Cyprus are concerned and not just when it comes to mouflons,” Kasinis said.

Mouflons are believed to be descended from wild sheep brought over to the island from Asia by the prehistoric people who lived here around 9000-8000 B.C.

Last July, the agriculture ministry unveiled a scheme to protect farmers whose crops were damaged by mouflons.

The grant also helps finance farmers to install fences around their land to prevent mouflons from causing future damage.

Though the animal is a strictly protected species on the island, it is an inveterate crop muncher and can severely affect the farmers’ work.

However, Kasinis assured that the issues caused by mouflons remain quite limited and minimal.

“They are quite shy animals and not known for their aggressive behaviour, apart from when it is mating season,” Kasinis said.

According to the environmental department, based on existing information, it appears that in the past mouflons in Cyprus were running wild in abundance, at least in all the mountainous or semi-mountainous areas of the island.

Excavated mosaics depict the mouflon, which was well-known during the Greco-Roman era and various mediaeval texts refer to it as “Aries” or “Wild Sheep”. In several cases hunting trips organised by the aristocracy of the time hunted for mouflons using hunting dogs.

“Unfortunately, episodes of poaching are still happening throughout the island, particularly in mountainous areas. We all collectively need to do more to protect the species and it all starts by understanding how unique and precious the moufflons are for Cyprus,” said Kasinis.

The pope and war: we are not children

EAC thefts on the rise