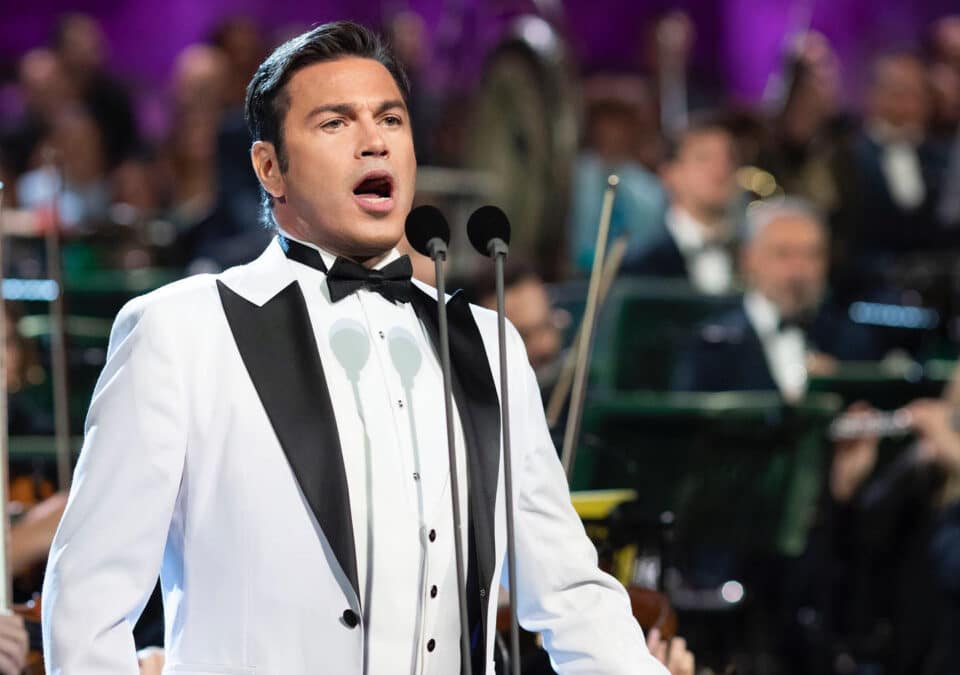 In a classical crossover artists, PAUL LAMBIS meets a singer who has wowed the world with his voice

Tenor Mario Frangoulis is an international classical crossover artist renowned for his powerful vocals and engaging stage presence. American music and entertainment magazine Billboard labelled him “Daring and Inspiring,” while media company CNN said, “His world is distilled to pure sound, all voice.”

Although Frangoulis has established himself as a critically and commercially acclaimed recording artist and vocal performer through more than 30 years on stage, he has remained steadfast in his devotion to humanitarian causes, especially protecting children.

“Ultimately, I believe that our lives and purpose should be about preserving what is good in this world, striving for peace and compassion, and doing this through music and an undying commitment to love,” Frangoulis said.

Born in Zimbabwe in 1967, he was sent to Athens at the age of four to be raised by his aunt, a decision which stemmed from the unstable political climate in the African nation. Growing up in Greece, he would sing along to the music playing on his record player, with influences ranging from Barbara Streisand and Frank Sinatra to traditional Greek artists. “I always knew I had a good voice; however, I did not realise it was operatic,” he said.

But it was not just the records that had an impact on his musical career, American tenor and actor Mario Lanza also played a role. “I thoroughly examined his work, and I later produced an album that was a tribute to his music,” he told Living. “I almost made a movie portraying Lanza in a Hollywood biopic, but the producer abandoned the film and it never materialised.”

Although Frangoulis is arguably one of the world’s best tenors, singing was not his first choice of profession. While studying acting at London’s Guildhall School of Music and Drama, he was discovered by British theatrical producer Sir Cameron Mackintosh who was impressed by Mario’s potential, giving him the role of Marius in his West End production of Les Misérables.

Soon after, he accepted Sir Andrew Lloyd Webber’s invitation to take on the part of Raoul in Phantom of the Opera, to widespread critical acclaim. “In a way, all of that experience shaped me into the artist I am today,” he said.

As Mario’s passion for opera started to grow, he was awarded the Maria Callas scholarship, which saw him travel to Italy to study with Italian operatic tenor Carlo Bergonzi.

Upon the recommendation of one of his mentors, the legendary mezzo-soprano Marilyn Horne, Mario went to Rome to audition for renowned Spanish tenor Alfredo Kraus. “I became the only private student Kraus ever accepted,” he revealed. “Kraus’ thorough instruction helped me develop a strong vocal technique and good high notes, which I subsequently honed at the Julliard School of Music in New York.”

Throughout his successful career, Frangoulis has completed over 15 personal recordings and sold over one million albums worldwide. He is consistently ranked in the top ten on international charts, and in 2011 was voted Best Male Classical Crossover Artist globally, recognising him as one of the most important artists in the genre.

Known for his refined vocal interpretations, and his unique ability to sing in over five languages, Frangoulis has shared the stage with performers including Placido Domingo, Jose Carreras, Lara Fabian, Sarah Brightman, and Cypriot soprano Aliki Chrysochou. He has collaborated with orchestras all over the world, including the Boston Pops, Chicago Symphony, Dallas Symphony, Tokyo Philharmonic, Novaya Opera of Moscow, and the London Philharmonic Orchestra.

In 2021, Mario released his 21st album Blue Skies, an American Songbook, which takes a stroll through some of the greatest tunes of American musical history. Recorded live at Athens’ historic Odeon of Herodes Atticus at the foot of the Acropolis, Frangoulis performed alongside international musicians conducted by Artistic Director of the Athens State Orchestra Lukas Karytinos.

“I wanted to show that great culture and music know no boundaries, and to inspire fans all over the world,” Frangoulis said. “The album also supports education and the Horatio Alger Association of Distinguished Americans who provide needs-based scholarships to students who excel through adversity.”

Over the years, Frangoulis has donated a sizeable portion of the money made from the sale of his albums to various charities and philanthropic initiatives, including the José Carreras Leukemia Foundation, Dalai Lama Centre for Peace, UNESCO, British Red Cross, and the Horatio Alger Association, for which he serves as an international ambassador.

In addition to his vocal prowess, Frangoulis is admired for who he is as a person. “You must exhibit your character, personality and honesty above all else. My music is about expressing the dreams that are in my heart. Simply put, it is about what it means to be human. I naturally want to be remembered as a gifted artist, but I really want to be remembered as a person who contributed to making the world a better place.”

Suspect in prison murder case complains of treatment by police