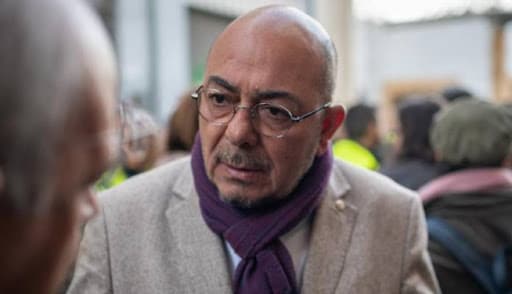 “While the Cyprus problem is an issue that is recognised as a national cause by all segments of society in Turkey, unfortunately it is not accepted to the same extent in the TRNC region,” Yauci wrote in an opinion piece published by the Turkish Cypriot website Ozgur Gazete.

“Especially in the internal political structure that developed after 2002 and the Annan Plan, Rauf Denktash was side-lined and state institutions and organisations, trade unions, journalists and initiatives became vulnerable to EU interference.”

He added that education in the north “has almost ceased to be national”.

The former admiral criticised Turkish Cypriot unions saying they serve interests of the Greek Cypriot side, meet with the Greek prime minister and boycott the Turkish president’s arrival in the north.

The teachers’ unions “have exceeded their limits and competences, have interfered in all current political issues, have disrupted and altered the functioning of the state with constant strikes and protests and are even complaining about the water coming from Turkey.”

As a result, “admiration for the West, the Greek Cypriot side and Greece, opposition to Turkey and hatred towards those coming from Turkey have reached serious proportions among young people in the TRNC,” he added.

Yauci also referred on the EU’s Imagine programme and various projects aimed at cooperation between two communities as well as leftist Akel MEP Niyazi Kızılyürek who supports bicommunal initiatives. He accused opposition Turkish Cypriot journalists on the grounds that they do not serve the common line of Ankara on the Cyprus problem.

“There are groups within the TRNC that are making intensive efforts for Greek Cypriot interests and their so-called properties. One of the most serious dangers in TRNC is the US-backed Greek Cypriot diaspora in London. With the help of the Jews, the Greek capital and the church are spreading and strengthening in TRNC through the purchase of land,” Yauci said.

Among the measures proposed is “to state clearly that Cyprus is necessary for Turkey’s security and prosperity and that Turkey will always be present in Cyprus,” and to explain this to the youth and how “Turkey has paid and continues to pay… to save Turkish Cypriots”.

Another proposal was to adjust the curriculum taught in schools in the north so that it becomes more in line with Ankara’s nationalist narrative and to make legal provisions to impose severe criminal sanctions on individuals and organisations acting against the pseudo-state.

Furthermore, Yauci said “the unions that operate against the TRNC should be closed down, [and] the practice of advance deductions from civil servants’ salaries for trade unions should be abandoned”. He added that the sources of financial income of newspapers and journalists should be monitored and also proposed the restriction on the purchase of land and real estate by foreigners and companies with foreign partners.