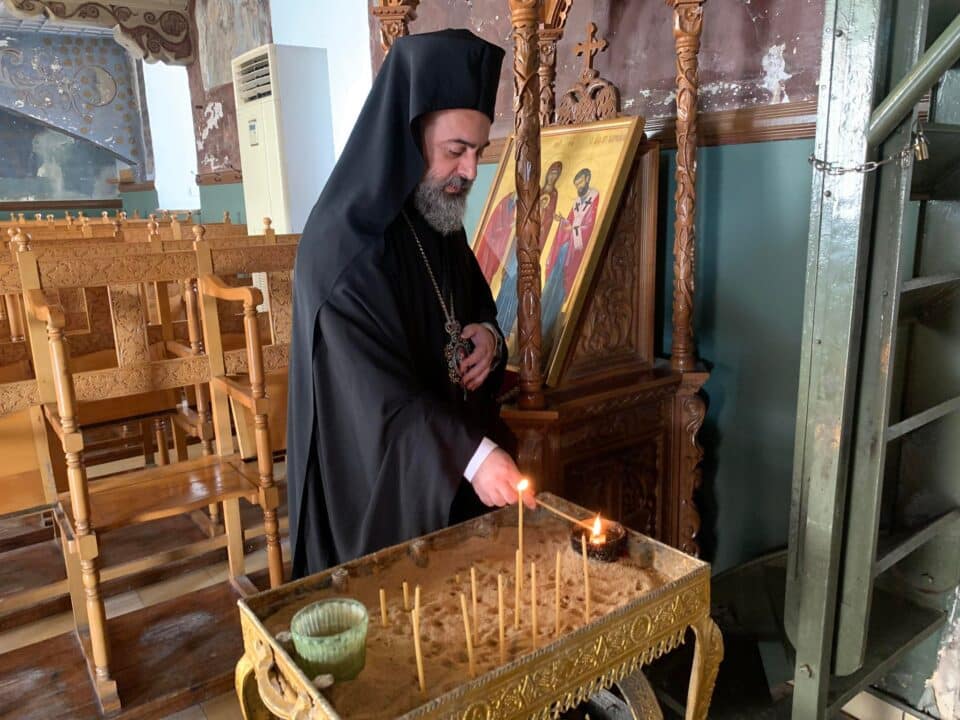 Six bishops on Tuesday registered themselves as candidates to become the new archbishop.

Commissioner for the archbishopric elections Ioannis Charilaou said that there are officially six candidates.

The number was set to be seven but earlier in the day Karpasia bishop Christoforos decided he would not run.

“The succession to the archbishop’s throne is primarily a purely ecclesiastical event, rather than an electoral process. An event which has its reference in the essence of the church, which is the body of Christ. Therefore, it cannot be an ordinary secular process, which will bring out contention, confrontation, conflicts and human passions and weaknesses,” he said.

The bishop added that this process is not to find the best but to find someone who will work in a spirit of cooperation with the other members of the holy synod.

With campaigns underway for the seat of the prelate, earlier in the morning, Kykkos Bishop Nikiforos said he would be supporting Tamasos Bishop Isaias and called on people to vote for him.

“Isaias is my spiritual child, and we will all work for him to be elected,” Nikiforos said.

At a gathering of employees and members of the Kykkos monastery, Nikoforos said that Isaias has broad horizons, an open mind, and has taken on a multi-layered national, religious, social, cultural, and philanthropic set of works.

“At the young age of 18, he came here, I received him, educated him, made him a bishop and I will be very happy to see him as an archbishop,” he said.

Nikiforos added that all the all the polls place Isaias high, and that as an archbishop he would combine the spiritual aspect with the communal aspect of the role.

The archbishop needs to have both, according to Nikiforos, as the spiritual aspect is not enough.

“We need to see human suffering as well, because underneath our shining society today, there is also pain, poverty, and sickness,” he said.

For this reasoning, Nikiforos said: “I strongly believe in Isaias.”

Meanwhile, a group of politicians, economists, and other community members said last week they are in favour of Limassol Bishop Athanasios becoming the next archbishop.

The group of 231 individuals said: “The actions of the Metropolitan of Limassol Athanasios in the second largest ecclesiastical region of Cyprus, make him the right choice to take the helm of the Church of Cyprus as a good shepherd.”

The group has even launched a website promoting Athanasios’ candidacy.

Other bishops are also visiting various churches and conducting sermons to discuss their positions.

In a cabinet decision later Tuesday, ministers decided that the electoral registers will be handed over to the archbishopric with all the details needed to determine who is eligible to vote, and in compliance with the data protection commissioner’s office.

The cabinet also decided that some public sector employees will work the day of the elections to provide support, and that they will be compensated by the church for their time.