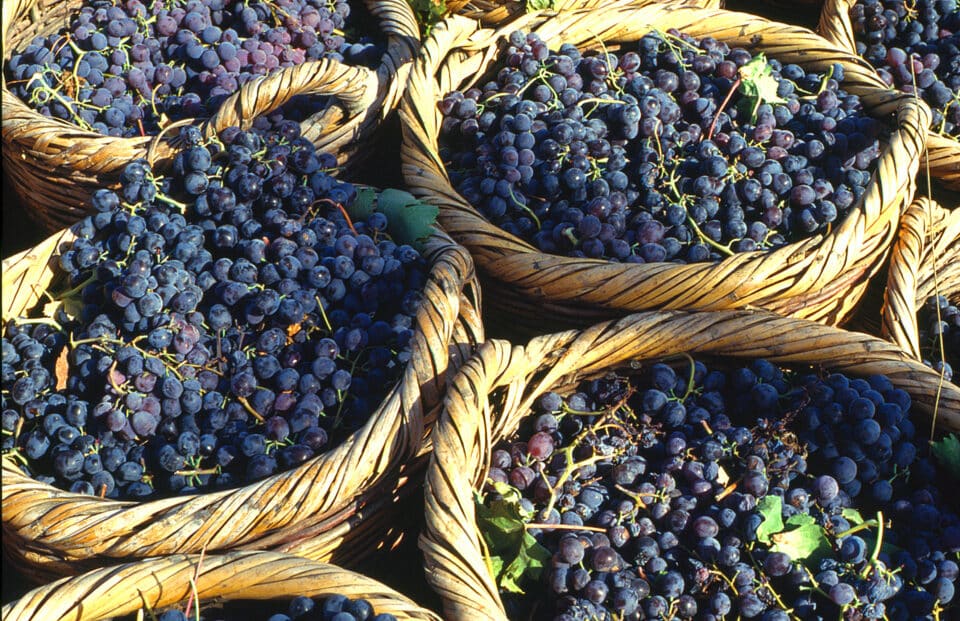 The Maratheftiko red variety is an ancient, indigenous grape to Cyprus. Over the last 35 years this variety has been cultivated to produce premium red wines. Noted in Cyprus by Mouillefert (1893) under the name Marathophiko “with large red grapes which split easily and are sensitive to mildew.”

Traditionally, this variety was grown within vineyards of mostly Mavro Ambelisimo. It was useful for blending with Mavro-based wines to improve the tint and body, as Mavro, in most cases, lacks colour pigments and tannins. In the days when grapes were sold by weight, Maratheftiko fell out of favour because it produces small, light berries.

In the 1980s, with the revival of small boutique wineries in Cyprus, this variety was rediscovered, and its cultivation is slowly on the increase again as it offers a distinctive character to local wine.

It comes with many synonyms – notably Aloupostaphylo, Mavrospourtiko, Pampakia, Vambakadha, Vamvakada, Vambakina because of cotton like lines under the leaves. It is produced in only limited quantities, although a lot of work has been done to raise awareness and interest in the variety.

There are several hurdles to Maratheftiko production. Surveys have listed that only one per cent of the land (125 acres) of the island is given over to the production of this grape variety, and it covers about five per cent of the cultivated vineyards.

To reproduce it requires co-planting with other grape varieties to fertilize and achieve fruit development, varieties that flowers at the same time. This is because the Maratheftiko vine is not able to self-pollinate. The vines chosen are usually Xynisteri or Spourtiko.

Additionally, Maratheftiko grapes are often affected by Millerandage, a viticultural problem in which berries are differently sized with different maturity levels. For this reason, despite being a vigorous variety, yields are inconsistent from season to season.

However, it is still considered the best hope for Cyprus reds. I have been a supporter of the Maratheftiko cause but in the past I have been left wanting by some Maratheftiko. Nowadays, it is excellent, but in the strict meaning of the word often good and some exceptionally good. The problem does not lie solely with winemakers. One of the issues I have with Maratheftiko is the grape itself. Do not get me wrong, Maratheftiko can be a fabulous wine, and it is certainly Cyprus’ finest, but it happens more rarely than we might want to admit. To a large degree, the quality of the wines relies on the fact that vignerons and winemakers are not collectively attacking the problems that surround this grape variety. As said, it is a difficult wine to grow.

According to the PDOs (Protected Designation of Origin) of Vouni Panayia, Krasochoria and Pitsilia, there is definitely a healthy dose of Merlot, Cabernet Sauvignon, and/or Shiraz blended in Maratheftiko wines to round out the flavours. Since Cyprus is in the EU, up to 15 per cent of other red grapes are allowed in the blend.

Maratheftiko produces a range of medium to full-bodied wines with deep purple to ruby colour, a violet bouquet, delicate cherry flavours, firm tannins and fresh acidity. It is most often employed as a varietal wine and produces wines worthy of medium to long-term maturation with or without the influence of (new or used) oak maturation. Recently we have seen the emergence of Maratheftiko rosé, a trend that started in Paphos from Ezousa winery with Eros.

Every year, December 1 is officially the international day of Maratheftiko. Michalis Georgiou of Oenognosia and Oinou-Art, an organised group of wine lovers active all over Cyprus chose the date. Celebrated for the second time, there will be several events to mark the day starting at Almyra Hotel in Paphos this coming Wednesday at 6.30pm where 12 Paphos wineries and the Cyprus Wine Society will offer the chance to taste both rosé and red Maratheftiko for €20 including tasting and canapes.

Theodoros Fikardos is a well-known winemaker who knows something about the ways to make good red wines and is one of the pioneers in making Maratheftiko. This is a very pretty young wine, seven days skin contact and fermentation at 22-24C and ageing for 10 months in oak barrels. The deep cherry colour of this wine is very intense. Yet, the colour is not the most notable feature. Baking spice and black cherry licorice ropes come to mind, raisins and sour cherries, soft on the palate, but enough structure to hold its own. Nice chocolate, raisin dry finish. Traditionally, we associate Maratheftiko with lamb kleftiko, but a beef stew will also be great with this wine. €13 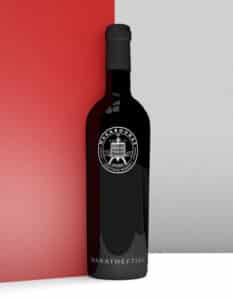 Think perfume and seduction. A delicious four-year plus Maratheftiko from Letymbou village by young winemaker Theodoros Makarounas. The rounded taste with distinctive notes of deep purple fruits is the most notable thing about this wine. The early-maturing Maratheftiko is quite refreshing, but it will not knock you down if you drink a bottle by yourself. Velvety and smooth on the palate, warm toasty aromas of plum, black cherries and roses, dried cherry with notes of leather and cinnamon spice on the nose too. A juicy texture unfolds with layered flavours of black cherry, blueberry and cassis, with trailing accents of black olive and mocha. Grilled pork chops are simply perfect, this Maratheftiko is great with barbecue food. €17