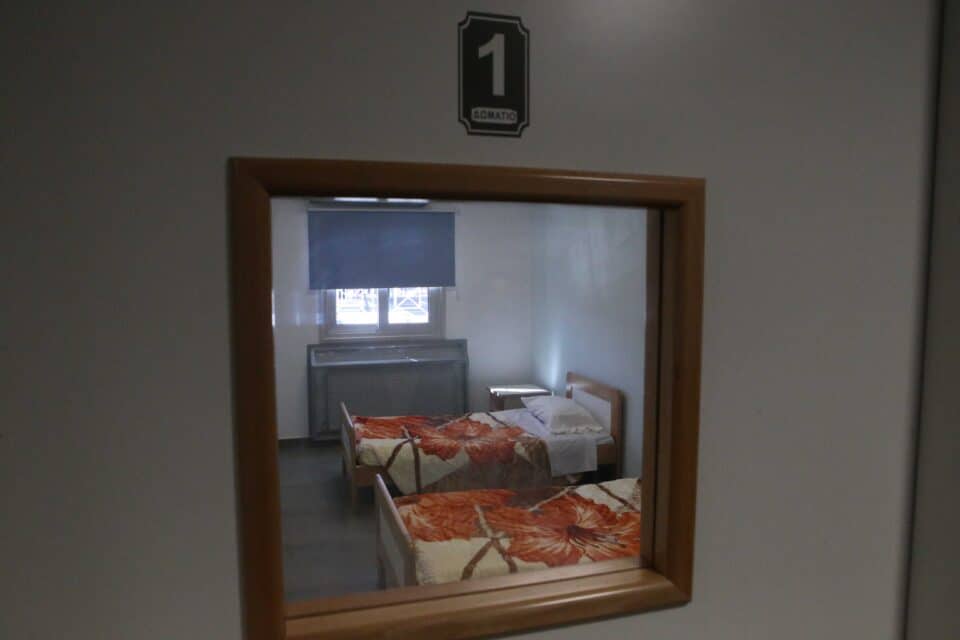 A patient's room in Athalassa hospital

Creates problems with access to medication and patient records

The decision to keep Athalassa – Cyprus’ only psychiatric hospital – outside of the national health scheme Gesy continues to perpetuate the stigma against mental illness, and sends out the message that patients in need of psychiatric help are second-tier residents, according to stakeholders working around the system.

Problems with access to medication and patient records have become a part of the status quo.

“We were extremely positive about Gesy and believed this would embrace mental health,” psychiatrist and head of the psychiatric association Lampros Samartzis told the Cyprus Mail.

“We were proven wrong. This great overhaul of the health scheme through Gesy, left behind mental health and sends the message that people with severe mental health issues are second-rate citizens.”

With Athalassa being outside of the scope of the digitalised patient files found through Gesy, any details surrounding an admission in Athalassa are simply absent from a patient’s record.

This means that should a patient be admitted to Athalassa, any Gesy doctor will have no way of knowing this. Going in blind, their GP for instance, could prescribe medication for any ailment the patient is presenting with, without knowing this could be linked to a prior mental health issue.

Even worse, the prescription could have an adverse effect on the mental health issue and lead to a medication-induced mental disorder.

“This is indeed a problem. Perhaps it’s linked to the stigma surrounding sharing mental health information, but a solution should be found for this,” head of the mental health services clinic Irini Georgiou Kyriacou said.

“Logically, doctors should know all medical information related to their patients.”

Not all patients or their relatives are aware of the importance of disclosing this information to their GP – even verbally if Gesy records do not show it. They may be uncomfortable or not consider the significance of this information, increasing the risk of potential consequences, Kyriacou explains.

Both Samartzis and Kyriacou highlight Athalassa’s exclusion from Gesy is a paradox considering that mental health wards in general hospitals are included in Gesy.

“This is not a paradox,” state health services Okypy spokesman Charalambos Charilaou noted. “Patients admitted to Athalassa go there by court order and stay there for much longer than those in general hospitals who are admitted on a voluntary basis.”

Samartzis however disputes this and says people can voluntarily admit themselves to the psychiatric facility, and it is only a small portion – between 10 to 15 people – that are long-term patients.

Even so, a court-ordered stay in Athalassa is no reason for the facility to be outside of Gesy. “The fact that a person has temporarily lost their autonomy is even greater reason for the state to look after them,” Samartzis adds.

When negotiations began around Gesy, the direction of the talks pointed towards keeping addictions and long-term care outside of the national health care scheme, Kyriacou said.

A court-ordered stay specifies 28 days in the facility. Patients are sometimes released earlier but there are times when this is extended, she explained.

Though the final say of what is included and excluded from Gesy lies with the Health Insurance Organisation (HIO), Kyriacou suggests costs may have a role to play. “The costs of a long-term patient in Athalassa are much higher than someone who goes to the hospital for a procedure for a few days.”

For Okypy, this is a non-issue. “Whether we get our money from the HIO or the health ministry, we don’t care. We get compensated.”

As of now, current funding from Athalassa comes from the state services of general economic interest – Ygos.

To Kyriacou and Samartzis, the fact that psychologists and psychiatrists have been integrated into Gesy as of last year, only furthers the paradox.

“This sends the message that if someone has mental health issues they can get help up to a point. If it gets worse and they need more support, it’s not there for them,” Samartzis notes.

According to Okypy’s spokesman, there is no paradox. “Not everything is in Gesy. Dental services for instance are not. Only some basic things per year are available to patients. It’s not every medical service possible that goes into Gesy.”

Another issue lies in access to medication. “It’s challenging because not all Gesy medication is found in outpatient clinics,” Kyriacou explains. Similarly, not all free medication in hospitals in available through Gesy.

As such, doctors may have to change the medication that the patient was usually on due to availability, according to Samartzis, though Kyriacou notes this is a problem that is being mitigated, as doctors can issue individualised prescriptions.

“They don’t take as long as they used to, to come through.”

Nonetheless, Kyriacou hopes that the new psychiatric hospital – set to be finalised in 2024 – may remedy some of these issues. The project has a timeframe of 24 months, with the first phase of the project costing €12 million. Just over half of it is being bankrolled by the EU recovery fund, at a sum of €6.8m.