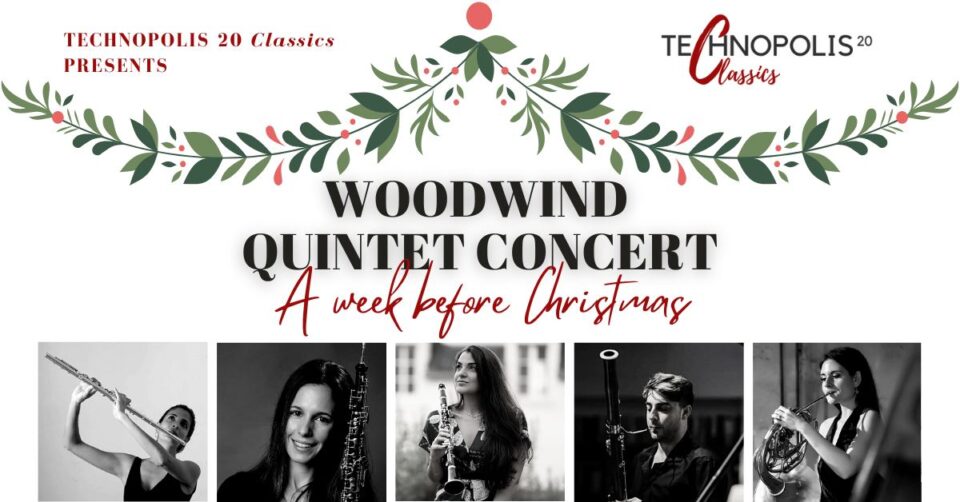 As the last month of the year arrives, so do new music performances and Paphos has plenty of them thanks to Technopolis 20. The cultural venue has numerous concerts planned for next month, in addition to its annual Christmas market.

Opening the month’s events at Technopolis 20 is the musical performance Nocturna with five artists on stage. Maria Voultsopoulou, Kyriakos Costa, Alexandros Komodromos, Giannis Koudounas and Petros Kkallis will present a nostalgic and dreamy repertoire on December 2 consisting of works from the local and the international music scene. Works by Hadjidakis, Theodorakis, Alexia, Aurora, Agnes Obel will be heard, as well as examples of traditional sounds from Greece and Cyprus.

Then on December 8 the Cyprus-based group Ron Cool Trio will appear for the first time in Paphos. The trio, consisting of Ireneos Koulouras on bass, Christos Yerolatsitis on piano and Stelios Xydias on drums play music inspired by jazz masters with swing being the centre of their sound.

On the following evening, a Christmas concert will fill Technopolis 20 with classical music as soprano Vasiliki Constantinou, mezzo-soprano Anoki von Arx and pianist Plotinos Micromatis take the stage. Together they will present a lyrical Christmas concert titled Ave Maria, performing music by great composers such as Johann Sebastian Bach, Cezar Franck, Franz Schubert and others to celebrate the joy and the true spirit of Christmas.

Continuing December’s performances in Paphos is the Allusion quartet which will perform a jazz set on December 14. Antreas Yerolatsitis on guitar and Omiros Miltiadous on drums started the quartet after many years of playing together in different band settings and are now joined by Marios Charalambous on tenor saxophone and Kyriakos Kestas on double bass. The quartet will present a number of their own jazz compositions with influences from other genres such as funk, soul, blues and free jazz.

To wrap up the season’s concerts is the last in the concert series of Technopolis 20 Classics for 2022. The Woodwind Quintet Concert, a week before Christmas, will take place at Markideio Theatre on December 18. Five young musicians reunite in one of the most important chamber music forms for winds: the woodwind quintet.

Their love for music and their passion to promote classical music to a larger audience in Cyprus brings them together with a programme that will feature Tchaikovsky’s March from The Nutcracker Suite, Taffanel’s Wind Quintet in G minor, Fauré’s Pavane, Ibert’s Trois Pièces Brèves, Souris’ Rengaines and Shostakovich’s Waltz No.2. Eva Stavrou on flute, Natalie Neophytou on oboe, Christiana Thalassinou on clarinet, Mavroudes Troullos on the bassoon and Melissa Danas on French horn will bring a totally Christmas mood to Paphos.

A Week Before Christmas

Who you gonna call? Lockwood & Co!