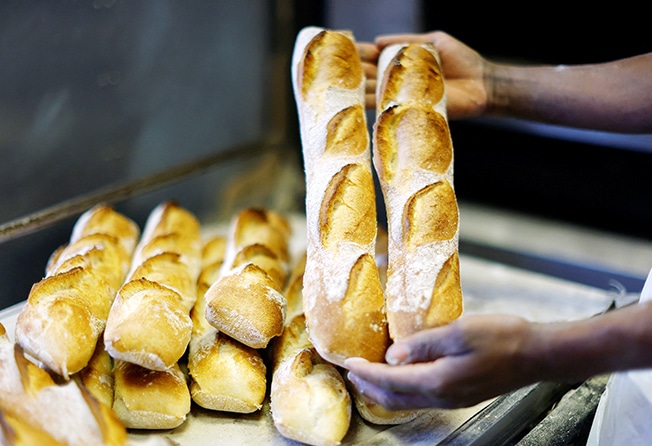 The humble baguette, France’s staple bread, made it onto the United Nation’s cultural heritage list on Wednesday, drawing delighted responses from French bakers and non-bakers alike.

Paris-based U.N. heritage body UNESCO on Wednesday voted to include the “artisanal know-how and culture of baguette bread” on its list of Intangible Cultural Heritage, which already includes around 600 traditions from over 130 countries.

This “celebrates the French way of life: the baguette is a daily ritual, a structuring element of the meal, synonymous with sharing and conviviality,” said UNESCO chief Audrey Azoulay.

“It is important that these skills and social habits continue to exist in the future.”

The baguette, a fluffy, elongated loaf of bread with a crunchy crust, is a symbol of France around the world and has been a central part of the French diet for at least 100 years.

Christophe Moussu, a teacher at the renowned Ferrandi culinary school in Paris, announced the news to his baguette-making class.

“Ladies and gentlemen, that’s it, we’re in the UNESCO (World Cultural Heritage list), it’s been recognised,” Moussu said, to cheers from his students. “I’m very happy.”

One student, 54-year-old Patricia Filardi, tried to explain what makes the baguette so special.

“It’s about the crunch of the baguette, the soft side of the crumb… It’s extraordinary,” she said.

Although baguette consumption has declined over the last decades, France still makes around 16 million of the loaves per day – that’s nearly 6 billion baguettes a year – according to a 2019 Fiducial estimate.

“I’m very happy because it represents France well,” Parisian pensioner Marie-Dominique Dumas said as she exited a bakery, where she buys a baguette every other day.

Made only with flour, water, salt and yeast, baguette dough must rest 15 to 20 hours at a temperature between 4 and 6 degrees Celsius (39 to 43 degrees Fahrenheit), according to the French Bakers Confederation, which fights to protect its market from industrial bakeries.

But if the ingredients are always the same, each bakery has its own subtle style, and every year there are nationwide competitions to find the best baguette in the land.

Myths abound over the origins of the baguette. One legend has it that the bakers of Napoleon Bonaparte came up with the elongated shape to make it easier for his troops to carry, while another posits that it was actually an Austrian baker named August Zang who invented the baguette.