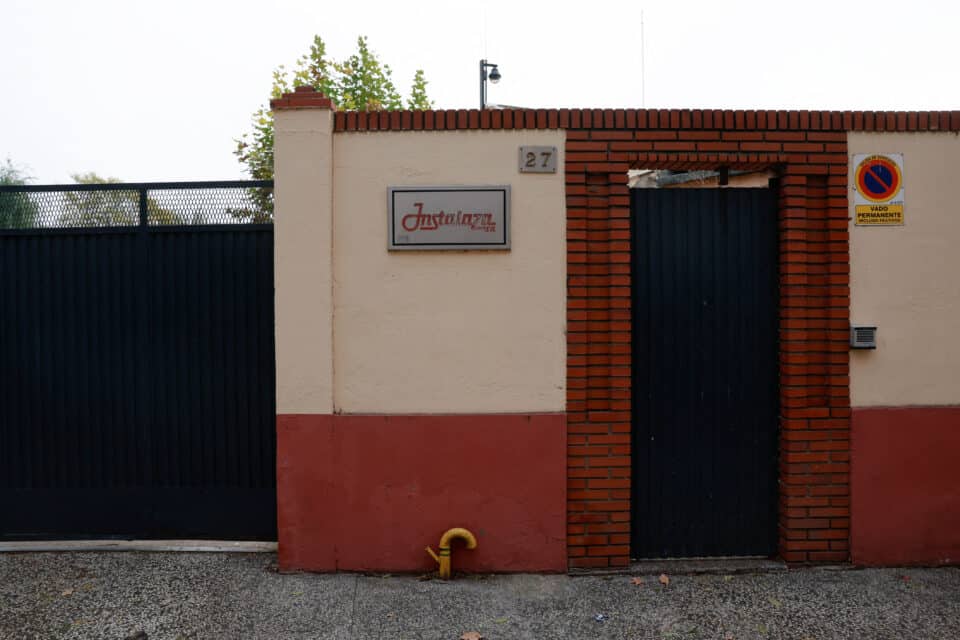 The Instalaza arms company, after it received a letter bomb on Wednesday in Zaragoza, Spain, December 1, 2022. REUTERS/Vincent West

Bomb disposal experts defused a letter bomb at the US Embassy in Madrid on Thursday, the sixth such device sent to high-profile targets in a wave that prompted Spain to step up security and vow not to be deterred from supporting Ukraine.

The campaign began with a package sent to Prime Minister Pedro Sanchez on November 24, spurring Madrid to tighten security around public buildings. Since Wednesday, similar devices have also been sent to the defence ministry, an air force base, a weapons manufacturer and the Ukrainian embassy – where a security officer was slightly injured.

Defence Minister Margarita Robles, who was visiting the Ukrainian port city of Odesa on Thursday and met her Ukrainian counterpart Oleksii Reznikov, said the letter bombs would not deter Spain from supporting Ukraine’s “just cause”.

“What must be very clear is that none of these deliveries or any other violent action will change the clear and firm commitment of Spain, NATO countries and the European Union to support Ukraine,” she said.

The latest package was intercepted at the US Embassy by security officials and was later detonated in a controlled explosion by Spanish police.

On Wednesday, a package addressed to the Ukrainian ambassador to Spain detonated at the country’s embassy as a security official investigated it, causing him to suffer minor injuries to his hands and a concussion. Security has now been stepped up around embassies as well.

Later on Wednesday, Instalaza, an arms manufacturer in Zaragoza, northeastern Spain, that has send more than 1,000 C90 rocket launchers to Ukraine received another package. On Thursday an air force base housing a European Union satellite centre, Spain’s defence ministry and the US Embassy also received packages.

“We have instructions from the ministry in Ukraine that given the situation we have to be prepared for any kind of incident… Russian activities outside the country,” he told Spanish television station TVE on Wednesday.

Russia invaded Ukraine nine months ago in what it calls a “special military operation” that Kyiv and the West describe as an unprovoked, imperialist land grab.

Spain has sent or committed to send military and humanitarian equipment to support Ukraine in the conflict, including surface-to-air missile launchers, a battery of six light howitzers, ammunition and body armour and light weapons as well as offering its airmen training in air defence in Spain.

On Thursday, the Twitter account of the Russian Embassy in Spain posted a statement condemning “any threat or terrorist act” in relation to the five letter bombs, “particularly directed at a diplomatic mission”.

The delivery of letter bombs across the Spanish capital caused road closures and traffic chaos around major diplomatic and public buildings.

Speaking before the latest package was found at the US Embassy, Spain’s deputy interior minister said early indications suggested the first five packages were sent from within Spain.

Rafael Perez, the junior minister responsible for security, told a news conference that the homemade devices were sent in brown packages containing a flammable powder and tripwire that would generate “sudden flames” rather than an explosion.

The packages were addressed to the heads of the institutions they were sent to.

One device had been kept intact for investigative purposes, Perez said, while the others were detonated by the security forces in controlled explosions.

“It appears that they were all sent from within the country but we are basing this on early visual inspections without yet having an in-depth technical report,” he said.

Perez said it did not yet appear necessary to convene the security committee that would evaluate stepping up Spain’s terrorist threat level, already at the second-highest level following Islamist attacks around Europe over the past decade.

A source close to the investigation said that while the devices were homemade, “they were not something anyone could make”, and investigators were now seeking to trace their contents to their origin.

Another source involved in the judicial investigation said the large envelopes all had the same typeface and appeared to have come from the same sender. They contained an “electrical ignition mechanism” and a substance similar to gunpowder, the source said.

The postal service has been told to screen all letters addressed to high-profile institutions, he added.

Spain’s High Court that specialises in terrorism has opened an investigation.