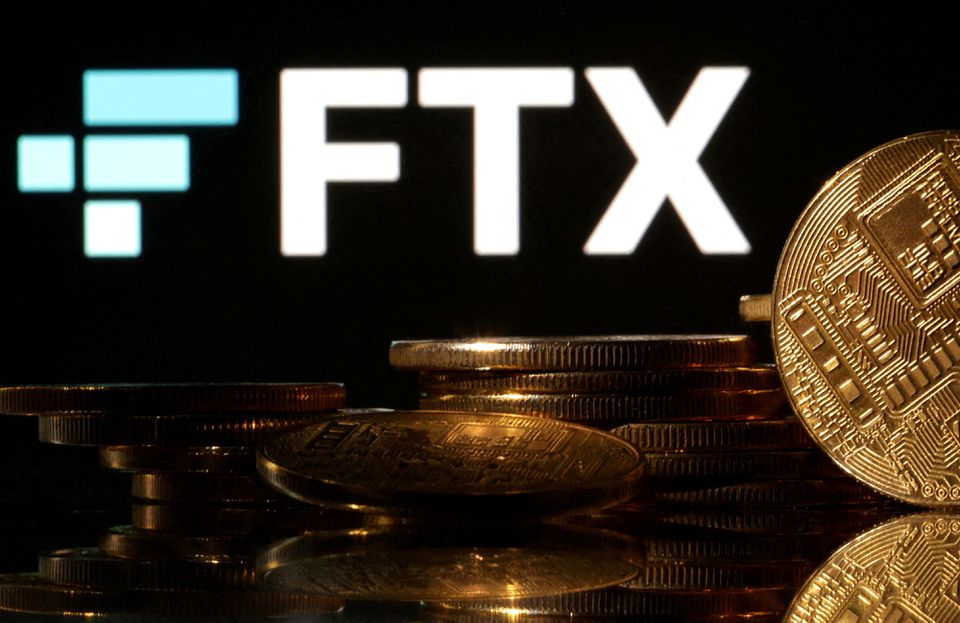 Dec 1 (Reuters) – 2022 has been a rough year for the crypto industry. The price of bitcoin has dropped 65 per cent since the start of the year, the cryptocurrency Luna suffered a total collapse in value, and crypto exchange FTX went from buying Super Bowl ads to crash landing into bankruptcy.

Here are the major crypto companies that have gone bankrupt in 2022.

FTX’s implosion was the biggest and most spectacular crypto downfall in 2022 thus far. The Bahamas-based exchange started the year with a $32 billion valuation, hired celebrities including Larry David and Tom Brady for flashy Super Bowl ads, and put its name on the home arena of the NBA’s Miami Heat. FTX, which said it had more than a million users, positioned itself as a “white knight” that could rescue other crypto firms amid market turbulence earlier this year.

But by November, FTX went bankrupt after a week in which a possible merger with rival crypto exchange Binance failed, FTX founder Sam Bankman-Fried dealt with allegations that he had funneled customer deposits to FTX’s affiliated trading firm Alameda Research, and the exchange suffered withdrawals of about $6 billion in just 72 hours. Bankman-Fried has said he is “deeply sorry about what happened” and acknowledged a “massive failure of oversight of risk management,” but said he did not intentionally commingle FTX’s user deposits with Alameda’s trading activity.

John Ray, the new CEO brought in to oversee FTX’s bankruptcy, said he had never before seen “such a complete failure of corporate controls” – and Ray was the executive tasked with cleaning up Enron’s debts in the wake of its early-2000s accounting fraud scandal.

Crypto lender BlockFi was the first crypto company to follow FTX into bankruptcy, filing for Chapter 11 about two weeks after FTX’s collapse.

BlockFi had several ties to FTX, and it had relied on a $400 million FTX credit facility to stay afloat after competing crypto lenders Voyager Digital Ltd and Celsius Network went bankrupt as a result of market turbulence earlier in 2022.

BlockFi has previously said it had 450,000 users and intends to ask a bankruptcy judge to allow some of them to withdraw funds. The users that would be able to withdraw funds have non-interest-bearing BlockFi Wallet accounts, which BlockFi created earlier this year as part of a $100 million settlement with the US Securities and Exchange Commission.

The crypto hedge fund Three Arrows Capital (3AC) was the first major crypto firm to go bankrupt in 2022, brought down by the collapse of cryptocurrencies Luna and TerraUSD in May. Those meltdowns roiled crypto markets around the world, wiped out $42 billion in investor value, and led to an arrest warrant in South Korea for the cryptocurrencies’ developers.

Singapore-based 3AC, which was reported to have $10 billion in cryptocurrency earlier in 2022, began bankruptcy proceedings in the British Virgin Islands in June.

Professionals overseeing 3AC’s liquidation have said that its founders fled overseas and are not cooperating with efforts to recover assets for creditors.

Voyager, a New Jersey-based crypto lender, in July filed for bankruptcy in the United States after 3AC defaulted on a crypto loan worth more than $650 million.

Voyager had hoped to move its bankruptcy quickly through the US court system, having reached an agreement in September to sell its assets for $1.4 billion in crypto to FTX.

The proposed sale fell through following FTX’s implosion, and Voyager reopened discussions with other potential buyers, including the crypto exchange Binance.

Another crypto lender brought down by the Terra and Luna collapse, Celsius Network began its US bankruptcy case in July on rockier footing than Voyager.

Since then, Celsius has been embroiled in disputes over fraud investigations, disparate treatment of customer accounts, customer privacy, and its spending on a new bitcoin mining facility.

Celsius’ bankruptcy judge has appointed an examiner to investigate whether Celsius operated as a Ponzi scheme and to broadly review the company’s finances. Celsius has said it welcomed an independent review, but it expressed concern about overlapping investigations undertaken by its creditors, state securities regulators and the bankruptcy examiner.