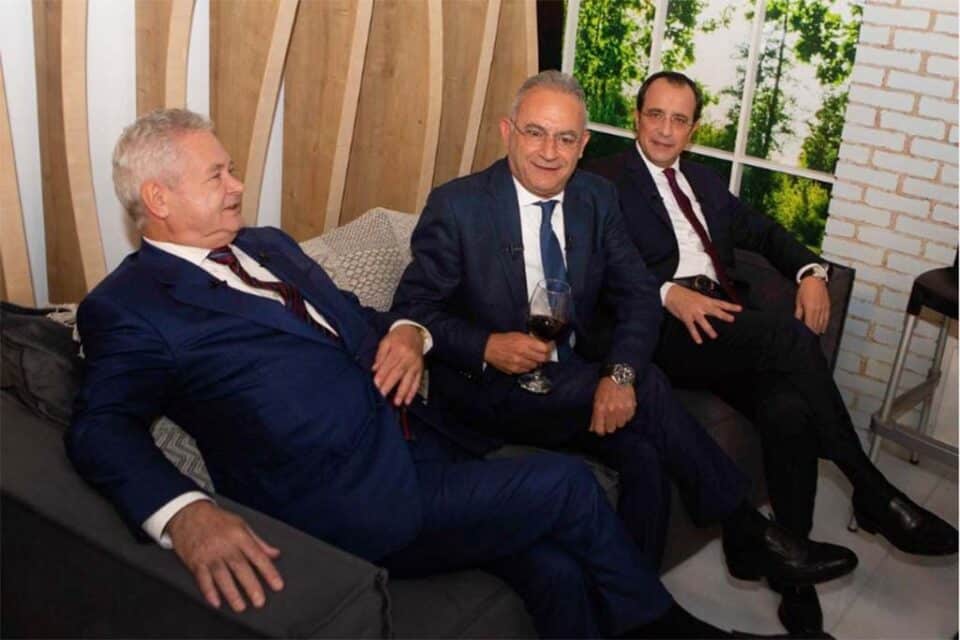 The second presidential debate broadcast simultaneously by the four private television channels was held on Thursday night. Like the first one, the guests were the three leading candidates, who had agreed to exclude all the independents from the cross-channel debate, something the TV station bosses were happy to go with, presumably, because it made things easier for them.

While the stations’ decision may have been influenced by logistical considerations – a debate with six or eight candidates in the studio may have been difficult to arrange and manage – its political implications cannot be swept under the carpet. It is a decision that does not offer a good account of our democracy, as it shows we are living in a tyranny of the political parties which are intent on excluding anyone that is not in the system. Ironically, the parties are often referred to as the ‘cells of democracy,’ but it is a restricted democracy.

The representatives of the three main contenders for the presidency may have agreed among themselves to keep out the independents so they are not undermined during the debate, but the television stations were not obliged to satisfy them. Their broadcasting licence is issued by the state, and the terms of this licence have no provision about serving the interests of political parties.

TV bosses would argue that they give a platform to the independent candidates, inviting them to appear on news panels – rarely during peak viewing times, it has to be said – and thus fulfil their obligation to promote pluralism. Yet the exclusion of the independent candidates from the cross-channel debates is a message that the stations do not take them seriously, consider them no-hopers, and are therefore not prepared to give them an opportunity to appear with the big boys of the election.

They are, in this shabby way, deprived of the chance to show the electorate that they might be better qualified for the presidency than the party candidates. How would they be able to show this when they are not given a chance to appear in a television debate, in the same studio, with the privileged three? We are not suggesting that the appearance of independents in TV debates against main candidates would swing the election away from the party candidates, but it could provide one of the independents with some momentum. Regardless of how small the probability of this happening is, it exists and should not be eliminated by the TV stations in cahoots with the main candidates.

It could be argued by the stations that there are too many candidates (at the last count there were 13) and they could not possibly get them all into a studio. Even if they were split into two groups it would be difficult to have a debate. But they could make a judgment call, which is what they have already done, and perhaps kept out the attention-seekers. There are at least three, strong independent candidates who would have made a positive contribution to any debate, offering an alternative to the candidates of the parties that have been exercising total control over Cyprus politics forever.

Voters are deprived of the opportunity to hear the alternative voices of the elections and judge them against the representatives of the party establishment. The undecided do not have the time to run around election gatherings of all the candidates or scour websites to decide who to vote for. Seeing them in a TV debate could give voters a better idea of the election choices on offer, alert them to new ideas or different ways of doing things and, generally, give them a better picture of what is at stake in the ballot.

Rather than taking this responsibility seriously, the television stations are helping reinforce the idea, propagated by the candidates of the parties, that voting for an independent is a wasted vote. Excluding them from the cross-channel debates is tantamount to saying that it is not worth anyone’s time to listen to them because they are no-hopers – second-rate candidates certain to lose that do not deserve to be in the same studio as the chosen ones of the parties. The TV station message is very clear – there are only three candidates standing for the presidency because in our democracy, candidates who are not backed by the political party system are threats to the established order and have to be marginalised.

Sadly, this blatantly discriminatory treatment, which ensures there is no level playing field for the candidates, has been largely ignored by society, apart from a protest by one of the independent candidates; others have just accepted that they cannot fight the party system. The Broadcasting Authority has not deemed it necessary to intervene or say anything, probably because it is made up of party appointees and does not want to challenge the established political order.