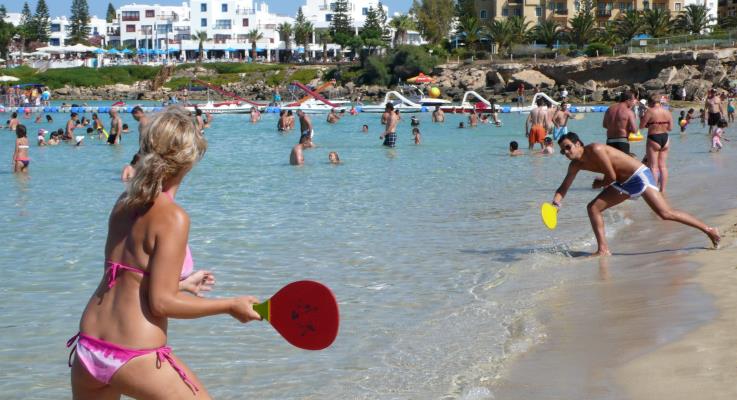 Deputy Minister of Tourism Savvas Perdios on Tuesday said that the future of Cypriot tourism is promising, despite a number of challenges, before expressing his desire that the upcoming presidential elections will not result in someone destroying everything that has been built so far.

“Our tourism industry continues to stand strong, with the potential of better prospects than what we were used to before,” Perdios said, after listing a number of stumbling blocks, including the war in Ukraine and the Covid-19 pandemic.

“And this is certainly due, not only to us, but also to you and the cooperation between us over the last four years”, he added, addressing the tourist agents in attendance.

Moreover, in his address, Perdios spoke about the major changes that the tourism industry has experienced due to the war in Ukraine.

“Cyprus was deprived of a significant market, that of Russia. We lost 800,000 arrivals overnight. We are the only country, at least in Europe, that lost almost 25 per cent of its tourism overnight, with almost no prospects of returning this market to its pre-pandemic state, at least for the next few years”, the minister said.

“Whoever thinks that will this market will return to how it used to be, they are wrong,” he added.

He noted, however, that tourism operators, even those that worked exclusively with the Russian market, have found a way to get back on their feet, before saying that he is proud of their resilience and ability to bounce back.

“Despite the difficulties, we are at 80 per cent of 2019 arrivals and at almost 90 per cent of the revenue. We have managed to bring tourists to Cyprus from markets that were not given due importance in the past. We are going through a record year this year in terms of visitors from France, Denmark, Poland, Hungary, and, if I’m not mistaken, Italy,” Perdios said.

“The European Union now accounts for 40 per cent of our tourism. I expect that with the recent announcements from companies such as Wizz Air, Ryanair, and others, who will follow, I’m certain, that in the next few years these markets will account for more than 50 per cent, maybe even 60 per cent, of our tourism,” he added.

Moreover, Perdios said that there are opportunities during times of adversity, before noting that travel agents can now focus on a number of other markets.

He explained that this is something that the industry has wanted to achieve and that the Deputy Ministry of Tourism will be by the sector’s side as it endeavours to meet its objectives.

On a more personal note, Perdios said that it has been an honour for him to work with Cyprus’ tourism operators.

“I feel you as my own people, and I wish that what we have built is not wrecked by anyone in the future,” Perdios said.

“We have worked very hard, all of us, for a transition from the CTO to a Deputy Ministry, as this is what you also wanted, this is what all the tourism agencies wanted”, he added.

What is more, he expressed his belief that if Cyprus continues the implementation of the National Tourism Strategy, “this country has a future”, before conceding that certain things still need to be implemented.

The deputy minister also referred to the goal of increasing the satisfaction rate of visitors to 90 per cent by 2030, with the percentage currently standing at 86 per cent.

“This is very high compared to competitors such as Crete, Rhodes, Kos and Antalya, who range from 80 to 82 per cent,” the minister concluded.