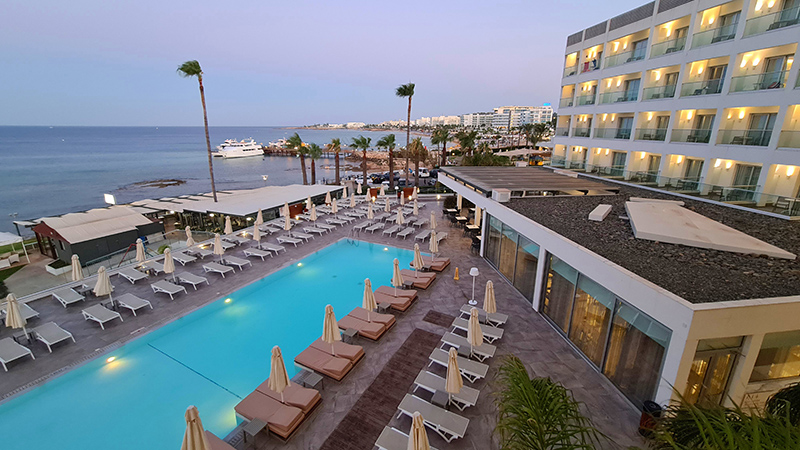 Cyprus Chamber of Commerce and Industry (Keve) secretary general Marios Tsiakkis this week said that this year has been a critical one for Cypriot tourism, posing many challenges for all local stakeholders.

“Even among all of these adverse conditions, we managed to succeed,” Tsiakkis said, referencing the disruption caused by the war in Ukraine and the preceding Covid-19 pandemic.

“Our achievement this year of reaching 80 to 85 per cent of tourist arrivals and around 90 per cent of the revenues of 2019, which was a record year for our tourism, is very important because, at the beginning of the 2022 tourist season, we all expected a major setback in terms of how tourism would performance, especially given the importance of the Russian market,” he added.

The Keve secretary general also stressed the fact that despite the aforementioned positive results, the Cypriot tourist industry should not become complacent, as tourism is dynamic and the trends and preferences of tourists change every year.

“We should not close our eyes to the perennial problems plaguing the tourism sector,” he said.

“As we have said many times, Cyprus should not only be sun and sea, it also has many other comparative advantages, but in order to take advantage of them, we need a plan and a programme”, he concluded.

Meanwhile, Vasilis Stamataris, the president of the Association of Cyprus Travel Agents (ACTA), said that the association’s members have learned how to adjust to the various challenges throughout the years.

“However, this was too much,” he said, noting that “the pandemic, bad weather, wars, soaring inflation, they all hit together at the same time like a barrage of missiles”.

“Under these conditions, the results we have managed to achieve, with inbound tourism clocking in at 80 per cent of 2019 levels and decreasing outbound tourism, due to the travel restrictions imposed in third countries, should find us pleased,” he added.

Stamataris also said that it is saddening to see so many companies offering packaged deals, before noting that travel agents are the ones who have been helping the tourism industry to grow all these years.

He also referred to the new rules promoted by the European Commission to modernise organised travel, for which the European Association of Travel Agents and Tour Operators both note that there is no alignment between the measures imposed on tour operators and those imposed on airlines.

“As tourism professionals, we believe that this legislation is one-sided, it sets several obligations and commitments to travel organisers, which certainly do fall under the normal scope of organising a travel package,” he concluded.