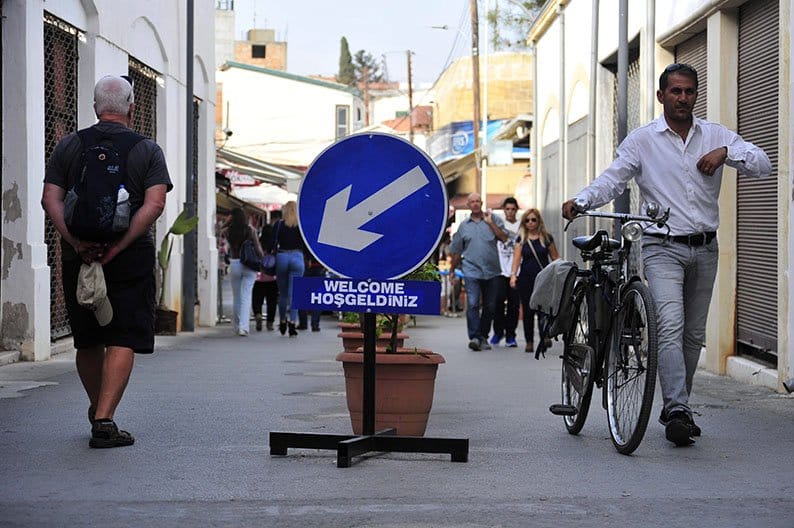 Civil society should be involved in the dialogue on the political future of the country, the moderator of a bi-communal group of Cypriots who formulated a detailed solution to the Cyprus problem said on Friday.

Christos Panayiotides, a certified public accountant and regular political and economic commentator, presented the ten main points of the 12-member ‘Eastern Mediterranean Think Tank’ during a press conference at the Journalists Union.

Speaking in Greek, he also referred to the Turkish Cypriot ‘compatriots’ and thanked the presidential candidates and their representatives for attending the event. “All presidential candidates understand the importance for the speedy reunification of our homeland,” he said. Among them was Marios Eliades and Constantinos Christofides as well as representatives from the electoral staff of Andreas Mavroyiannis and Nikos Christodoulides.

However, it is naïve to think that we will achieve a ‘perfect solution’ the moderator said, explaining that it is up to us to make any solution that will be adopted, work.

“Time is running out,” Panayiotides noted, highlighting that the main goal is the promotion of the involvement of all Cypriots in the dialogue for a solution to the national problem.

Under the comprehensive and detailed proposals for reaching an agreement between Greek and Turkish Cypriots, the guarantor powers, the European Union and the United Nations are efforts that revolve around the adoption of the bicommunal, bizonal federation model.

Panayiotides mentioned ten basic pillars supporting the proposal, which concern the involvement of the European Union to provide substantial support in the sectors of security and the resolving of deadlocks and the creation of the feeling of security to all Cypriots.

One currency and a unified common market across the island are also among the key elements, as well as the formulation of a common legislation excluding the local administration, and a common electoral platform despite the separate elections for the presidents of the two constituent states.

The use of placenames and road signs in Greek and Turkish throughout Cyprus should be compulsory while close political interventions of Turkey should be put to an end. However, the island should maintain good relations with the neighboring country, Panayiotides said.

Referring to the need for coordinated efforts to end corruption, he said that “corruption Is the other side of the same coin which is called ‘Cyprus Problem’”.

The tenth pillar mentioned by the moderator of the Think Tank was the rejection of the “megalomaniacal mindset” that Cyprus is at the centre of the earth and that it should have a leading role in international matters.

Retired lawyer and businessman Lakis Zavallis, and retired economists Olympia Syrimi-Stylianou and Charalampos Charalampous were also in the panel.