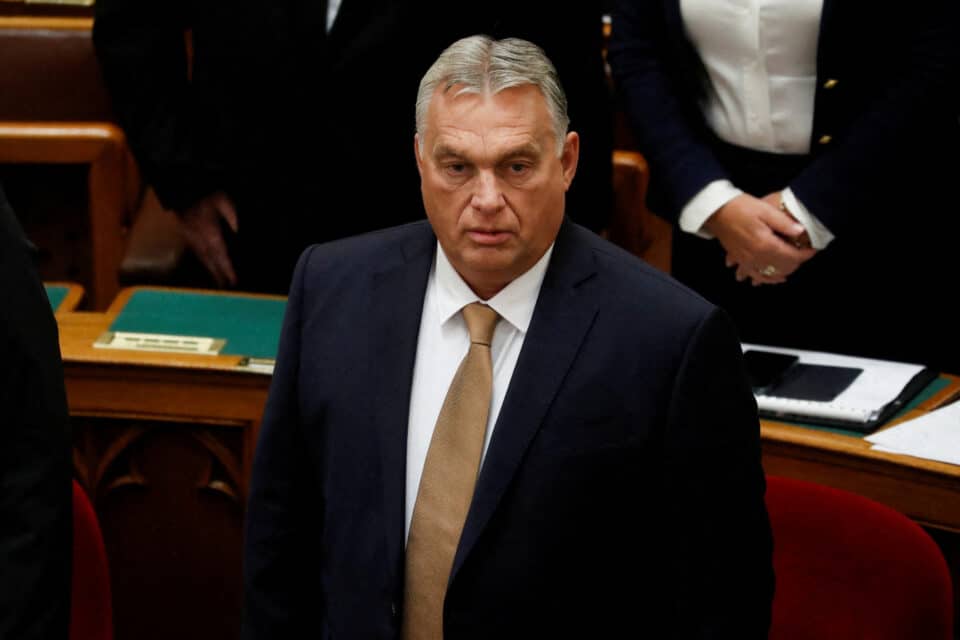 The European Union was haggling with Hungary on Friday over releasing billions of euros in aid in exchange for Budapest revoking its veto on extending a joint loan to Ukraine and acceding to a minimum global tax.

The EU’s executive was due to come up with a new assessment on Friday of the state of democracy in Hungary to help the bloc’s 26 other member states decide on whether to grant Budapest up to 13.3 billion euros ($14 bln) worth of funds.

Trying to unlock access to the money, Hungary’s nationalist Prime Minister Viktor Orban is facing one of the greatest challenges of his 12-year rule as domestic inflation is seen climbing to 26% this month, the cost of state debt has shot up and the economy is expected to slow sharply next year.

The EU has blocked the funds over worries around corruption and poor judicial independence in Hungary, which in turn vetoed the EU loan to Kyiv and a proposal for a global corporate tax.

In an intensifying tug-of-war, a senior EU diplomat worried that the planned approval later on Friday of new sanctions against Russia for waging war on Ukraine might also be highjacked by Budapest.

Orban, in power since 2010, has cultivated close ties with Moscow and repeatedly stalled EU sanctions against Russia. The self-styled “illiberal” crusader has had many fights with the EU over media and academic freedoms, the treatment of migrants and LGBT rights.

International watchdogs say Orban has long channelled EU funds to associates to entrench himself in power. Orban says Hungary is no more corrupt than others.

The European Commission is due to communicate its position to the Czech Republic, current holder of the EU’s rotating presidency, in a letter later on Friday, two officials said.

Hungarian Justice Minister Judit Varga said this week that parliament had approved more laws to address the graft concerns since the Commission concluded its last assessment in November.

Sources said EU countries could seize on Hungary’s latest legal changes to conditionally approve Budapest’s national recovery spending plan worth 5.8 billion euros and lower from 7.5 billion the value of other funds to be frozen.

That discussion might only happen on Monday, the sources said, adding that any decision on funds for Hungary would also depend on whether Budapest moves on the two blocked files.

The complex puzzle might end up at the top EU level when the bloc’s 27 national leaders including Orban meet on Dec. 15-16.

With Hungary’s forint currency down 11% versus the euro this year, Orban has sought to strike a deal with the Commission, creating an anti-graft agency to unlock the EU funds.

The Commission had earlier recommended freezing 7.5 billion euros, or 65% of development funds assigned to Hungary from the EU budget until the end of 2027, citing corruption risks.

The Commission has also been withholding its approval of some 5.8 billion euros for Hungary from an EU fund set up to help countries recover from the COVID pandemic, citing insufficient independence of courts from politicians.

An end-of-year deadline increases the pressure as both sides seek to wring concessions. ($1 = 0.9492 euros)