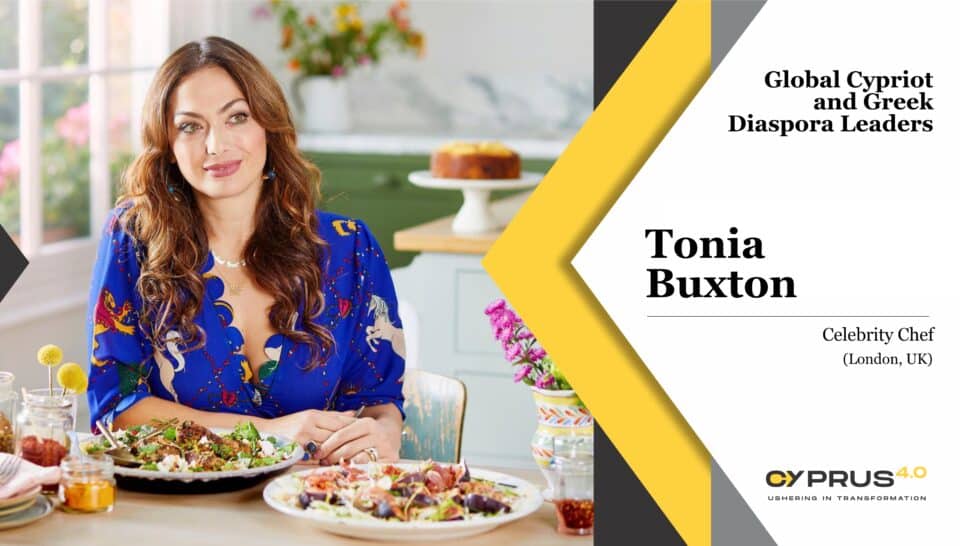 Tonia Buxton has been immersed in food from a young age, from the forced apprenticeship in her Mum’s kitchen where she started to understand the power of good food. Her real love for Greek, Cypriot & Mediterranean food has rightfully earned her the title as the ‘Face of Greek Food and Culture.’ 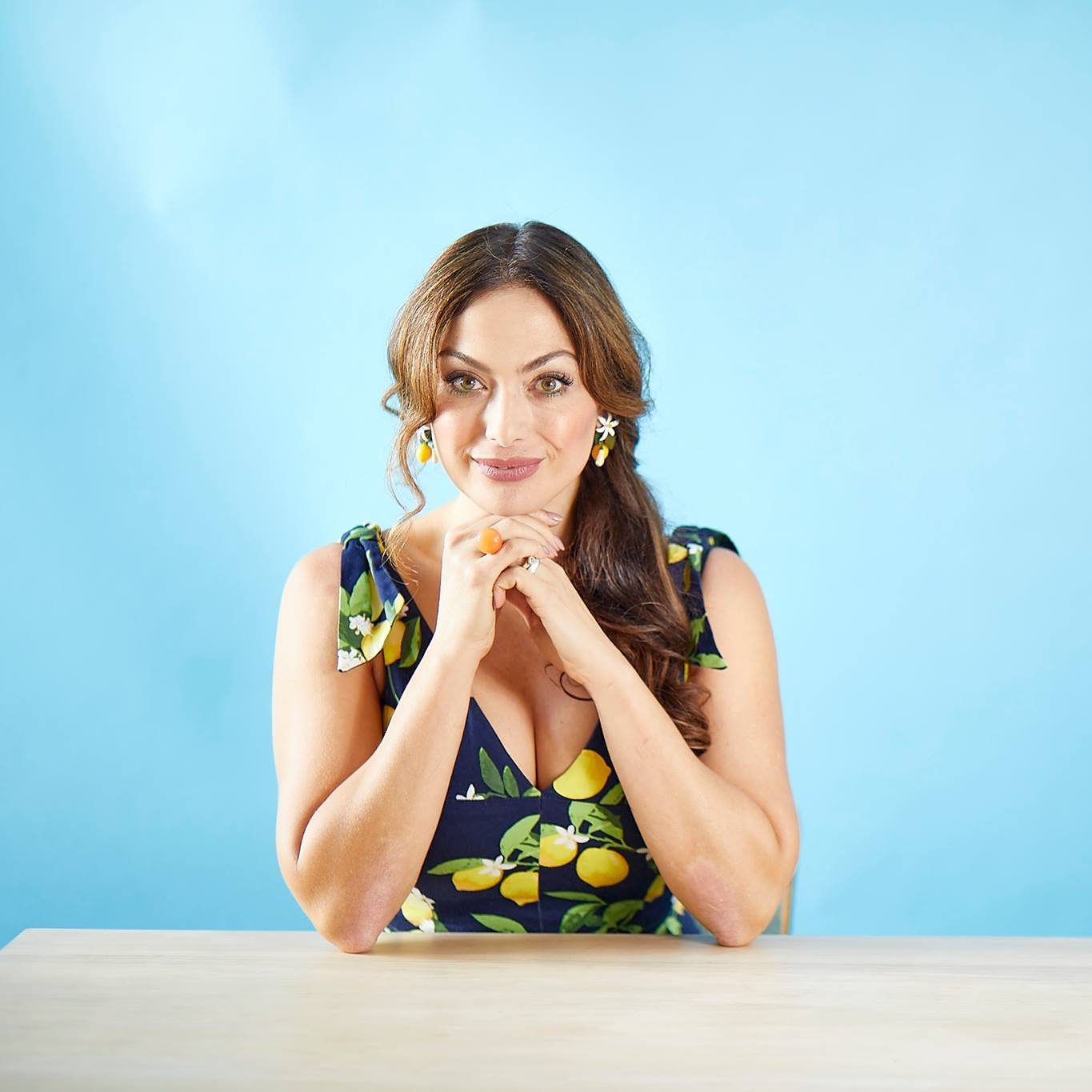 Tonia, you are a celebrity cook, television presenter and food writer best known for your highly successful shows My Greek Kitchen & My Cypriot Kitchen. When did you realise, this is it, food is my passion, particularly Greek-Cypriot cuisine?
“I had to cook for my family when I was young, and since both my mother and grandmother were excellent cooks, I learned from the best. However, I do not think I ever truly loved cooking back then; it was more of a chore. But when I went to university, everything changed. I was shocked to see that many of my friends could neither cook nor eat good food. I then began preparing simple Greek and Cypriot dishes, which made me very popular.”

What do you think it is about Cypriot cuisine that sets it apart from any other? How would you explain to someone the difference between Greek and Cypriot dishes?
“The wonderful thing about Cypriot cuisine is that it has infused flavours from the island’s conquerors and visitors and created a distinctive cuisine. While there are differences from village to village and even country to country, I believe the fundamental difference is that we have combined more Middle Eastern elements, which has resulted in a richer Cypriot cuisine.” 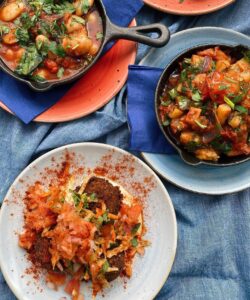 Do you think the gastronomy game in Cyprus needs to be upped to increase its global appeal?
“The younger generation has taken what they have learned from Yiaya in the kitchen and perfected it, and I think there are some beautiful things occurring in Cypriot gastronomy right now. I especially enjoy the new wave of dishes that are emerging employing our lovely Cypriot products, not just our food, but also our wines. New techniques for producing wine that use amazing micro-vilification and little to no sulphates.

“I was requested to attend and judge the outstanding Eurotoques Cyprus, a culinary competition featuring both amateurs and professionals, which supports local products, food and beverages, local production, whilst safeguarding our civilization and local culture.”

What advice would you give home chefs who are inspired by your style of cookery?
“There is nothing better than eating food you have made from scratch, and that is how I like to cook. The most important thing about home cooking is to do it. Occasionally you may make mistakes, but it is all part of the adventure.”

Tonia, you are also an anti-ageing expert, writing and giving talks on how to stay young, both internally and externally. What is your secret to staying vibrant and relevant, and fighting to keep ageing at bay?
“Most of it is psychological. I actively seek out happiness and fun because I do not want to grow old. We may all take steps to maintain our youthful appearance and feeling. Do not consume junk food or anything processed. Purchase some organic high phenolic olive oil and consume it often; Agrophilippos or Atsas are two of Cyprus’ greatest offerings. Swat while brushing your teeth, dance around the kitchen, or do anything else that gets you moving.”

What is the one thing that you love about Cyprus the most?
“The Cyprus of my childhood, where I felt at home and where philoxenia was at the pinnacle of its society, is the Cyprus I love the most. At times, I feel like we have lost our path a little, but then I encounter Cypriots who blow me away and who are the best people in the world.” 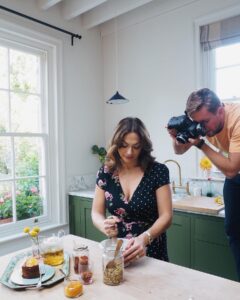 What is it about your Cypriot food journey that has made you proud?
“The thing that makes me the proudest is that, prior to the 18 years since I created My Greek Kitchen and My Cypriot Kitchen, there had never been a television show on our cuisine and travel. Yes, mostly Greece and occasionally Cyprus would be featured in a Mediterranean show, but never exclusively. I produced a series of 45 episodes, and they have been screened in 30 nations worldwide—many of which, like Kazakhstan, had never heard of Cyprus before. I was very happy when I started receiving dozens of emails from individuals telling me they were planning vacations to Cyprus after seeing the episodes.”

Do you have an empowering motto or personal creed that helps shift your mindset?
“Several of these are ‘If you believe in what you are doing, never give up’ and ‘Always treat others as you would like to be treated.’ My personal favourite is ‘Will it bring me Joy?’ If so, act on it despite how difficult it may seem right now.”

The pride of Cyprus

A stalwart of the London Greeks

The tastiest, lab-grown ‘meat’ on the planet