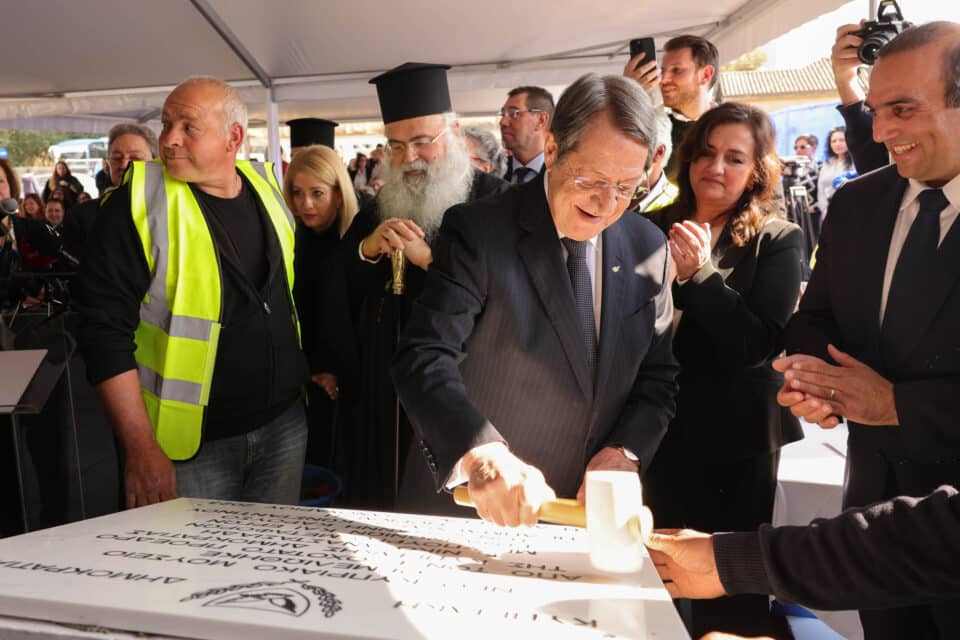 President Nicos Anastasiades on Monday laid the foundation stone for the new €144 million Cyprus museum in Nicosia on a “truly historic day” for the country.

The construction is the state’s most important cultural investment for several decades, the president said, as it will showcase the rich cultural heritage and the historical evolution of the country.

“I have referred to a historic day because like any modern country that respects and honours its history and culture, Cyprus is finally acquiring its own national museum,” Anastasiades said at the construction site, located opposite the existing archaeological museum.

The museum, where admission will be free, will also inform present and future generations about the roots of the “formation of our Cypriot Hellenism identity”, the president said.

He added that the need to build a a new national museum was recognised as far back as 1973.

It took nearly 50 years for the government to proceed with the announcement of the tender in 2021. But, Anastasiades explained that some delays were caused due to bureaucratic and technical procedures but more recently because of the coronavirus pandemic.

Both the president and Transport Minister Yiannis Karousos, who was present at the ceremony, said the museum will become a “reference point” for the country and the capital.

“With this museum, Cyprus will gain an identity on the European cultural map,” Karousos said.

Following its completion, “we will have a unique museum,” the minister said, adding the museum will be a national landmark.

At a cost of €143,924,216 million including VAT, the new, 40,000-square metre museum will be constructed across the street from the existing one build in 1908 by the British colonial government. The location is across the road from parliament and very close to the central business district and supreme courts.

It will house over 6,500 antiquities in permanent exhibition spaces which will be divided into three distinct, spatial and conceptual units that will reveal the long history of the country and its relationship with the sea. The presentation will enable an experiential and participatory visit for the public and researchers alike.

Spaces for periodical exhibitions, educational programmes, conservation workshops, a library, and an amphitheatre, are also part of the plans.

The construction was appointed to Theoni Xanthi after the tender was awarded to Iacovou-Cyfield joint venture. It is expected to be completed within 42 months.