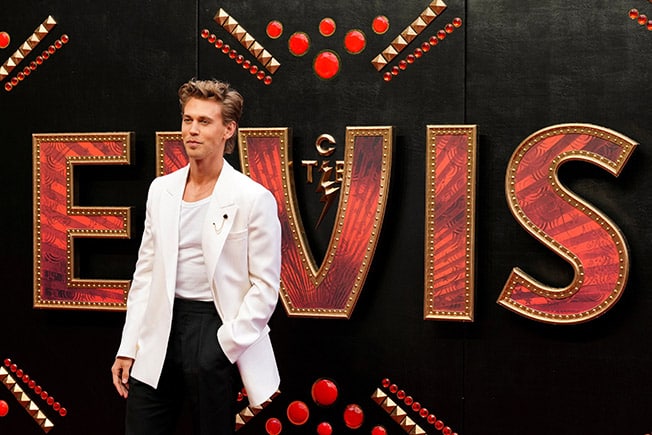 The splashy “Elvis” biopic, dark comedy “The Banshees of Inisherin” and multiverse adventure “Everything Everywhere All at Once” landed nominations for best picture at this year’s Academy Awards on Tuesday.

Others competing in the prestigious best picture race include Steven Spielberg’s coming-of-age film “The Fabelmans” and “Avatar: The Way of Water,” James Cameron’s blockbuster sequel that currently ranks as the sixth-highest grossing movie of all time.

Winners of the industry’s highest honors will be unveiled at a March 12 ceremony hosted by comedian Jimmy Kimmel and aired live on Walt Disney Co’s DIS.N ABC network.

The Oscars and other entertainment awards shows have been struggling to attract TV viewers, particularly younger ones who spend time on TikTok and YouTube.

Winners will be voted on by the roughly 10,000 actors, producers, directors and film craftspeople who make up the Academy of Motion Picture Arts and Sciences.

The following is a list of nominees in leading categories.

“All Quiet on the Western Front”

“Avatar: The Way of Water”

“The Banshees of Inisherin”

“Everything Everywhere All at Once”

Colin Farrell – “The Banshees of Inisherin”

Michelle Yeoh – “Everything Everywhere All at Once”

Martin McDonagh – “The Banshees of Inisherin”

Daniel Kwan and Daniel Scheinert – “Everything Everywhere All at Once”

Brendan Gleeson – “The Banshees of Inisherin”

Barry Keoghan – “The Banshees of Inisherin”

Ke Huy Quan – “Everything Everywhere All at Once”

Kerry Condon – “The Banshees of Inisherin”

Jamie Lee Curtis – “Everything Everywhere All at Once”

Stephanie Hsu – “Everything Everywhere All at Once”

“The Banshees of Inisherin,” written by Martin McDonagh

“Everything Everywhere All at Once,” written by Daniel Kwan and Daniel Scheinert

“The Fabelmans,” written by Steven Spielberg and Tony Kushner

“All Quiet on the Western Front,” screenplay by Edward Berger, Lesley Paterson and Ian Stokell

“Glass Onion: A Knives Out Mystery,” written by Rian Johnson

“Marcel the Shell with Shoes On”

“Puss in Boots: The Last Wish”

“All That Breathes,” Shaunak Sen, Aman Mann and Teddy Leifer

“A House Made of Splinters,” Simon Lereng Wilmont and Monica Hellström

“All Quiet on the Western Front,” Germany

“All Quiet on the Western Front,” Volker Bertelmann

“The Banshees of Inisherin,” Carter Burwell

“Everything Everywhere All at Once,” Son Lux

“Applause,” from “Tell It like a Woman,” music and lyrics by Diane Warren

“Hold My Hand,” from “Top Gun: Maverick,” music and lyrics by Lady Gaga and BloodPop

“Lift Me Up,” from “Black Panther: Wakanda Forever,” music by Tems, Rihanna, Ryan Coogler and Ludwig Goransson, lyrics by Tems and Ryan Coogler